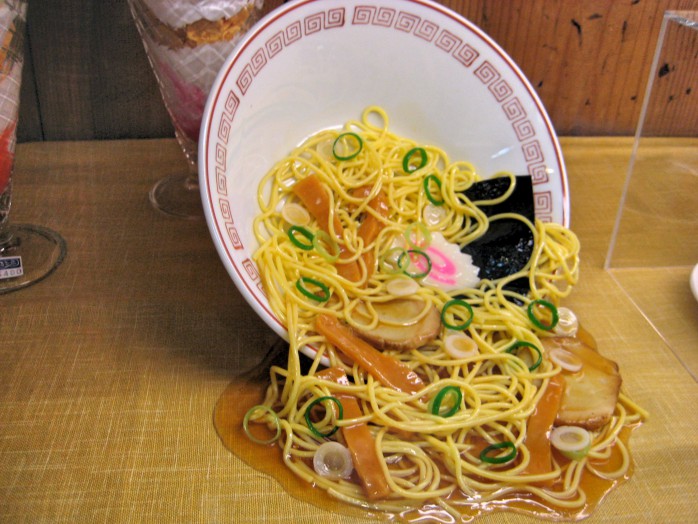 These are the Japanese typical foods.

Japanese food has been registered as World Intangible Cultural Heritage in Dec-2013.

Well, what is the definition of Japanese food?

According to president Isao Kumakura of Shizuoka University of Art and Culture, 4 items of “Boiled Rice” “Miso Soup” “Side dish” and “Pickles” are basic element of Japanese food, and he say that is the Japanese food if they are completed.

And we do not know exactly, but it is said the meals consisting of these elements began about 1000 years ago.

These elements have evolved individually in contemporary Japan, and then It have built up a unique food culture which is unlike any other in the world.

Japanese food is evolving even in appearance as well as taste. When we choose a meal in the restaurant, we want to know what comes out food with what decoration, don’t you? 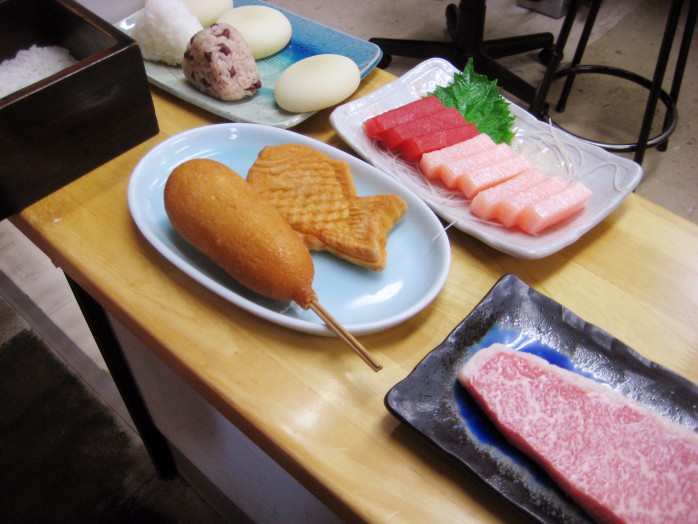 We can find fake food in the everywhere restaurant in Japan which never seen so much in the abroad.

Gujo-Hachiman is No.1 in Japan for the production volume of fake food, and also accounts for about 60% of the national share.

The reason why Gujo-Hachiman is No.1 is home city of Mr Takizo Iwasaki who laid the foundations of fake food which has widely spread in Japan.

There are many points worthy of note as tourist resort around Hachiman area in Gujo-Hachiman. You will get the hungry while you take a walk in the area. At such time, if you enter the fake food shop, you will get serious! Because, the appetizing fake food line up which you can’t eat despite you want to eat! 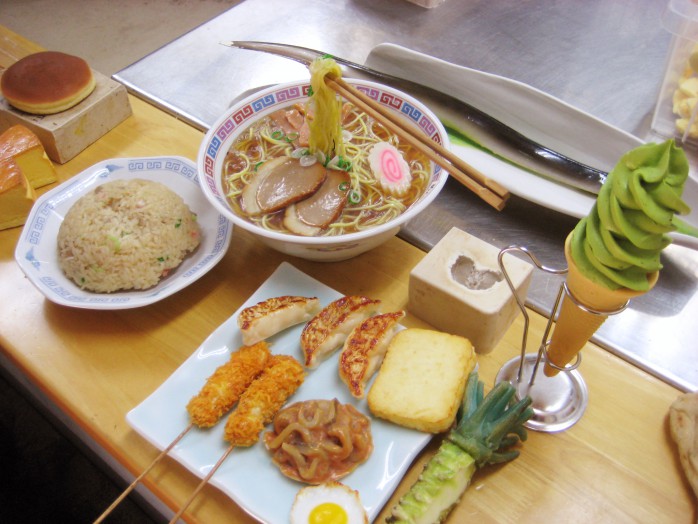 You want to eat real food when you get hungry, don’t you?

The fake food is judged by appearance, but the real food has to be delicious for also taste. One of the decisive factors of delicious food is water. The more the water is clean, the more food becomes delicious. Gujo-Hachiman is also abundant water town. 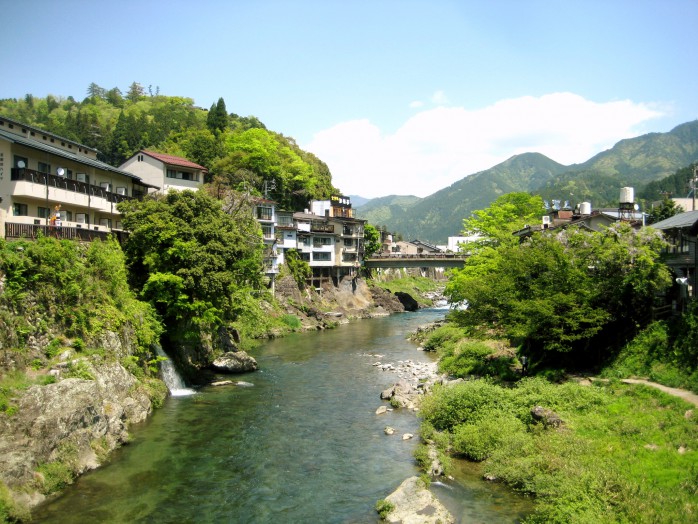 There are three great traveling poets. Sogi is one of them. About 500 years ago, he visited Gujo-Hachiman to be crowned with success for lined poem.

Why did he choose Gujo-Hachiman?

There is a castle on the top of the slightly elevated mountain overlooking the town. The feudal lord of Gujo-Hachiman had been Tou clan until destroyed by Kazumori Endo who built the castle. Sogi wanted to learn the innermost secret of poem from the 9th head of Tou clan.

Tou clan was lineage which descended from Teika Fujiwara who came from a distinguished family in Japan.

Many waterways run all over the town of Gujo-Hachiman, and there is a spring spot called “Sogi-water (Japanese: Sogi-sui)” which is symbol of water town. 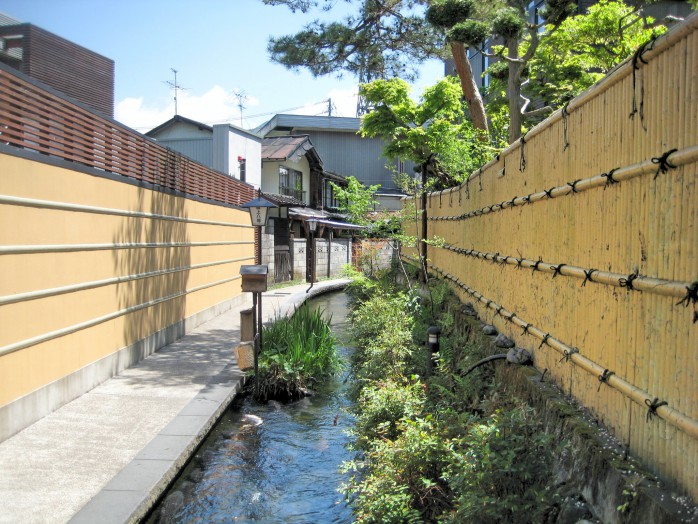 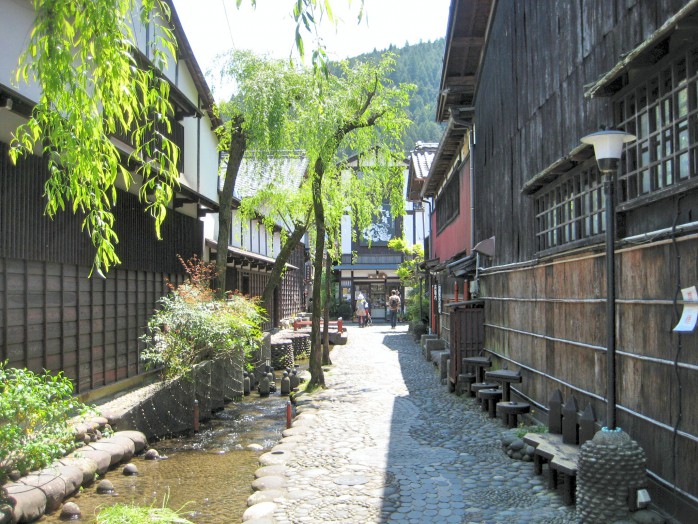 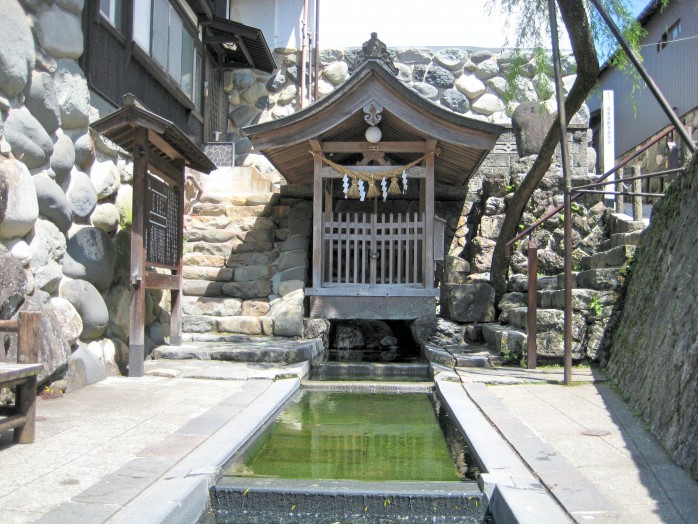 Did Sogi also have a meal made with Sogi-water?

By the way, if Sogi traveled to the present day, and was served fake food, he would be surprised! Don’t you think so? 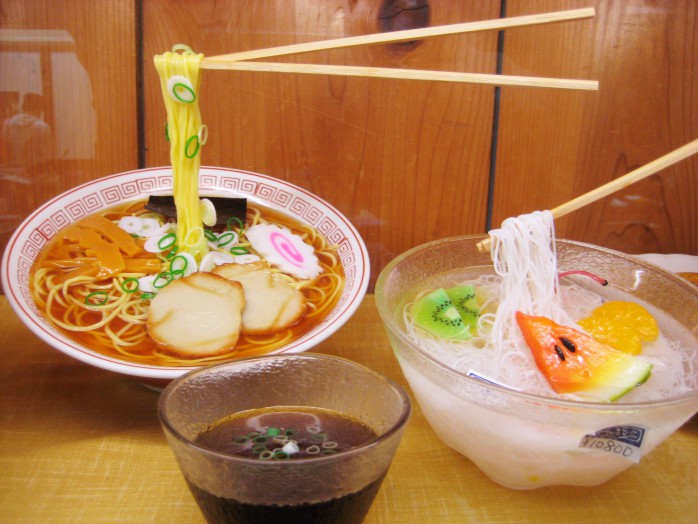 Even though it is fake and copy, if the more it close to real, the value increase. We will start from to imitate in the first place, even in painting, in sports. It will fall into your hand, furthermore you might be able to beyond the original.

When you have an opportunity to visit Gujo-Hachiman, please learn importance to imitate from “Fake food”! 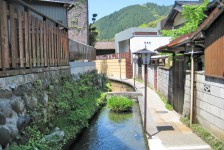 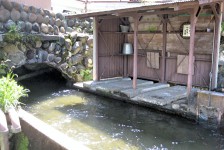 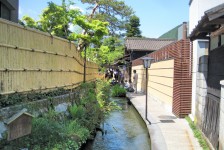 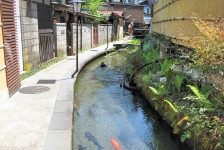 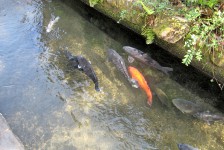 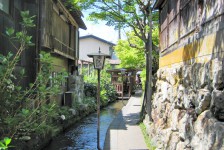 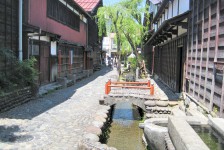 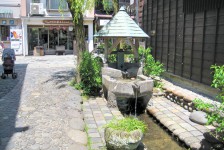 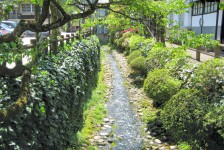 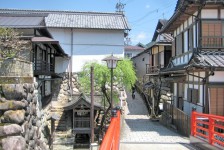 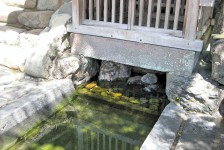 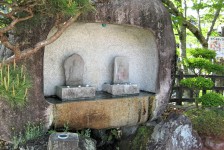 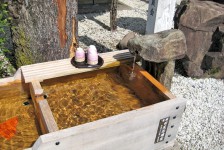 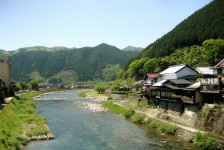 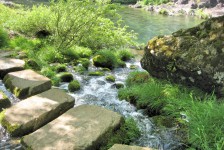 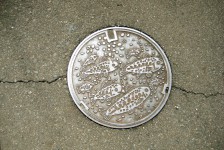 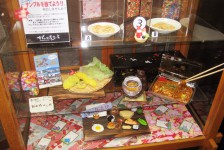 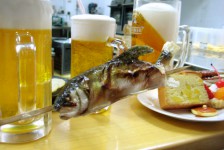 Popular Japanese sweets made from chestnuts in Nakatsugawa