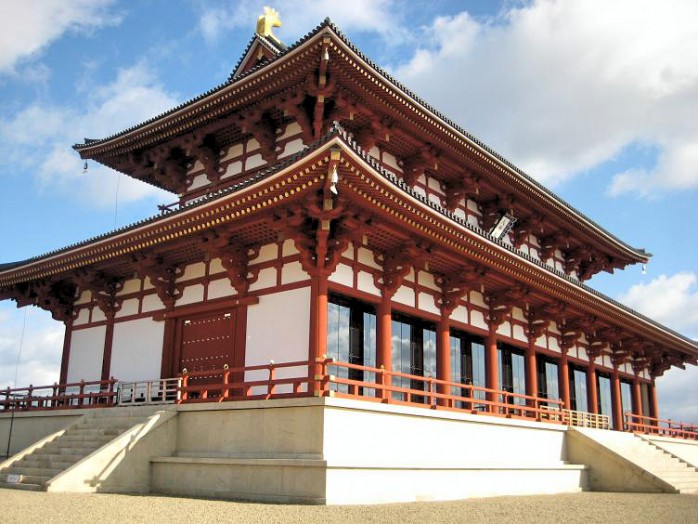 There is a ruins of Heijo Palace in Nara where was the former capital city in Japan about 1300 years ago.

It was the big palace which length was 1.3km for east and west, 1.0km for north and south, and the area was 120 hectare. 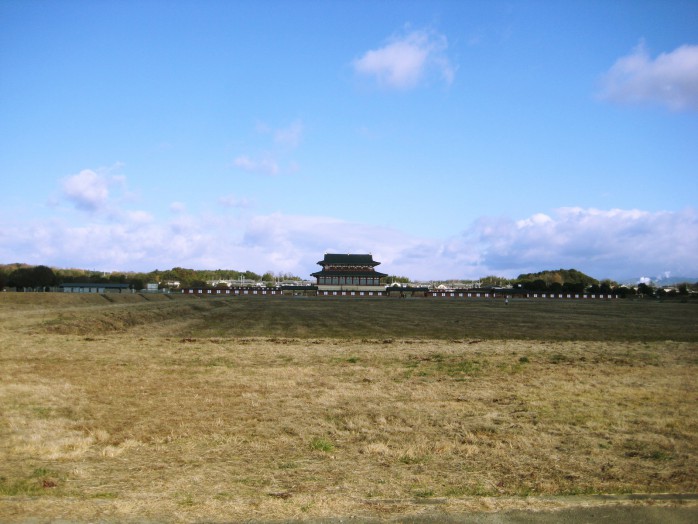 Nara is said that the east end of the Silk Road.

Due to that, many people who came from China, Korea and also distant India must have come and gone on the Suzaku Avenue which is the central main street in front of Heijo Palace. There was Heijo Palace in the northern end of Suzaku Avenue.

The ruins of Heijo Palace leaves a vestige of those days was registered UNESCO World Heritage Site in 1998 along with a number of other buildings and area, as the “Historic Monuments of Ancient Nara.”

The towering majestically the biggest building of Heijo Palace is Daiichi-Daikokuden (The Great Hall of State) which was restored in April-2010 in commemoration of 1300 years establishment anniversary. 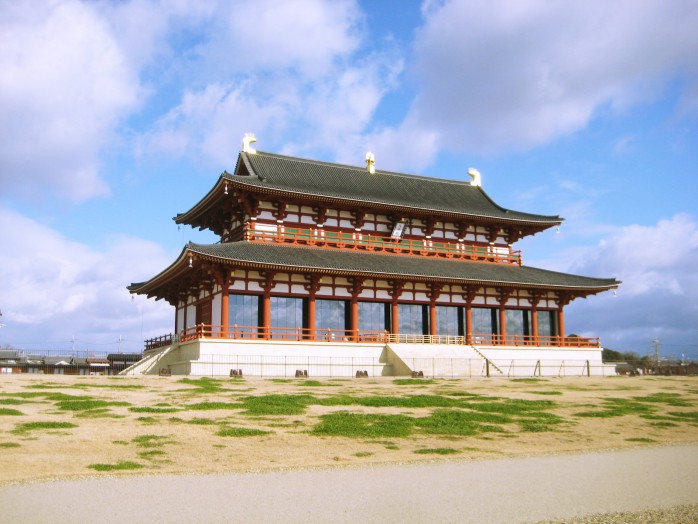 The then drawings and pictures to be a reference have not remained for Daiichi-Daikokuden, so it was estimated size and appearance by temple of same era, and was restored by reference of foundation which is ascertained in the excavation research.

There is a proverb “A powerful man of the space under the floor” in Japan. It means the action of making efforts and having a hard time without having them be noticed by others. It’s like “Unsung hero”.

Daiichi-Daikokuden is installed base isolation structure for the earthquake. The exterior is covered by design of 1300 years ago, and the interior is installed the highest level of building technology which Japan boasts to the world.

Exactly “A powerful man of the space under the floor”! 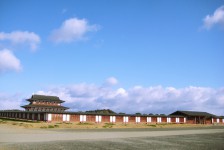 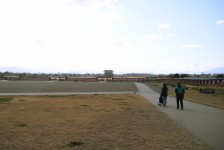 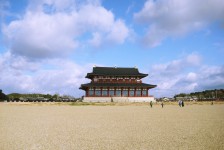