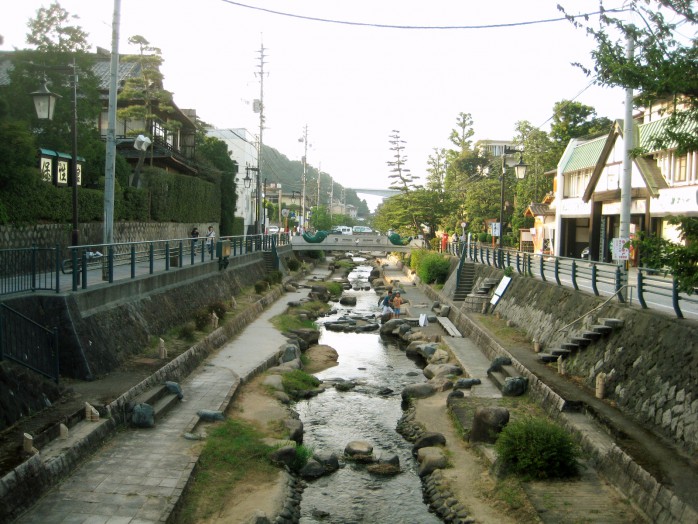 It exists. Accordingly, we need to overthrow the commonly accepted theory. So, it is excluded from subject of investigation and research, and it can’t stand on the front stage.

OOPARTS is the coinage comes from out-of-place artifacts. It refers to the archaeological artifact that it has been produced in processing technology that does not meet the level of the era and culture and civilization that produced.

What things are there concretely?

The examples are as followings.

■The stone coffin of Palenque.

The picture like an astronaut rides on a rocket is carved on the stone coffin, the length 3m, width 2.1m, height 1.1m, was hollowed from a piece of rock which was discovered at Maya ruins in Palenque of Chiapas of Mexico.

There is a iron pillar, the diameter 44cm, height 7m, underground 2m, weight 10t, in the suburb of Delhi of India. The iron pillar is said it have been built in BC 415, but it is made by high purity iron 99.72%, and the rust of the ground portion has not eroded inside for 1500 years.

■The fossil of screw

The fossil 300 million years ago which include object like screw was discovered from the rock while a research group was investigating collision site of meteorite in Kaluga of western Russia.

The above case is just a part, and many ooparts have been discovered worldwide.

How do you feel about? It is a surprise!

Why there is something like this? If you would like to know the answer, you might be able to agree if you read the book “Fingerprints of the Gods” written by Graham Hancock. If you are interested in it, please read.

By the way, the ooparts are scattered worldwide, but it exist also in Japan. 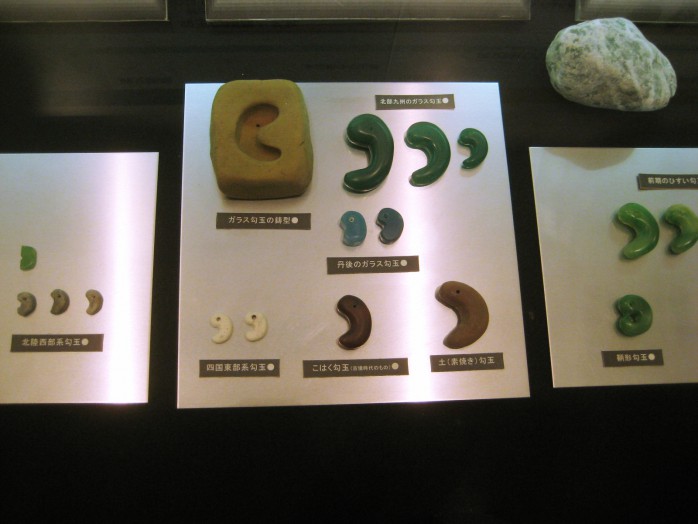 Magatama is one of the ancient Japanese trinkets. The oldest ones have been found from the ruins of the Jomon period (Jomon period: BC 131 to BC 4). Maga of Magatama is including meaning “curve”.

Why Magatama is ooparts?

There is a small hole that is supposed to have passed through a string on Magatama. There is reason on the hole.

There are many cases that Magatama have been made by jade, but is is very hard, the Mohs scale of mineral hardness of jade is “7”. Mohs scale “7” is hardness that is possible to scratch on the steel, and even though the diamond cutter use, it is very difficult. Moreover, the hole draw accurate circle.

How was the hole drilled in the era without the power tool?

It is not still cleared the mystery.

Japanese ooparts Magatama have been excavated in every places of japan, but one the producing centers is Tamatsukuri Onsen (Onsen means hot-spring) in Matsue of Shimane prefecture. 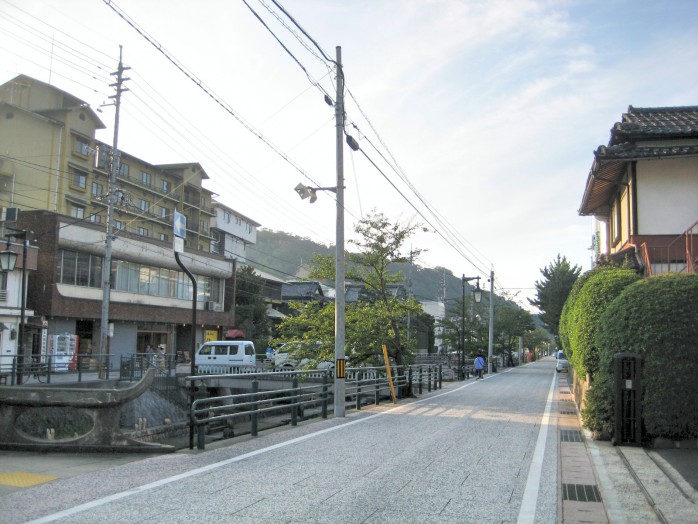 Tamatsukuri Onsen is historical town where was opened in Nara period (Nara period: 710 to 794). By the way, Tamatsukuri means “Making Magatama”. 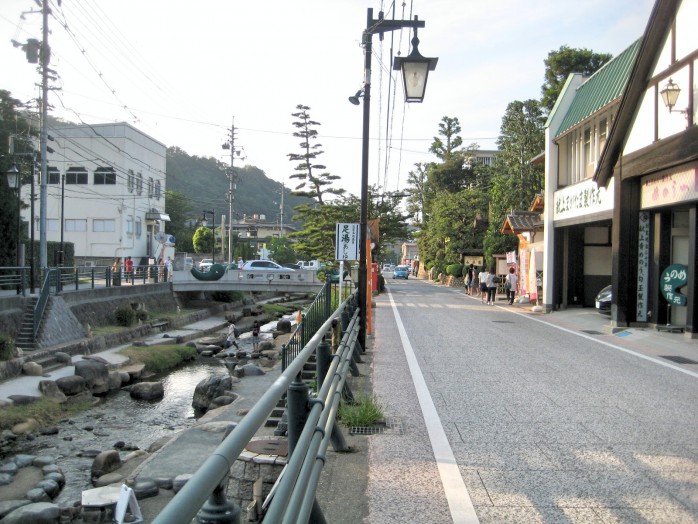 There is ruins through the Kofun period (Kofun period: mid of 3rd century to 7th century) to Heian period (Heian period: 794 to 710) for Magatama production on the hilly area where look down at Tamatsukuri Onsen town. The ruins is repaired as Izumo Tamatsukuri Shiseki Park where is restored dugout shelters and workshops. 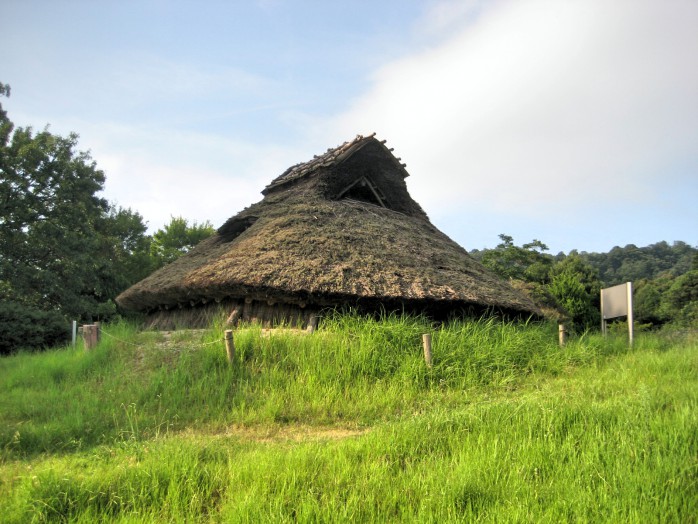 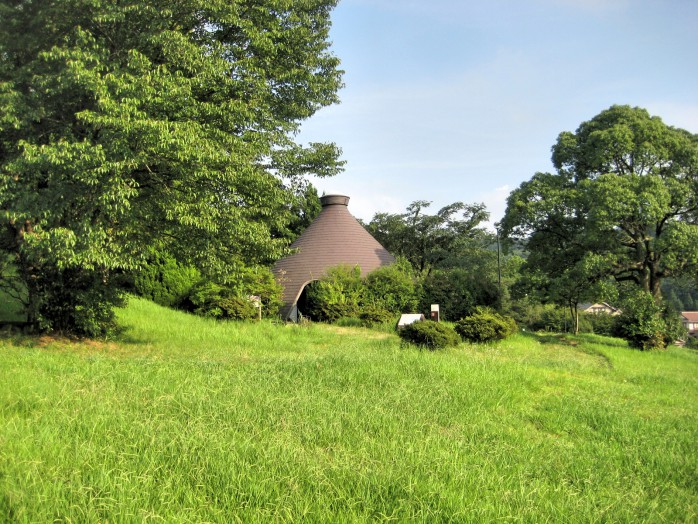 And the Magatama of Three Sacred Treasures is said it have been made in Tamatsukuri Onsen. The formal name is Yasakani-no-Magatama.

Tamatsukuri-yu Shrine in near Tamatsukuri Onsen town enshrines Kushiakarudama-no-mikoto who is said to have made Yasakani-no-Magatama. 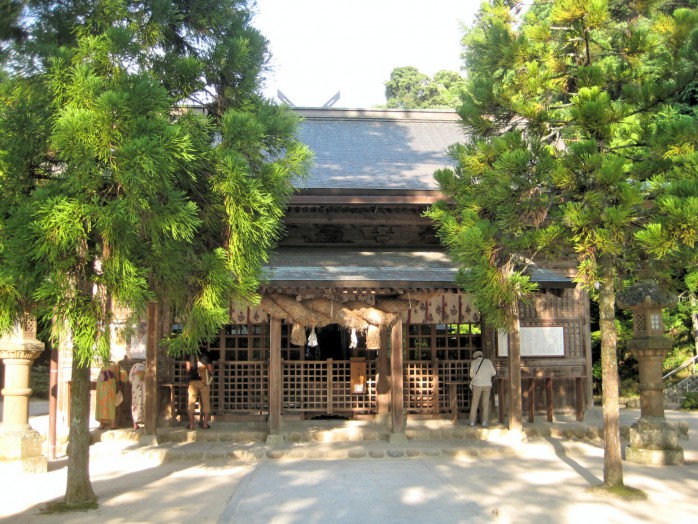 It is said your wish is realized, if you superimpose a small stone you can buy shrine office to Negai stone that is in the shrine’s area. 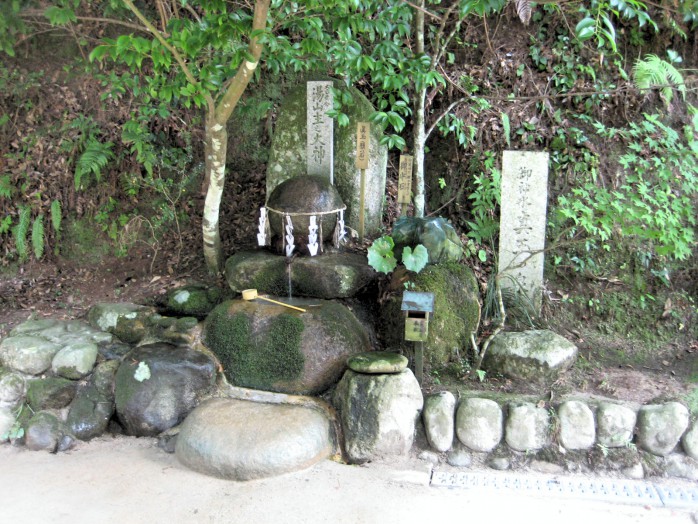 By the way, what is Yasakani no Magatama?

To begin with, it seems that not only imperial family but also emperor have never seen Three Sacred Treasures. However, only Yasakani-no-Magatama exists in the Imperial Palace.

There is a legend as following.

Nobody see the Yasakani-no-Magatama, but the hint that can make clear the hole of Magatama might be hidden!

Ooparts might be generally unacceptable existence. However, if we deny all, we can’t see beyond ahead. It is not limited only with ooparts, but we need to have flexible thinking faculty we can consider things with neutral state rather than entering from denial. Don’t you think so?

If you have an opportunity you visit Tamatsukuri Onsen, please observe Magatama with flexible thinking. 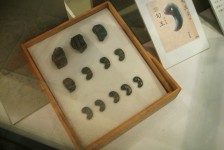 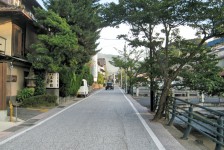 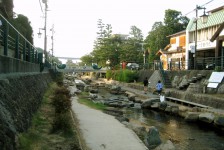 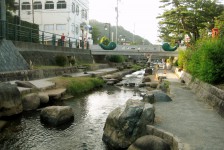 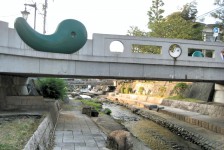 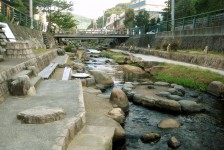 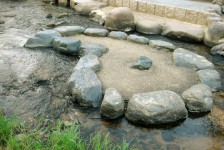 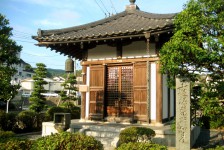 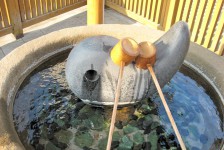 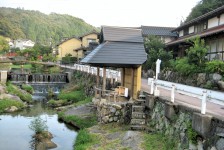 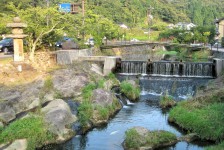 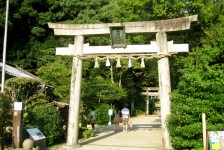 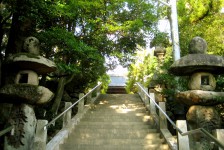 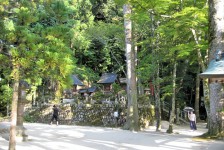 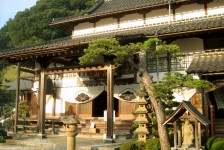 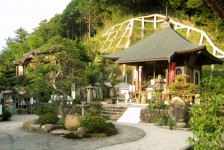 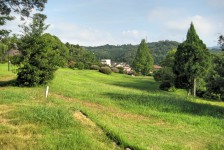 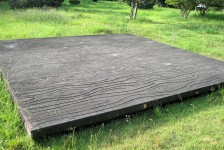