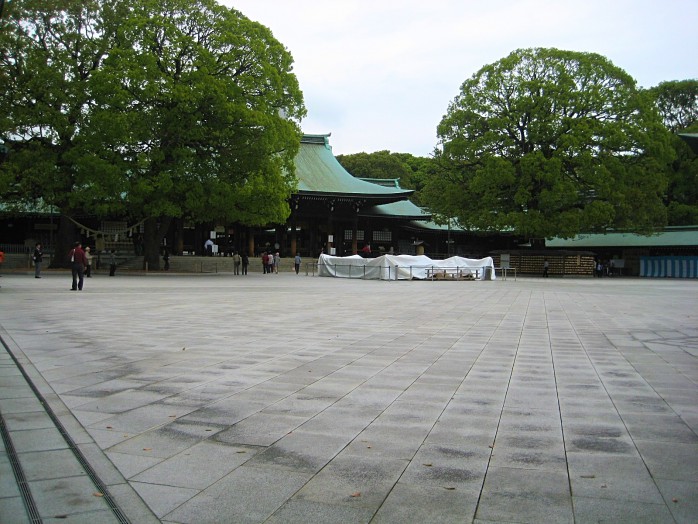 The Tokugawa regime that was established by Ieyasu Tokugawa was located in Edo for 250 years from 1603 to 1868.

After changing name from Edo to Tokyo, the city has grown, and now it was metamorphosed into the biggest megacity in the world.

The definition of megacity is vague, but according to the bureau of statistics of the United Nations “ Megacity is the area that the population for accumulation area of city that continue artificial building and residential area is more than 10 million at least”.

The urban area with a focus on Tokyo is commanding No.1 megacity.

Meiji Shrine is placed in the center of such the megacity. 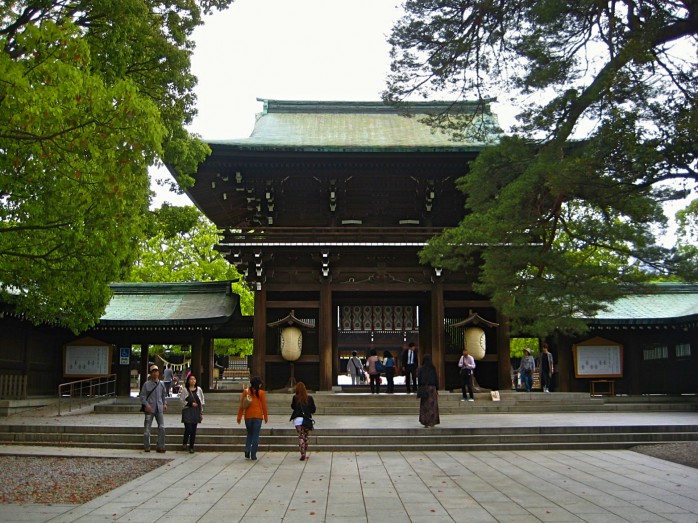 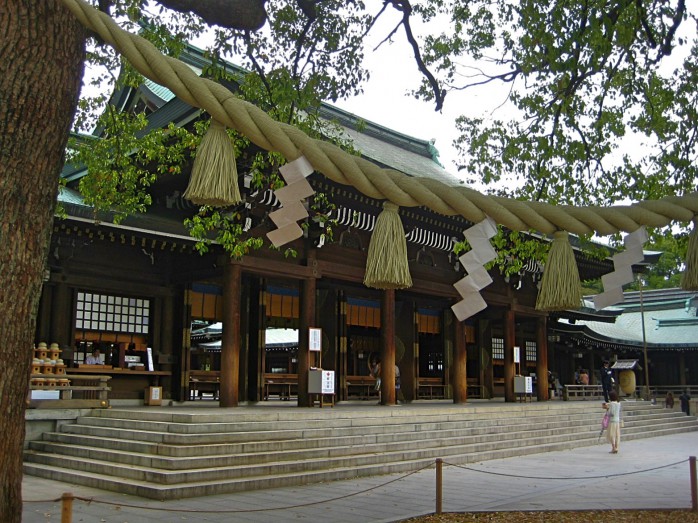 The regime of Tokugawa family ended in 1867, and the Meiji Restoration shifted the reign to new government.

The Emperor Meiji acceded to the throne at that time.

There are many interesting distinctiveness in Meiji Shrine.

○New Year’s visitors to Meiji Shrine for 4 days until the first three days of the new year   from the last day of the year is 3 million people. The number is the best in Japan.

(*Torii is traditional Japanese gate most commonly found at the entrance of or within a Shinto shrine.) 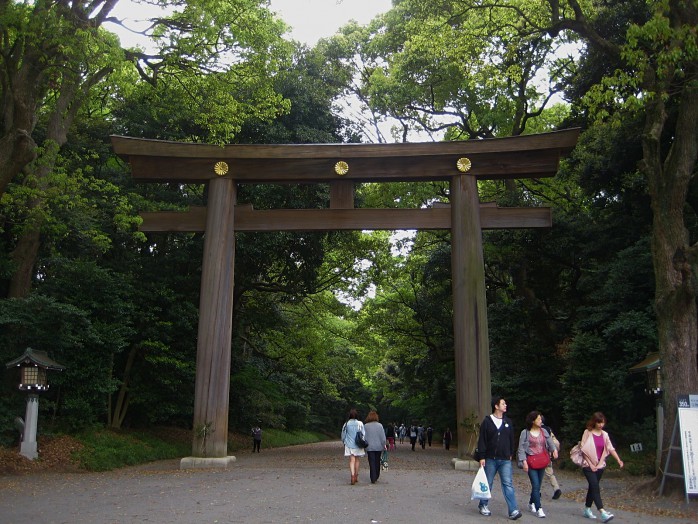 (*O-mikuji are random fortunes written on strips of paper at Shinto shrines in Japan. Usually, there are including blessing and curse in o-mikuji.

○Koma-inu of Meiji Shrine is inside of the main building not on the approach.

(Koma-inu is guardian lion-dog at Shinto shrine. Basically Koma-inu is on the approach.)

And, last one thing.

○The forest of Meiji Shrine is artificial forest of 100 thousand trees that is planted by donation from all over Japan.

Meiji Shrine is artificial oasis that is made in central of megacity. 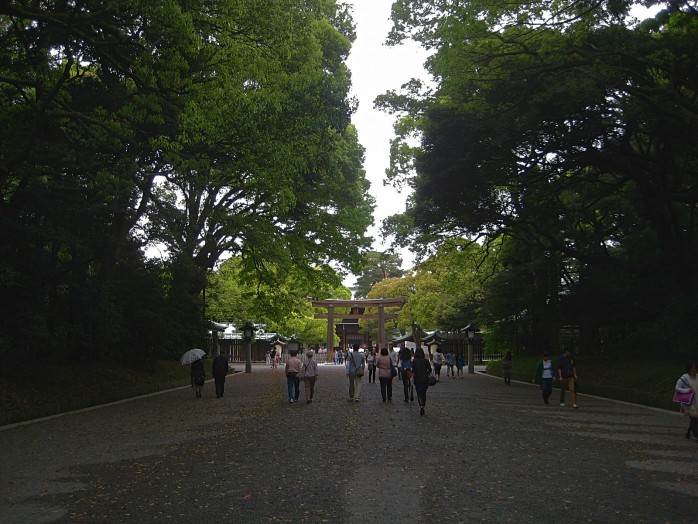 And a well of spring exists in precinct of Meiji Shrine as if it symbolizes the oasis of city.

It is called “Kiyomasa-sei” , because It is said the well was dug by Kiyomasa Kato who is military commander of war states period in Japan. 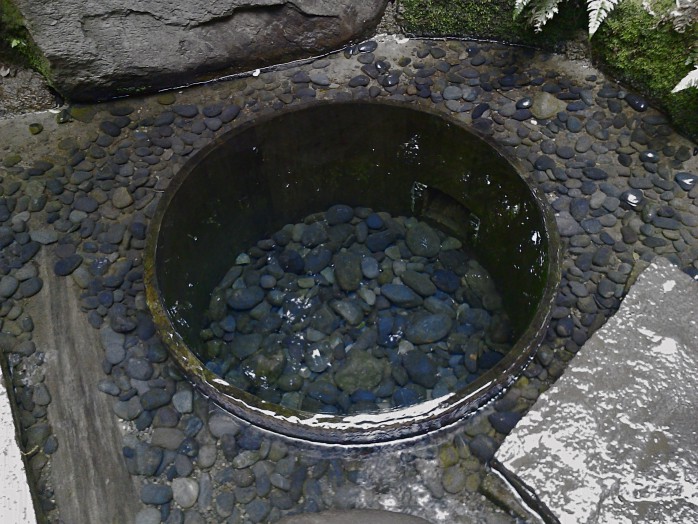 The very fresh and clean water gush out in the well, and it is covered with mysterious atmosphere.

This well is popular as spiritual place in recent years, and it seems that some people set up as wallpaper of mobile phone.

It seems that this ground where clean water gush out is comfortable for animal also.

Even though central of the megacity that 36.7 million people of the population is concentrated, wild raccoon dog inhabit. 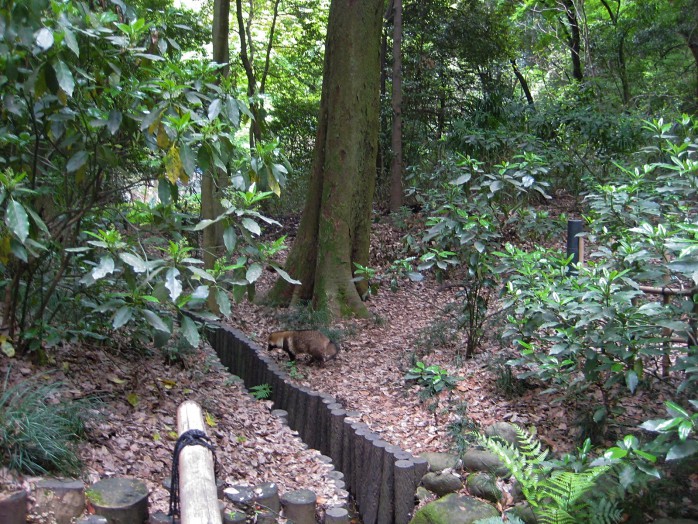 The clean water gush out and the wild raccoon dog inhabit, Meiji Shrine is oasis of city decidedly. The forest and raccoon dog of Meiji Shrine prove, no matter how urbanization progress, harmony with nature is possible.

If you are tired by the bustle of megacity Tokyo, please relax in city oasis Meiji Shrine. 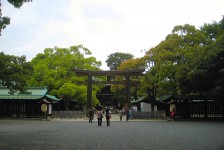 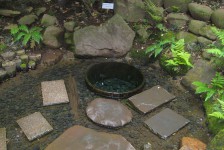 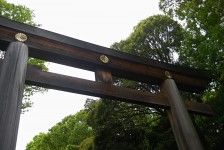 Is there Kobori Enshu CODE in the garden of Konchi-in Temple?
Tamatsukuri Onsen was producing center of OOPARTS
Scroll