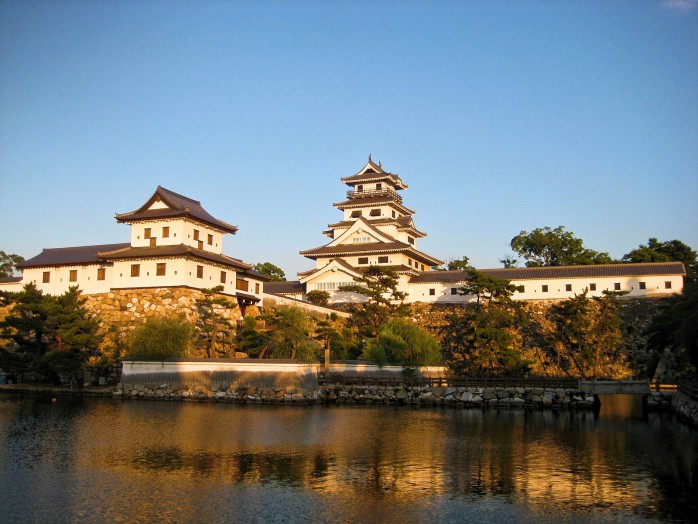 It has the foremost width moat in the Japanese castles. 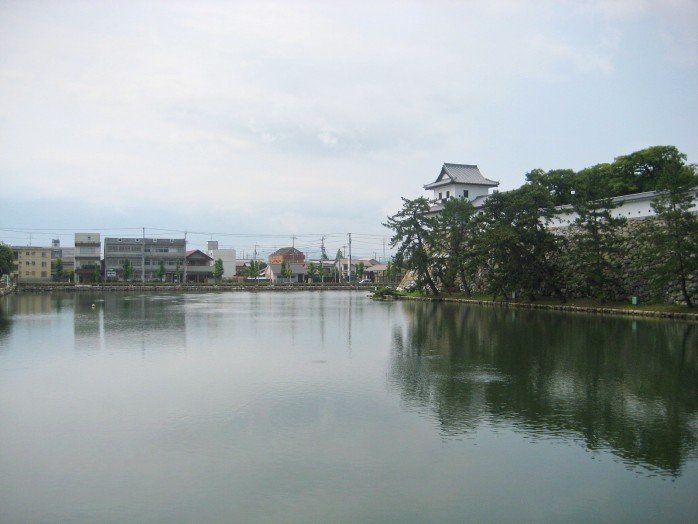 The castle encircled by the large moat reminds us of form that looks as if a seabird is going to fly away from the sea. 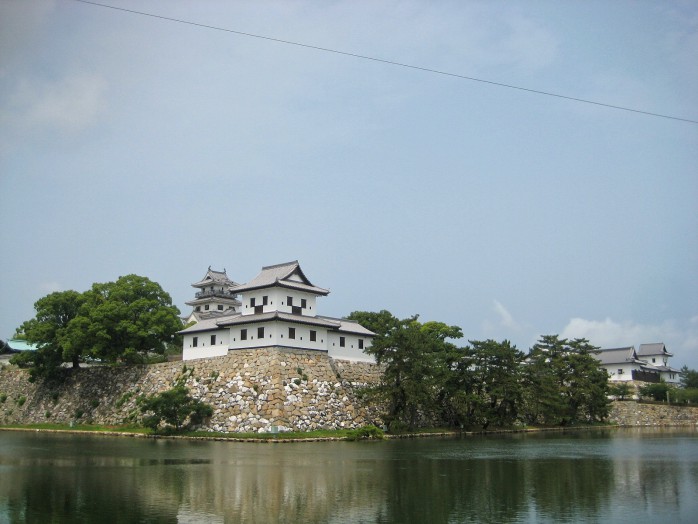 Imabari Castle is a castle built on the seaside and it is one of the three major castles in Japan!

I hear that marine fish such as the black porgy inhabit because seawater is leaded into the moat.

Who built this castle?

It is Takatora Todo who is an accomplished castle builder, and he is one of the originators of castle style of Edo period (1603-1868) in Japan. 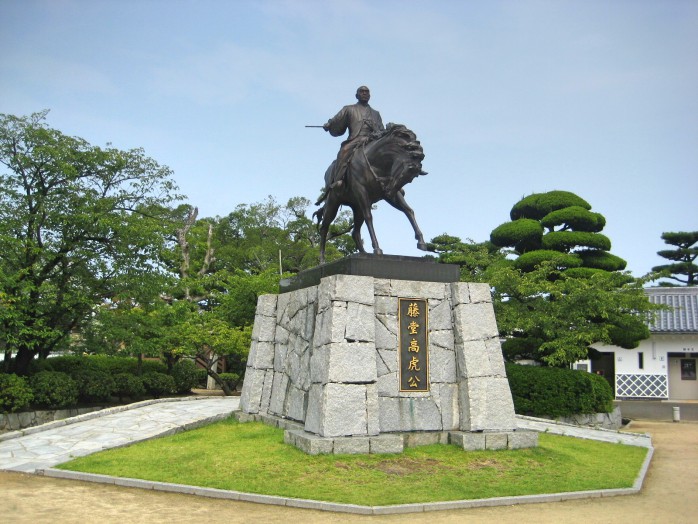 The strong point is revealed in Imabari Castle, and it seems that Imabari Castle is the first castle the high stone wall is built on the beach.

The stone wall is one of the important point on the castle, so I guess both warmed to their subject (^^)

Takatora was appreciated achievement in the Battle of Sekigahara that is very famous war in Japan, so he got territory in Imabari. He started to build castle in 1602 and completed in 1604.

So we can say Imabari Castle is original form of castle in Edo period.

When all is said and one, the strong point of Japanese castle is Tenshukaku. Tenshukaku means castle tower.

Well, Imabari Castle is venerable, but it arouses criticism for the existence of castle tower.

What does it mean?

The almost castle towers are built on the tenshudai (stone foundation), but Imabari Castle is regarded as there isn’t foundation.

On the other side, it is said that there is description of the castle tower on the literature “Kansei-chousyu-kafu”.

It seems that the literature write that the castle tower of Imabari Castle was disassembled by Takatora for the purpose of transfer to another territory, but he heard Ieyasu Tokugawa who was shogun of Edo regime was trying to build the Kameyama Castle, so he presented his disassembled castle to Ieyasu.

In short, these things means the castle tower had existed.

By the way, the current castle tower was built in 1980 according to photo of Kameyama Castle that was taken in 1872. However, unfortunately, Kameyama Castle doesn’t exist, because it was also disassembled. So it is impossible to investigate for existence of castle tower of Imabari Castle. 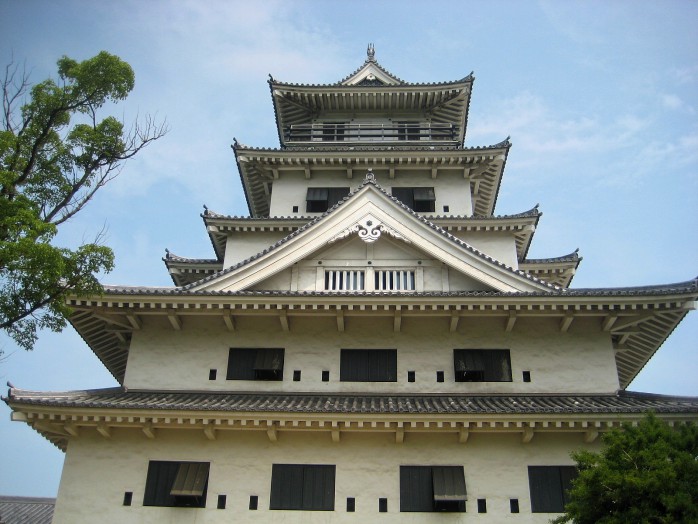 It remains a mystery if there was castle tower or not in Imabari Castle. However current castle tower is in harmony with large moat and high stone wall, and we can also see beautiful scenery from the top of the castle tower, so I think it is good as it is. 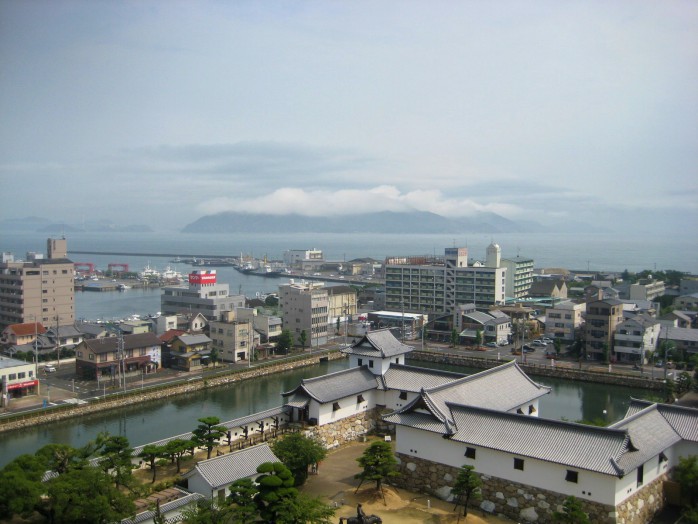 ↑View from top of the castle tower

There might be pros and cons of the imitation castle tower, but there is a good aspect of creating new ones from imagination. Don’t you think so? 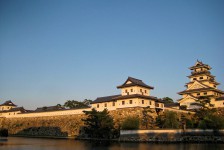 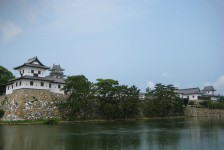 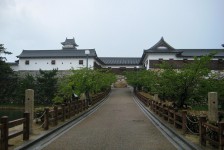 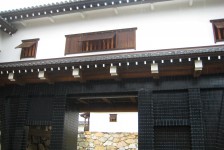 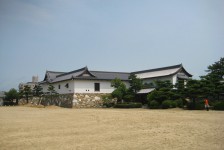 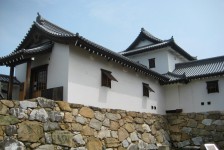 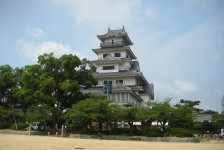 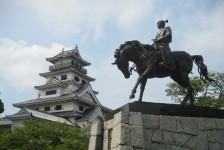 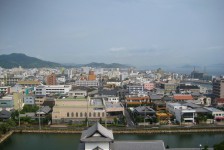 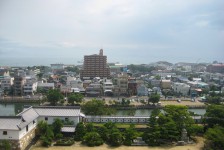 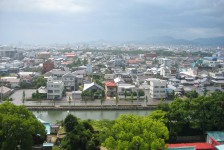 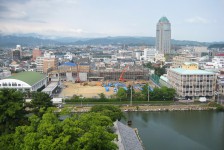