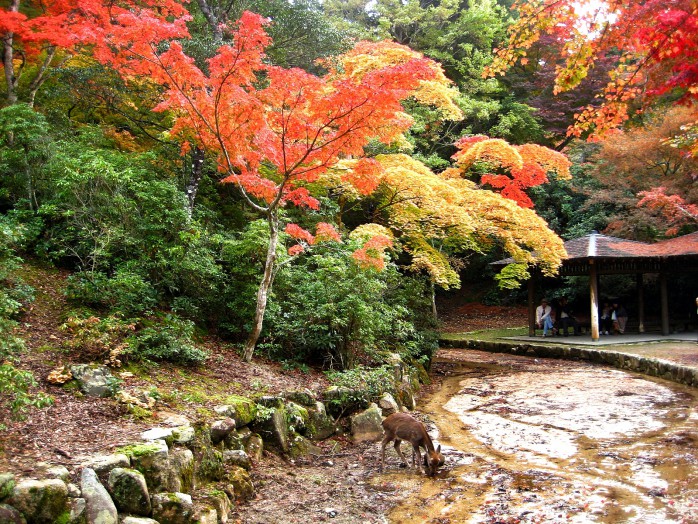 There is a word “Nihon Sankei” in Japan.

Nihon Sankei means the three most scenic spots of Japan.

One of them is Miyajima.

The formal name is Itsukushima, but it is called generally Miyajima.

There is Itsukushima Shrine in Miyajima. Miya means shrine. Shima means island. Therefore, Miyajima comes from “Island that has a shrine”. 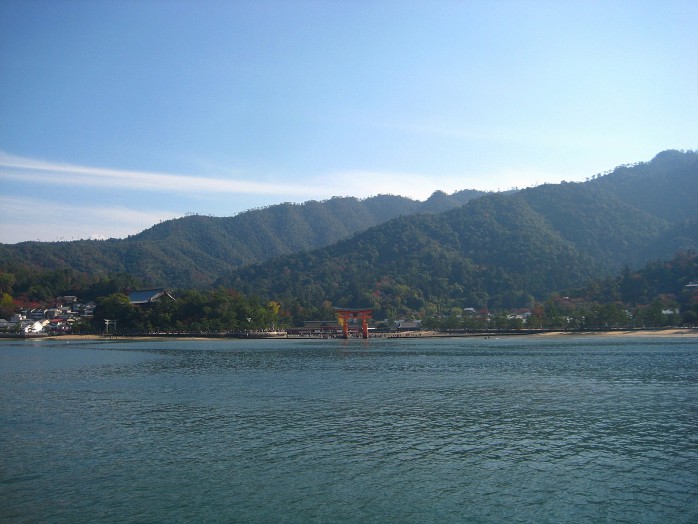 There are many beauty spots with a focus on Itsukushima Shrine, but also you can enjoy foods such as yster, conger, Momiji manju and so on.

Especially, It is no too much to say that Momiji manju become a synonym for souvenir of Miyajima.

Momiji is a kind of maple, and manju is a bun with a bean-jam filling that is one of the Japanese traditional sweets. If we translate to English, it will become Maple dumpling. 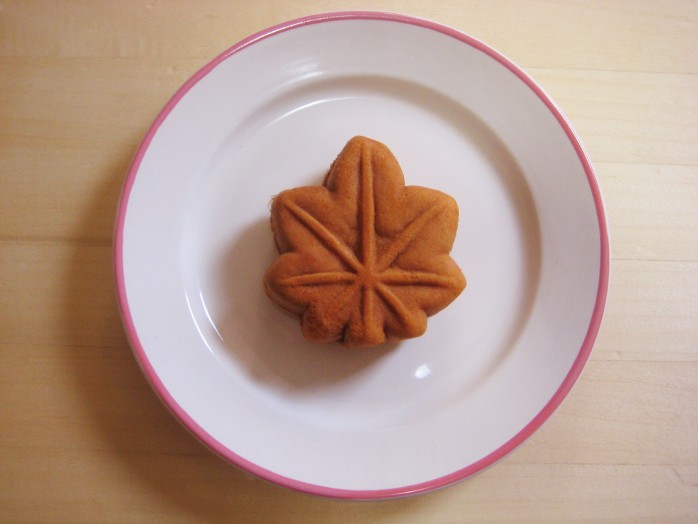 The materials of Momiji manju are wheat, egg, sugar and honey. These wrap bean-jam and baked with maple shaped mold. Formerly, it seems that it was baked one by one wile holding the mold by hand, but “Momiji manju firing machine” has been developed and mass production is possible currently. The machine rotates the mold one after another and makes Momiji manju. 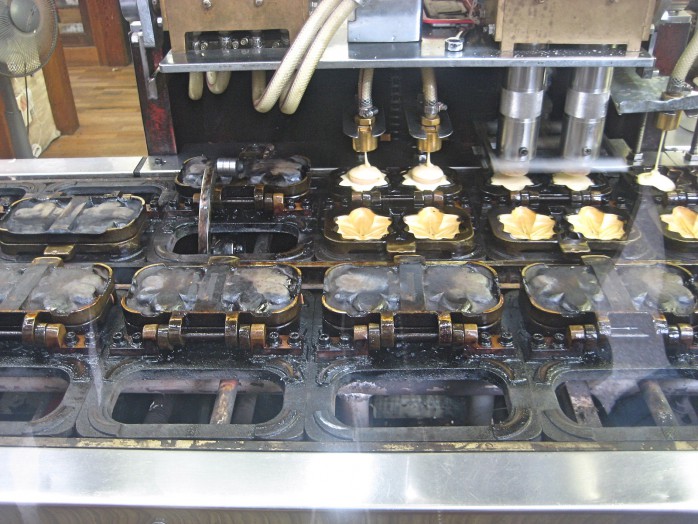 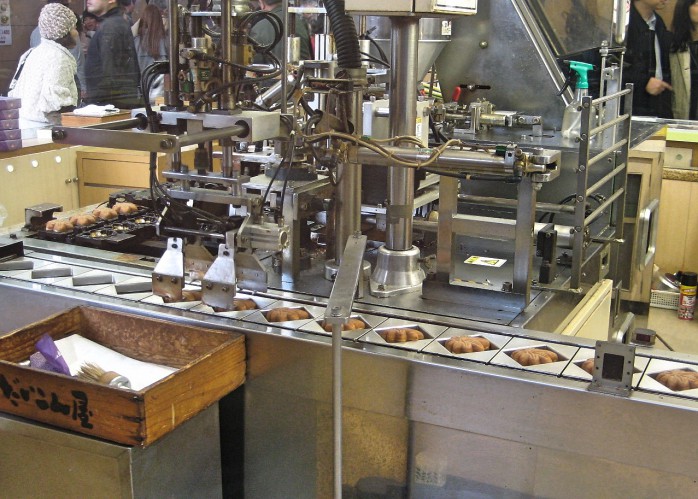 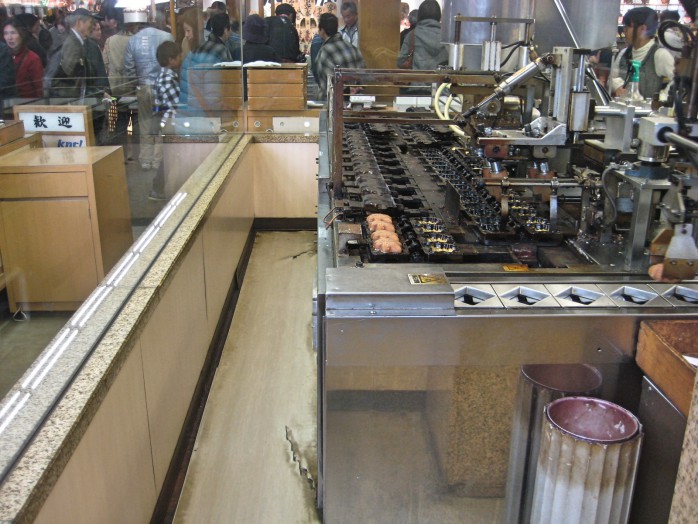 When the first filling of Momiji manju was only bean-jam, but there are various kinds of jams now such as chocolate, Japanese tea, cheese and so on. Not only production method but also Momiji manju itself continue to evolution. Don’t you think so? 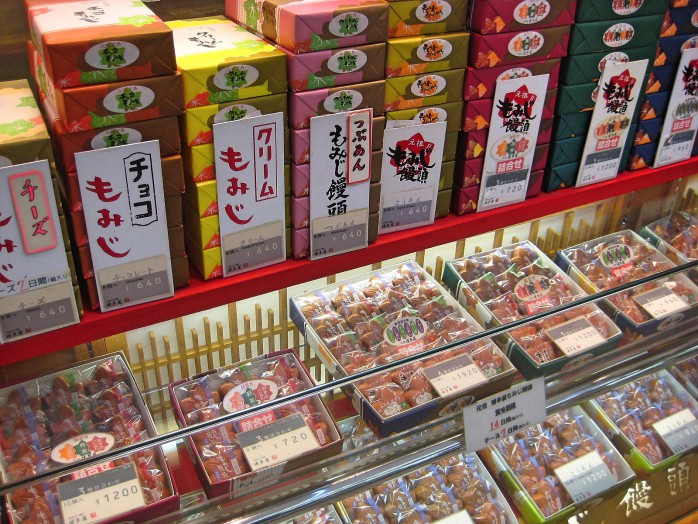 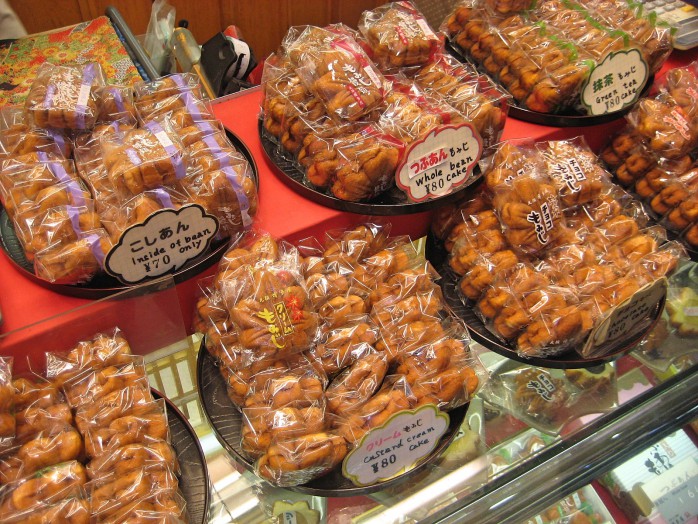 ↑The variety of Momiji manju

Recently, “Nama Momiji manju” is popular. Nama means row. I ate it. It was soft and chewy, and delicious!

By the way, why Momiji manju was born in Miyajima?

As a part of that theory, a famous historical person in Japan is involved!

Hirobumi Ito was a favor Miyajima, so it seems that he sometimes stayed in Miyajima.

And there is a Hirobumi Ito’s joke theory.

When Hirobumi Ito saw the hand of waitress during resting in the hotel in Miyajima, he said “How cute hand, and like a maple. If I bake and eat, it will delicious”. The landlady was listening it, and the talk was transmitted to a sweet shop. Then Momiji manju was designed.

Actually, it seems that there are no such records left, but it is so acceptable that the Miyajima Tourist Association agrees as the origin.

By the way, maple will turn red.

Many people enjoy the leaf peeping in autumn in Japan.

When did the leaf peeping begin in Japan?

In the old days, it comes out in the literature for Heian period (794-1185), but it seems that it did not show bustling of entertainment like today.

The guide information book of the autumn leaves began to appear around the middle of the Edo period (1603-1868). The entertainment of the leaf peeping began taking advantage of it.

The thing like this is not changed even now the old days.

If you have an opportunity to visit Miyajima, please hunt Momiji manju! 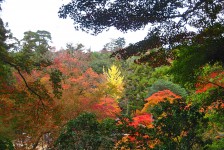 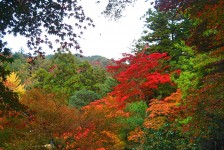 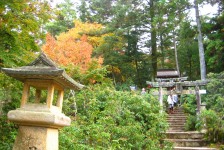 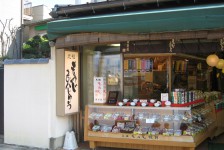 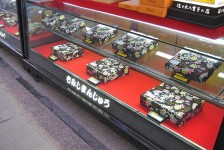 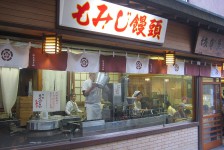 The castle tower of Imabari Castle had existed or not?
Battle of Itsukushima developed on SATOUMI
Scroll