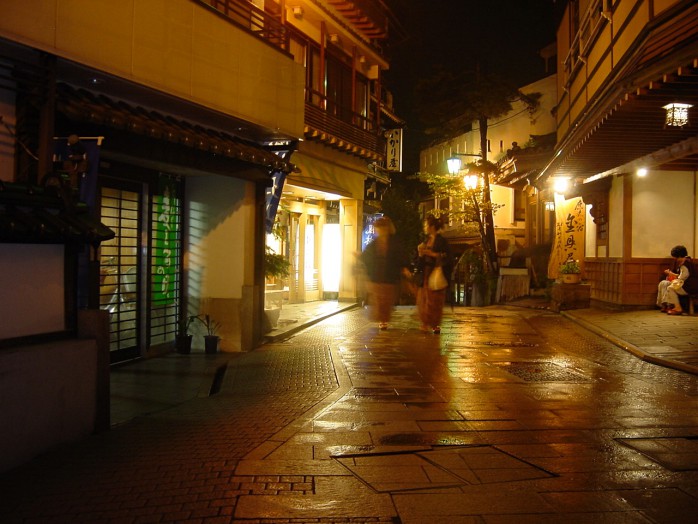 There is a word “Kakushi-yu” in Japan.

If I translated literally to English, it will be “Hidden hot springs”.

The hidden hot springs indicate hot springs that were used monopoly by the feudal lords in the age of feudalism in Japan. The word comes from “Don’t let others use it”, namely “Hide”.

The most famous hidden hot spring is Kakushi-yu of Shingen Takeda.

Shingen is one of the famous warlords who was showing off one large power in the warring states period of Japan about 400 years ago.

Due to there were lots of hot springs in the domain of Shingen, hot spring was used by soldiers.

Shibu Onsen is one of the hidden hot springs of Shingen. There is Onsen-ji Temple which was contributed by Shingen, and it was place to recuperate soldiers who was wounded by Battles of Kawanakajima which is very famous war in Japan.There are many interesting things as followings in Shibu Onsen. 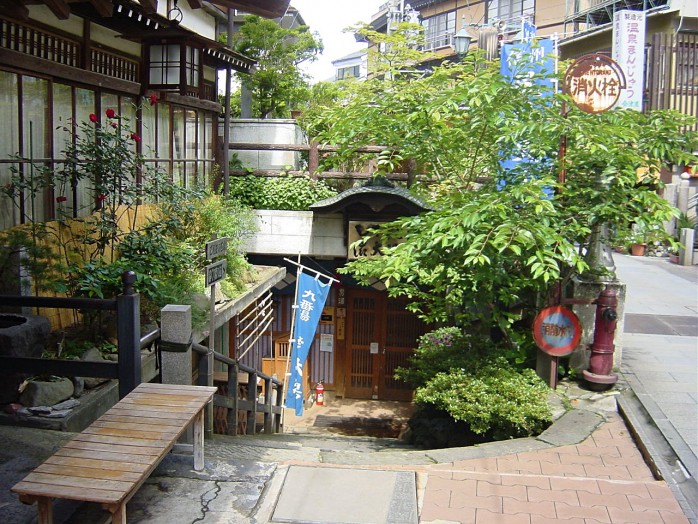 ↑One of the nine public bath houses 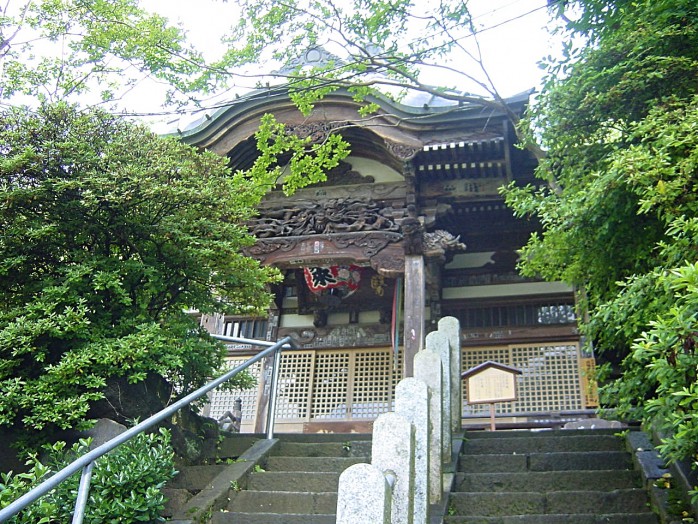 ● Do you know Japanese animated fantasy film “Spirited Away (Japanese title is Sen to Chihiro no Kamikakushi)” ? A public bath that name is Aburaya appears on the film. There is Kanaguya that is Japanese traditional hotel in Shibu Onsen.  Kanaguya is supposed to be a model of Aburaya

The illuminated Kanaguya in the night is Fantastic. 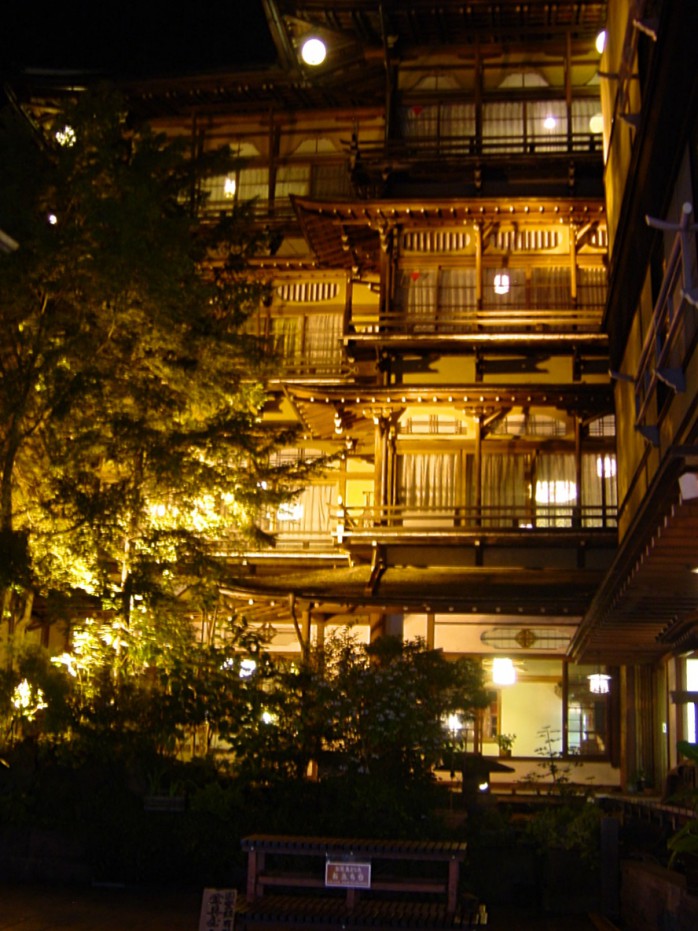 ● The row of houses that have left the complicated wooden houses that were built by repetition of extension and reconstruction in the 1900’s and stone paved roads produce an elegant atmosphere.

If you stroll with wearing Yukata that is Japanese traditional clothes, you will be able to experience Japanese culture. 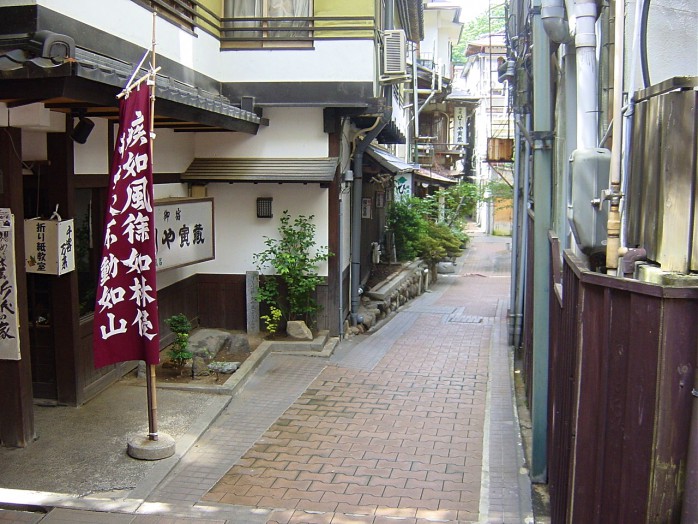 ● There is the Jigokudani Yaen-koen(Monkey Park) where you can see the wild monkeys get into the hot spring close to Shibu Onsen.

Hot spring attracts human and also monkey. Really good things have power to attract something. It should be we can say same for the attraction of people. 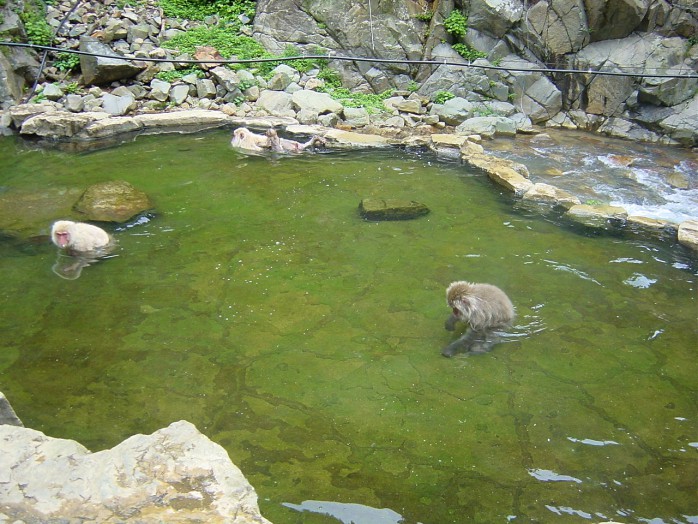 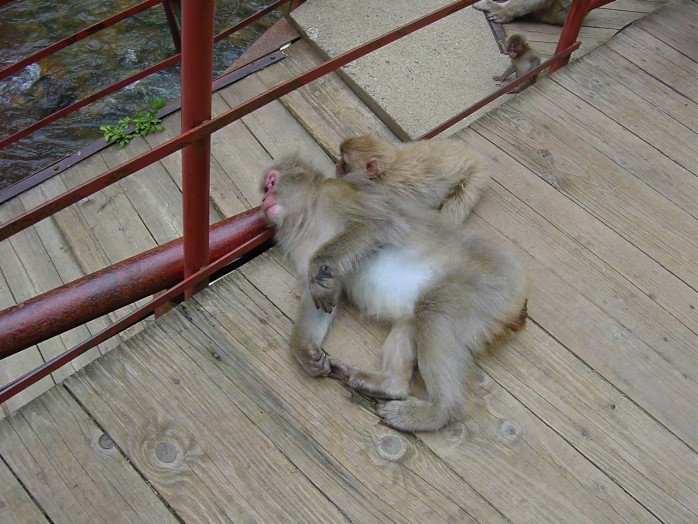 There are still other many attractive thins in Shibu Onse. If you would like to know that, please visit Shibu Onsen.

Let’s work off your frustration by getting to the hidden hot spring in Shibu Onsen! 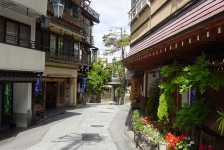 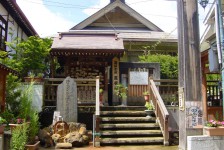 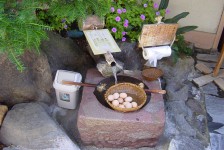 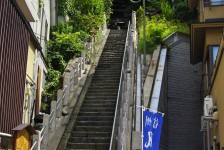 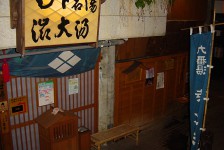 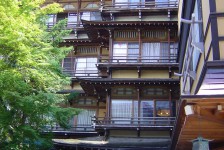 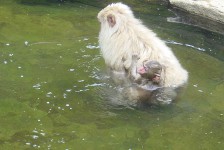 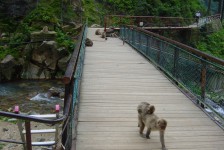 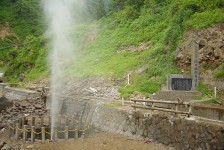 The troops of Sanada family who won overwhelming at Ueda Castle

The whole countries unification was started from Matsudaira-gou and globalization go Toyota Motor Corporation
The castle tower of Imabari Castle had existed or not?
Scroll