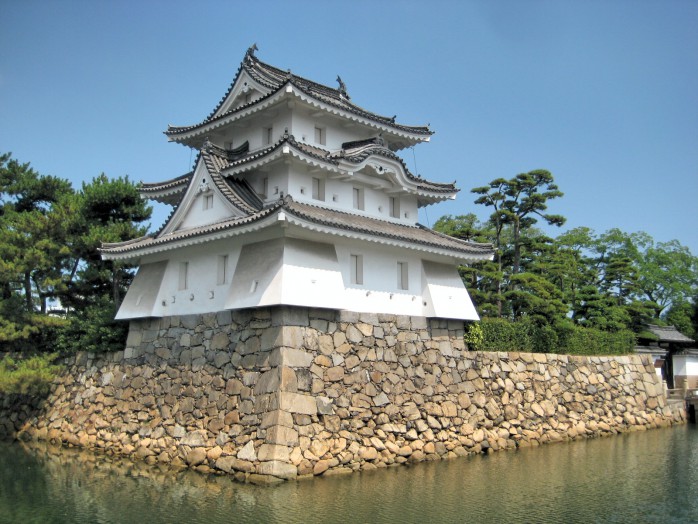 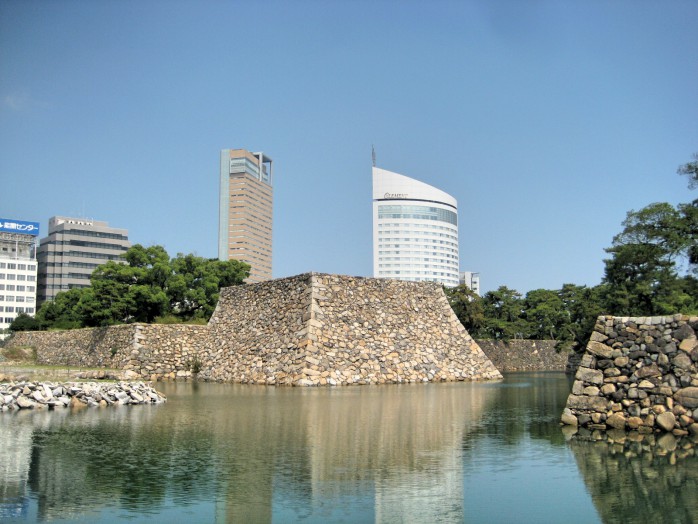 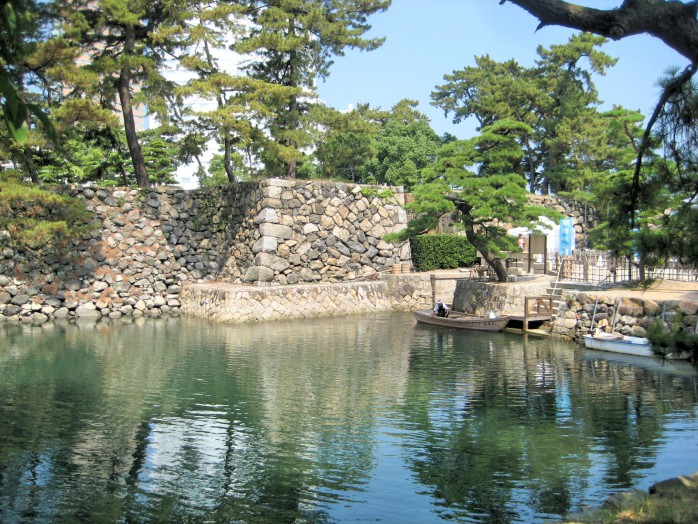 The current remnant of an old building was repaired by Yorishige Matsudaira who is grandchild of Ieyasu Tokugawa who is the first shogun of Edo regime.

Yorishige entered Takamatsu Castle as the lord of Takamatsu-han in 1642.

After that, Matsudaira family that was close relative with Tokugawa family had reigned for 228 years, 11 generations. 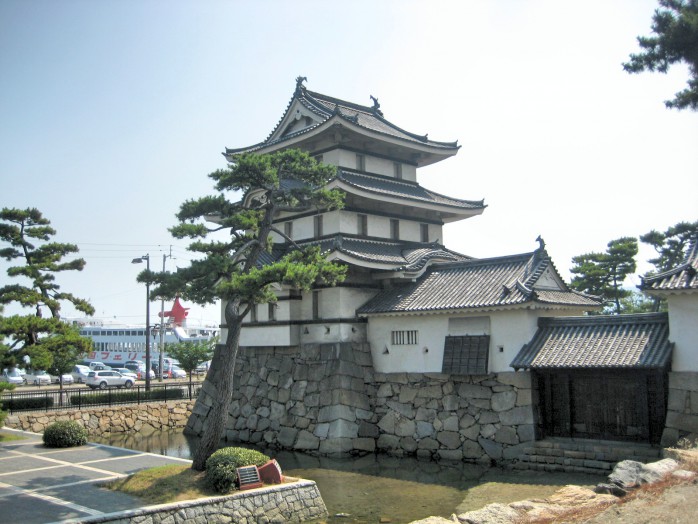 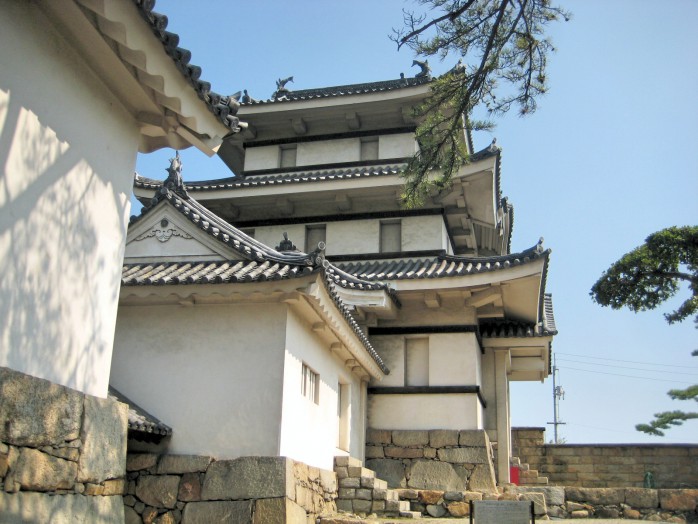 By the way, Takamatsu-han has something to do with white items.

And also, Takamatsu-han increased production volume of salt by reclaiming a large-scale saltpan on the coast.

The third white is sugar.

There is a traditional sweet called “Wasanbon” in Japan. Wasanbon is a special product in this region that is famous throughout the country. And then, the sugar that was produced by Takamatsu-han used Wasanbon. 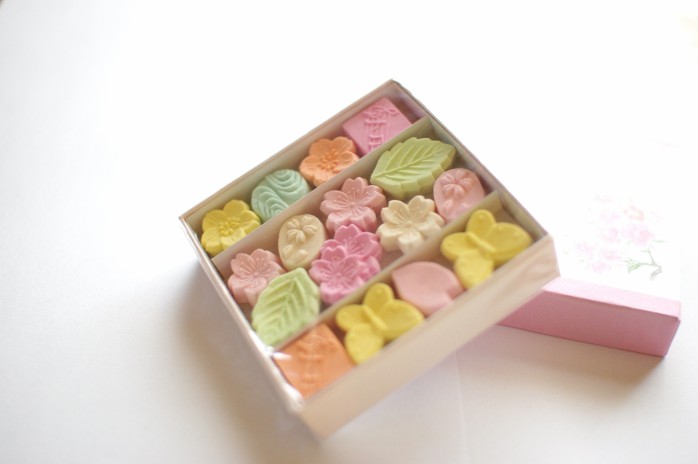 The mentioned above is relation between white items and Takamatsu-han, but Sanuki where there was Takamats-han, in a word current Kagawa prefecture is famous for Udon. Udon is a type of thick wheat flour noodle of Japanese cuisine. The udon of Kagawa prefecture is called “Sanuki udon”. 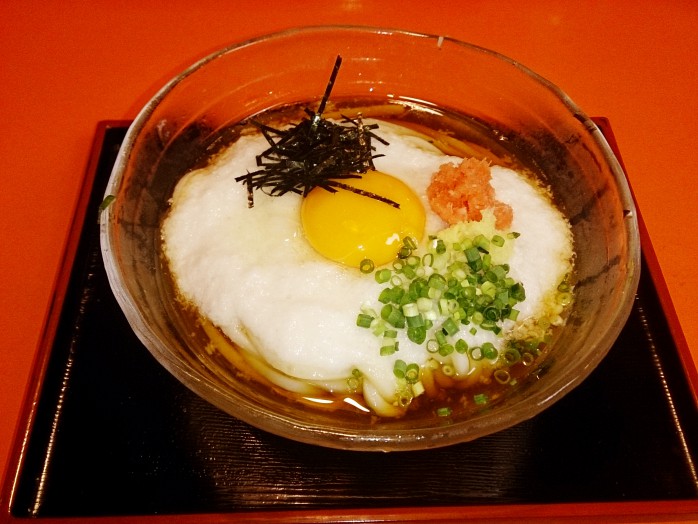 The used amount of wheat flour of Kagawa prefecture for udon according to statistics results in 2009 is 59,643t. It outdistances second place Saitama prefecture’s 24,720t and became the number one in the whole country.

I can agree they call their-self to be Udon prefecture.

Furthermore, it is not only amount, because genuine Sanuki udon is chewy and very delicious!

Salt that makes the chewy is one of the special products of Takamatsu-han.

Climate that is suitable for wheat cultivation.

Shodo Island and so on that were territory of Takamatsu-han was developing manufacture of soy sauce.

It seems that the above 3 conditions came together and udon making became active.

“Sanuki sanpaku” “Sanuki udon” ….. Takamatsu-han that there is the relation with white items, but I would like to add another white finally.

It seems that the exterior of castle tower of Takamatsu Castle was black, but it was rebuilt to white plaster in 1671. 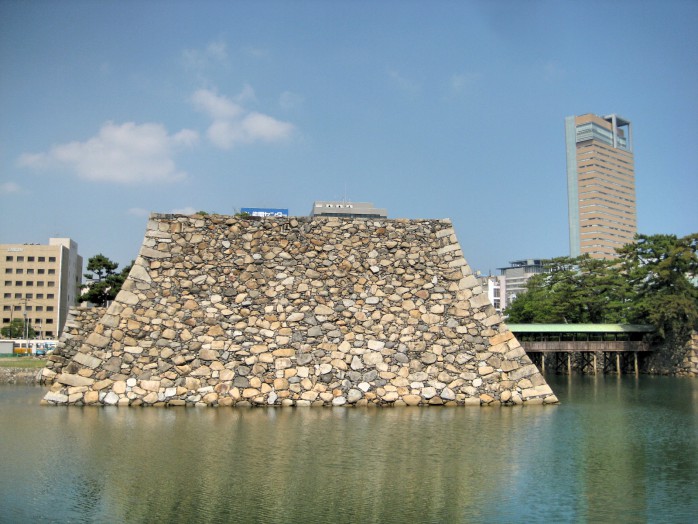 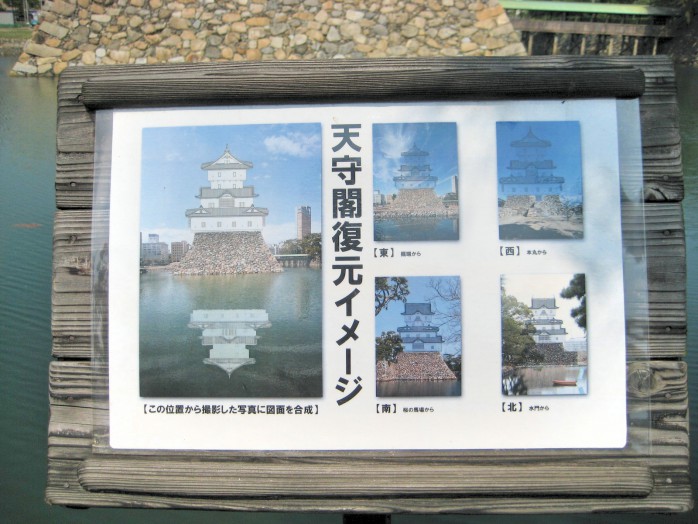 The baby’s heart is white and pure. However, many colors will be mixed with increasing age. The white has the effect of giving a clean image such as trust and cleanliness. We would like to keep white and pure heart even though we become adult♪ 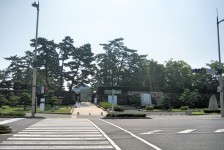 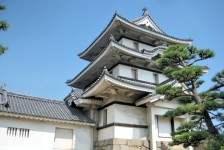 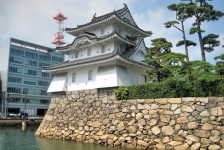 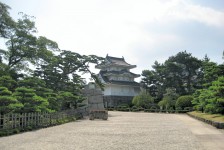 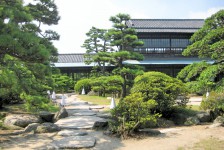 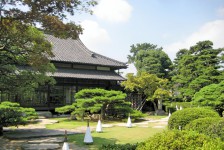 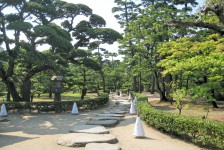 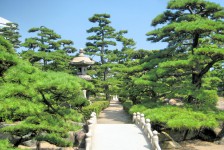 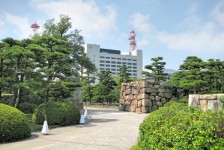 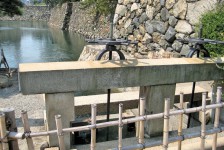 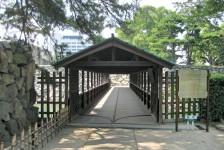 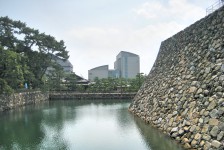 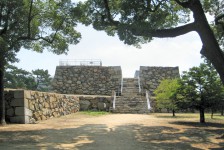 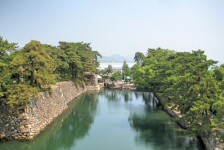 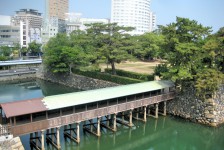 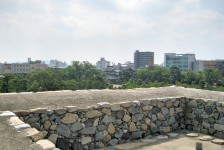 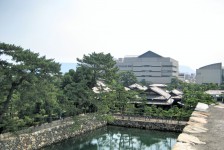 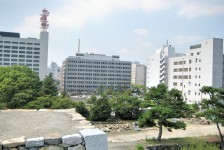 facebook Tweet
The roof tiles of Ganko-ji Temple have continued to see the sky of Japan
Did the career of tearoom “Jo-an” resonate with the founder?
Scroll