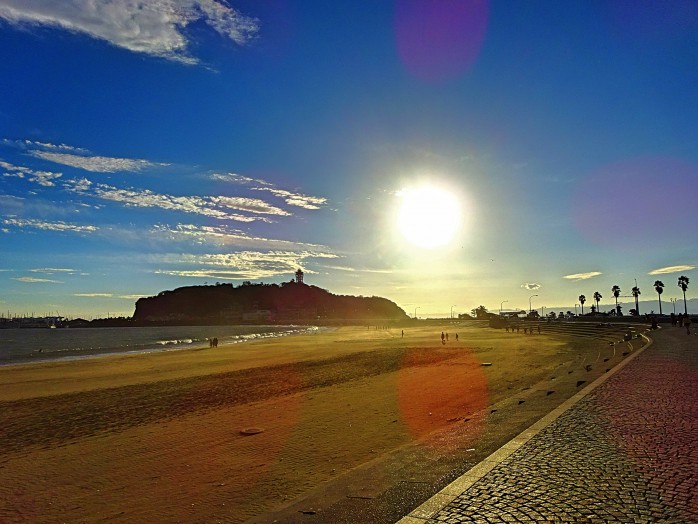 20 years have past since Toyota released hybrid vehicle on Dec-1997 for the first time in the world.

There are 2 meanings in “hybrid”.

1.An animal or plant that has parents of different SPECIES or varieties.

2.Something that is the product of mixing two or more different things.

When Japanese use the word “hybrid”, meaning of no.2 uses it. It is Japanese strong point, for example digital camera, brush pen, cup noodles e.t.c.

However Japanese have hybridized not only article but also place.

It is a popular sightseeing spot “Enoshima”. Enoshima is a small island 6 km around, but many elements are compacted. 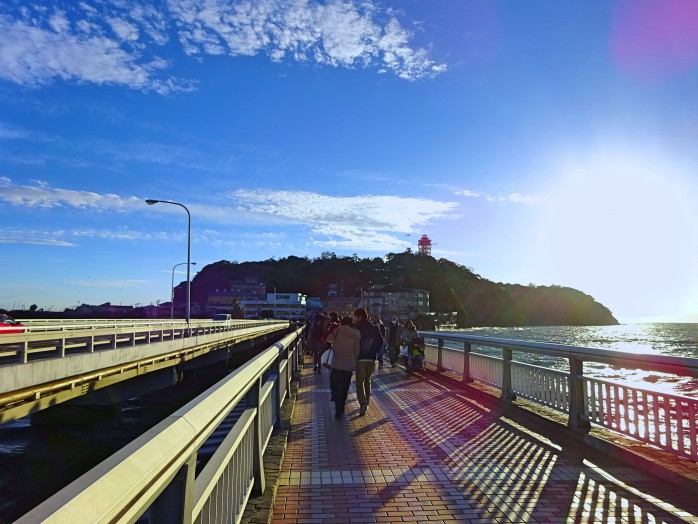 Why is it hybrid?

If we write Enoshima in Japanese, it is generally “江の島”, but it seems that we can see many kind of notation of Enoshima in on old literatures as followings「江島」「江乃島」「江之島」「柄島」「絵島」「画島」「榎島」「荏島」.

Even now, there are cases where it is written “江ノ島” in stations. Enoshima can be expressed by different letter combination, so we might be able to say hybrid for the word “Enoshima”.

Is this a distorted interpretation???

From now on, I will write the distorted interpretation, so please forgive me. 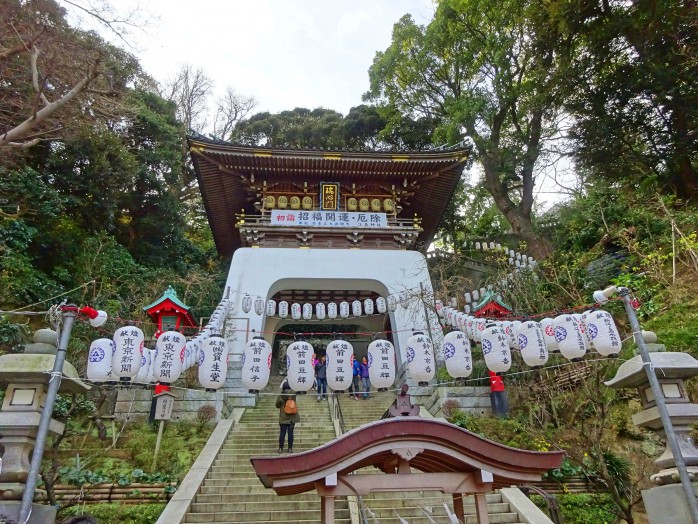 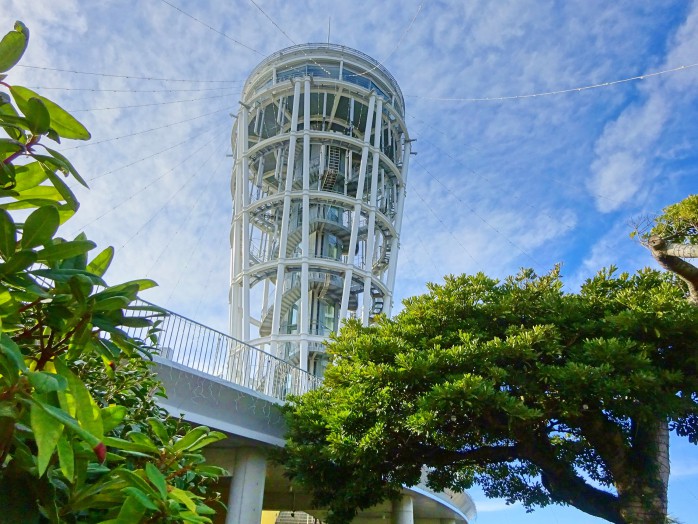 And then, European style garden “Enoshima Samuel Cocking garden” extends and beautiful flowers are in bloom at the feet of Enoshima sea candle. 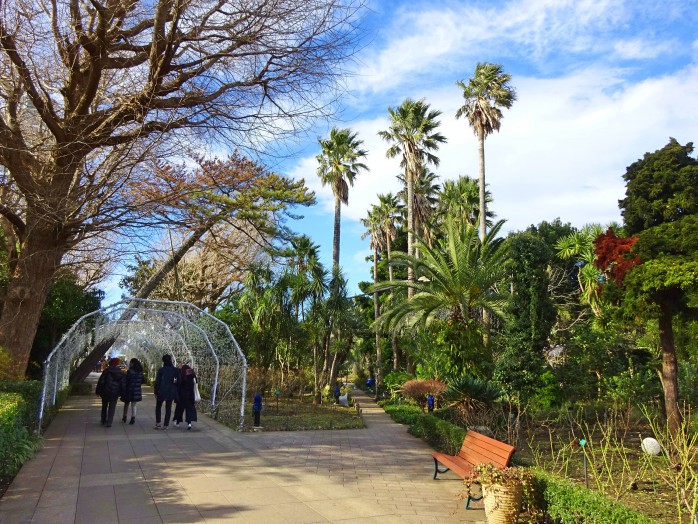 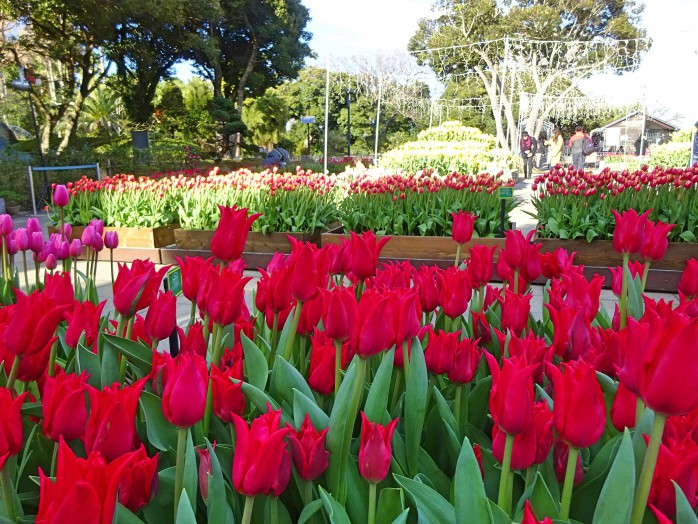 Japanese style and European style, New and Old exist as one in Enoshima. It is hybrid!

By the way, Enoshima is considered the birthplace of Japanese modern natural science.

Also, Edward Sylvester Morse who is the first zoology professor of The University of Tokyo opened the first Japanese marine biological station in Enoshima in 1877.

These are the reasons why Enoshima became to be called birthplace of Japanese modern natural science.

In this connection, the building of Enoshima sea candle that has café and souvenir shop use the foundation of the old Enoshima lighthouse. We can say this is hybrid of old and new.

Now then, history of Enoshima.

Enoshima had been used as an ascetic practices place since 1,300 years ago, and En no Ozunu, Eukai, Ennin, Ippen e.t.c who is familiar in Japan practiced asceticism.

On the other hand, starting with Yoritomo Minamoto, famous warriors in Japan such as Tokimasa Hojo, Ieyasu Tokugawa, Mitsukuni Tokuwaga visited. Furthermore, Enoshima became a resort in 1800s, so many ordinary people visited. 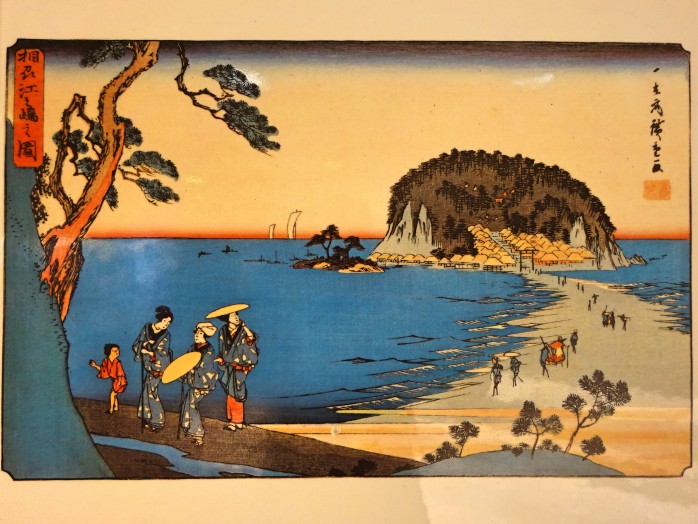 “Picture of Soushu Enoshima (around 1842)” by Hiroshige Utagawa

And then, Enoshima as hybrid island between worship place and resort has still continued. 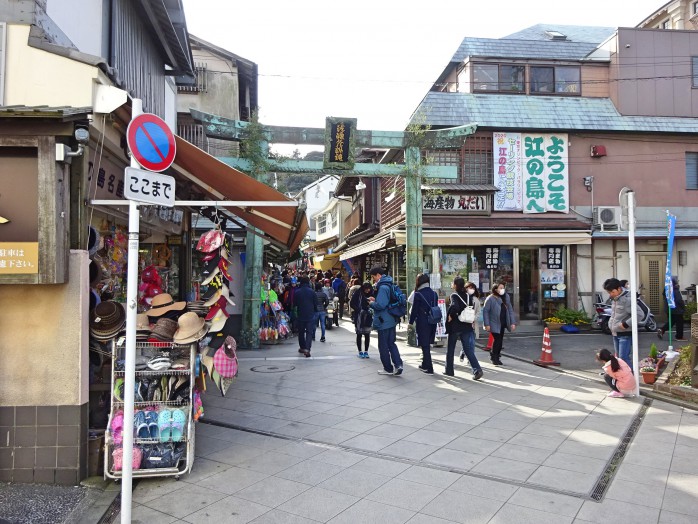 ↑Entrnce of approach to a Enoshima Shrine

The elevation of Enoshima is only 60m, but it has many ups and downs, so you have to ascend or descend staircases to go around the island. It might be hard for the underexercised person.

In my own information, I don’t know place where is exist both staircase and outdoor escalator inside the same island in Japan. So, this can also be said hybrid between new and old. 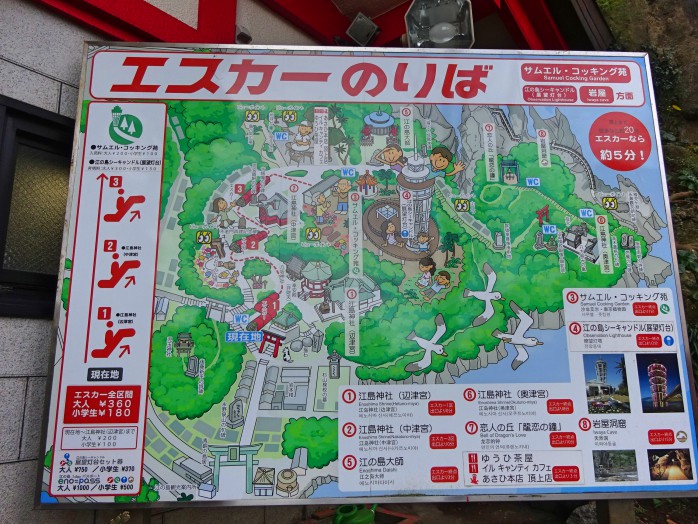 My explanation might have been distorted interpretation, but there are many hybrids in Enoshima. Don’t you think so?

If we combine what we already have, new things will be born. It can be one method we can always maintain a fresh sense. 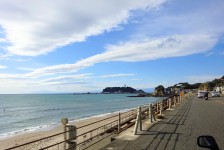 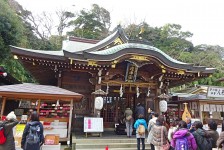 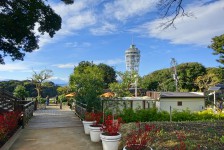 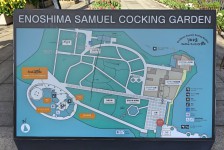 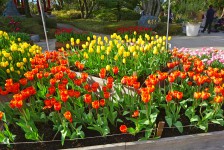 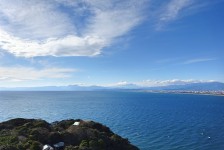 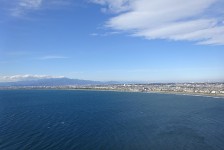 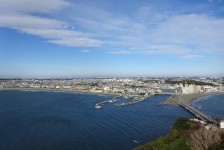 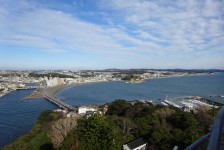 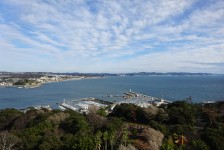 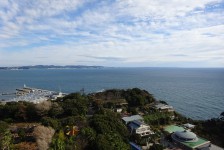 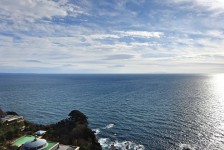 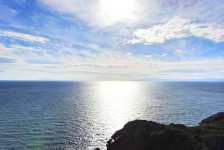 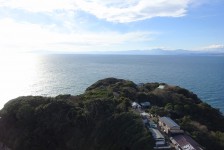 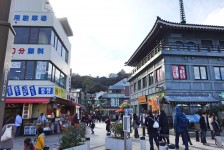 Past and present of Hakone barrier station