The wind swims freely without any obstruction.

Altitude 355m. Mt Kanpū located at the base of the Oga Peninsula has no tall trees or big rocks and the whole surface is covered with turf. 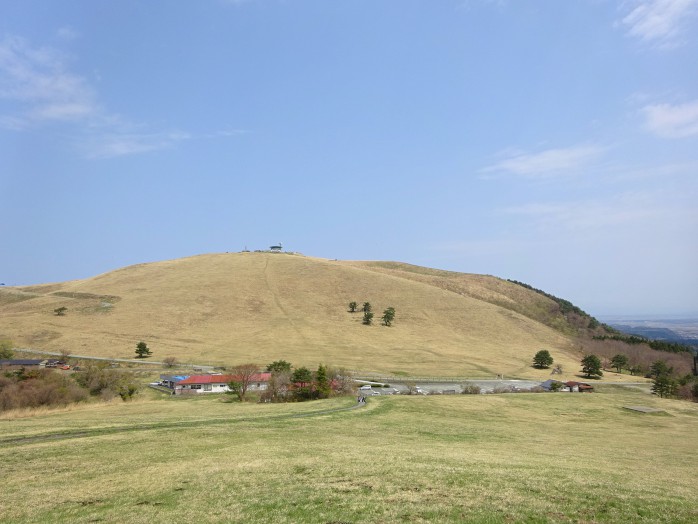 When I visited Mt Kanpū, it was hard to walk because it was quite a strong wind. For the wind, it seems like foreign body has entered.

Geographer Shigahisa Shiga(1863~1927) says that Mt Kanpū is one of the world’s three scenic areas alongside the Grand Canyon of USA and the fjords of Norway.

I think that it is a slightly exaggerated expression, but it is certainly a rare landscape and the bird’s-eye view there is no obstacle to vision should provide refreshing feeling to the visitors. And also you can see the huge reclaimed land of Lake Hachirogata that boasted the second largest lake in Japan formerly. 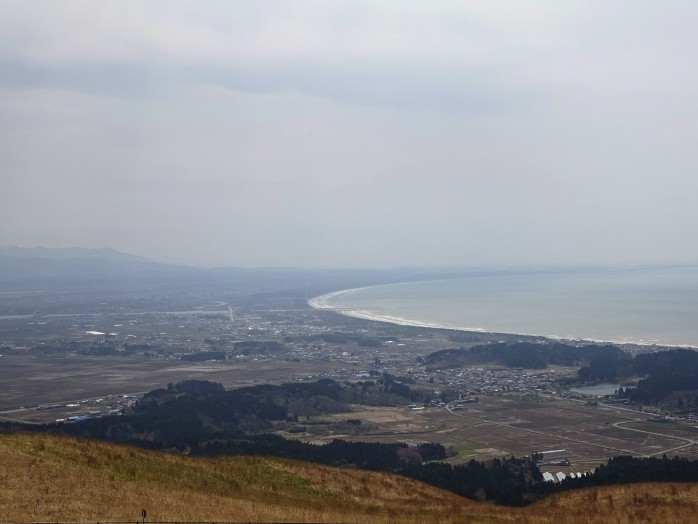 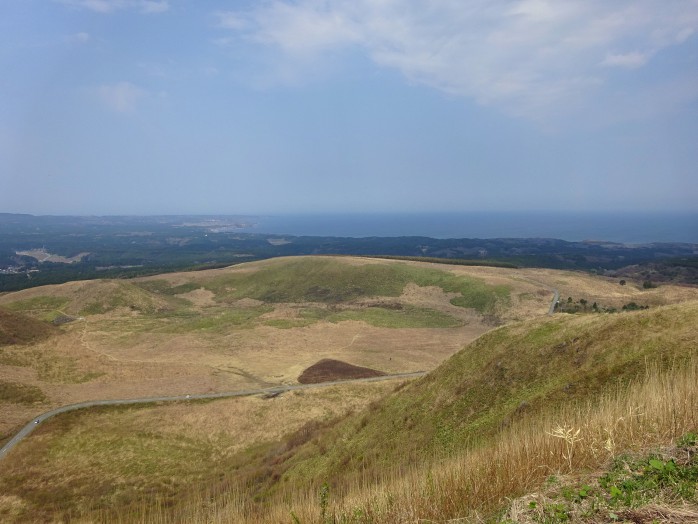 ↑The view from Mt Kanpū 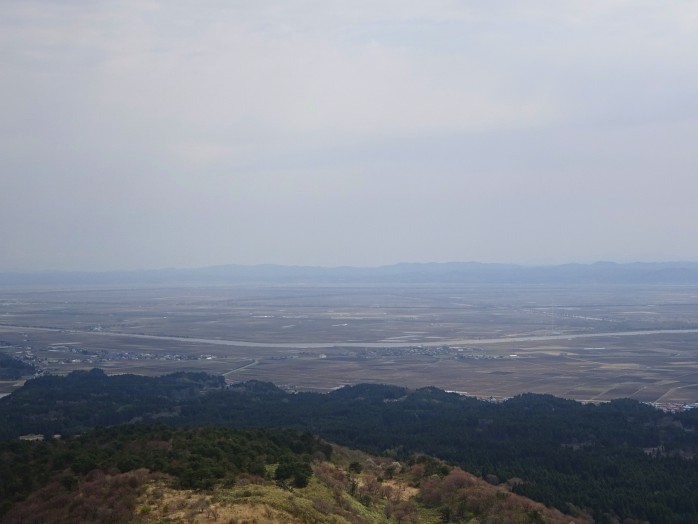 If you go to the revolution observation platform of the summit of Mt Kanpū, you will be able to get further uplift.

As mentioned above, there are not any shields on the surface, but the under the turf is composed of andesite most of it. 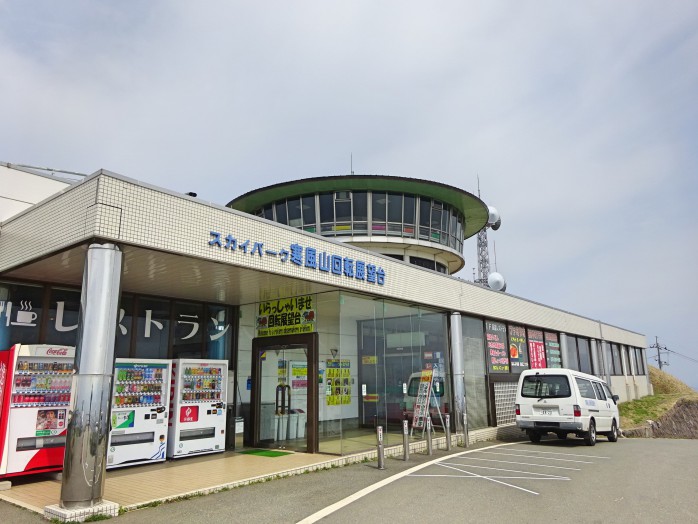 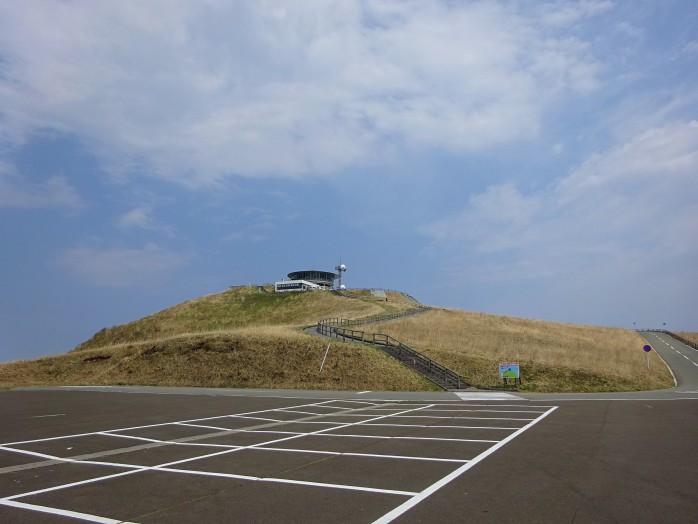 The andesite mined at Mt Kanpū is called “Oga Stone”, aka “Kanpū stone” and its characteristics are strong, heat resistant and easy to processing. 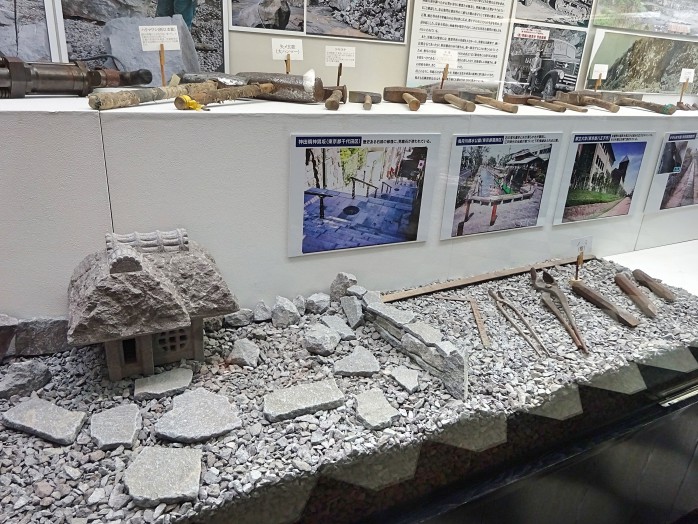 For that reason, Oga Stone has been used as tombstone and memorial service stone since about 600 years ago. And it was started mining and development in the middle of the Edo era(around 1750), and still now, it get into the lives of people such as garden stones and seawalls and so on.

There is a proverb “A clever falcon hides his claws” in Japan. It is same as “Still waters run deep” or “Who knows most, speaks least”…….. Mt Kanpū that hide excellent Oga stone under the turf might be said a mountain that matches that proverbial.

Well, Oga stone, or andesite is a kind of igneous rocks that is rock that magma get cold and solidified. It means Mt Kanpū was volcano.

The volcanic activity of Mt Kanpū started from more than 30,000 years ago and it is said that it became the current form by the andesite rocks are piled up and growing gradually with repetition of volcanic activity.

Due to that, you can see the mark of the crater also currently. 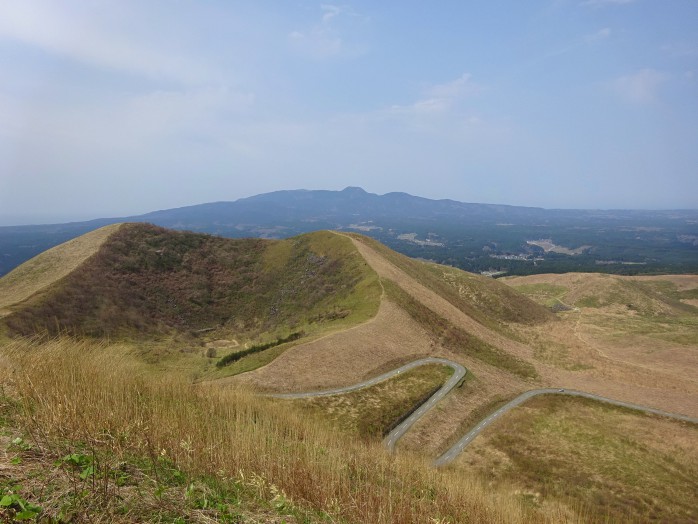 ↑Mark of the crater

If so, when did Mt Kanpū erupt in the last?

It seems that a record that Mt Kanpū erupted in 1810 is remained in the official document submitted to the Tokugawa regime that is authority of those days.

But it has been concluded that there was no eruption by the verification of expert.

What does that mean?

It seems that it is thought a lie report to the Tokugawa regime have been submitted as a preparatory steps to declare damages to agricultural crops.

In this era, the present Akita prefecture including Mt Kanpū was the Kubota clan’s territory.

And, the lord of the Kubota feudal domain when the record of eruption was submitted to the Tokugawa regime in 1810 was the ninth lord Yoshimasa Satake.

Yoshimasa Satake is known as a successful man of financial reformation.

The reformations are diversified and he founded a school for education. And he also made effort to encourage of growth for Japanese sumac tree, mulberry, paper mulberry, Japanese indigo plant, safflower and rape seed. Furthermore, he executed reformation of copper mine and forestry.

Judging from such policies, we can guess the lie report for eruption of Mt Kanpū might have been instructions of Yoshimasa.

“It’s sometimes necessary to tell a lie in order to achieve the goal”…….If residents’ lives become easier even a little, his decision was not wrong.

Mt Kanpū that looks not existing by hiding andesite even though it is really existing. On the other hand, Yoshimasa who might have instructed to report as there was the eruption. Both of them might be inseparable relation.

On the summit of Mt Kanpū, let’s learn the necessity of deciding the existence or nonexistence of things depending 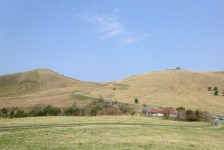 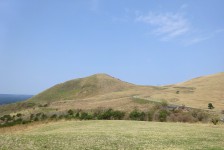 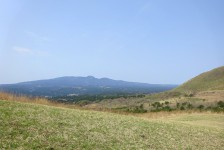 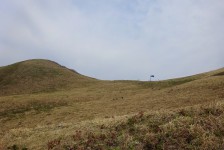 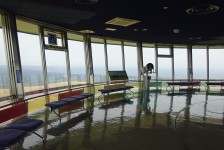 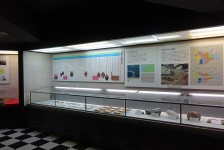 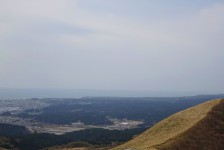 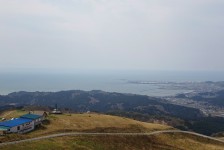 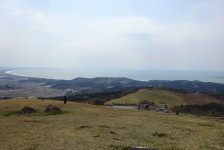 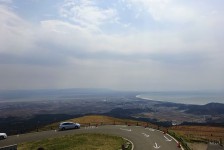 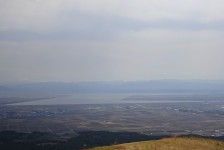 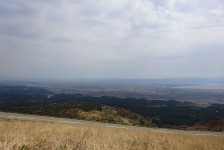 Akita Beauty who live in castle town of Kubota Castle

Unexpected story for the sacred place “Kōyasan” of Shingon Buddhism
How was water supplied to Ako Castle?
Scroll