It’s the biggest ancient tomb for the surface area in the world!

And then, it’s is one of the world three major tomb along with Pyramid of Khufu and Mausoleum of the First Qin Emperor.

It shape is the large keyhole. 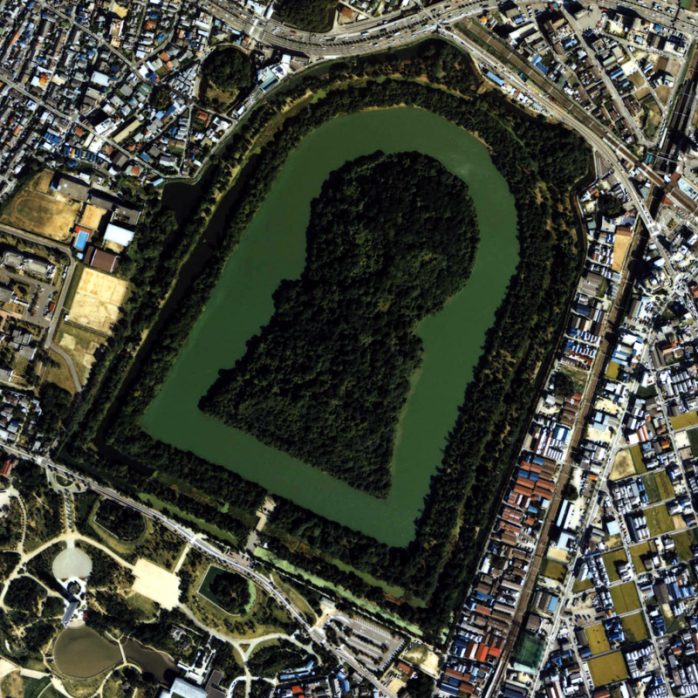 The concrete dimension is as followings.

It is the super huge grave!

But, but, but…Unfortunately, when we see the grave nearby, it is just small hill.

If nobody tells, we can’t understand what it is. 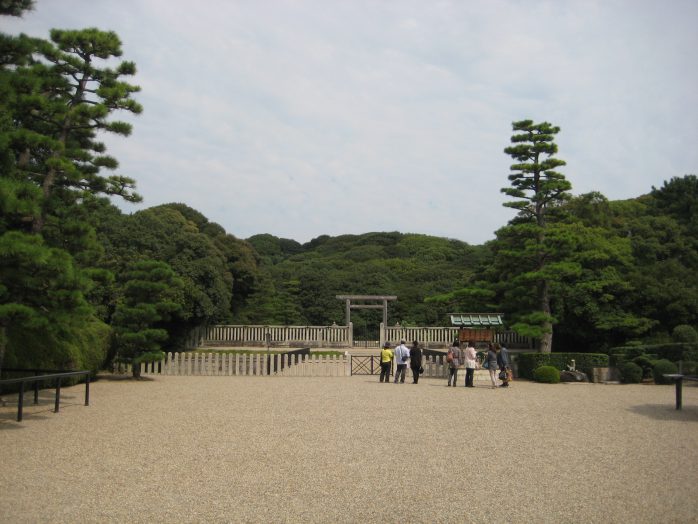 However, there is a hot topic that Daisenryo Tomb is included in Mozu Tombs and Furuichi Tombs that have been registered as World Heritage Site in 6 th-July-2019.

*Mozu Tombs and Furuichi Tombs are groups of megalithic tombs in the same area.

So, please visit there.

By the way, Daisenryo Tomb is No.1 in Japan not only size but also total cost of construction for as tomb.

According to the trial calculation of Obayashi Corporation who is leading construction company in Japan is as followings.

Daisenryo Tomb is considered to be the tomb of Emperor Nintoku, which was built from the first half of the 5th century to the middle.

Imperial Household Agency of Japan gives the name “Mozu no mimi-hara no naka no misagi”.

Somehow, it’s strange name, so I checked. It’s seemed that the name comes from legend written in Nihon Shoki that remains in this area.

“While building a mound, a wounded deer ran away from somewhere. The deer fell down in front of the workers and exhausted at unchanged and died. Just then, strangely a bull-headed shrike took off form ear of the deer.”

It might have been signal that “Make rich nature tomb which animals can live.

At present, Daisenryo Tomb has become a tomb like a forest covered with trees, and as mentioned previously, we can’t judge it is tomb or forest.

“You cannot see the forest for the trees.”

In everything, let’s try not to lose sight of the whole without judging only by appearance.

Please remember that when you visit Daisenryo Tomb. 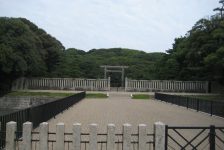