A mysterious mountain castle that is not written at all in the history book, and the truth is not elucidated yet.

The castle name is Kino Castle.

The literal meaning is castle of Oni (Oni is demon or ogre). 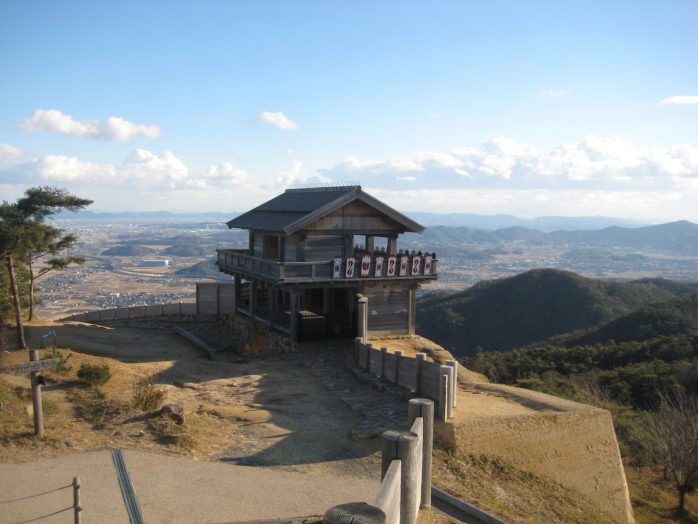 There is an old tare called “Momotaro” that every Japanese people know. Momotaro is translated as Peach Boy.

It is story that Momotaro who was born from peach gets rid of the Oni who ransacked a village.

Kino Castle appears as a castle of Oni in the Momotaro folklore. 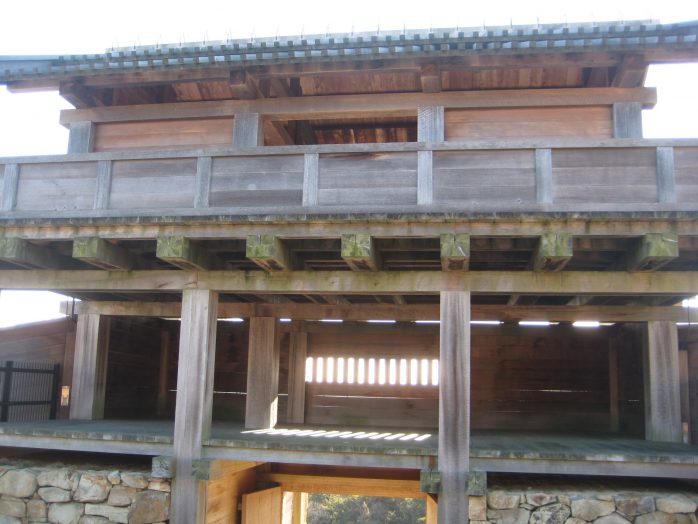 Although the castle is surrounded by mystery, some guesses have been made. 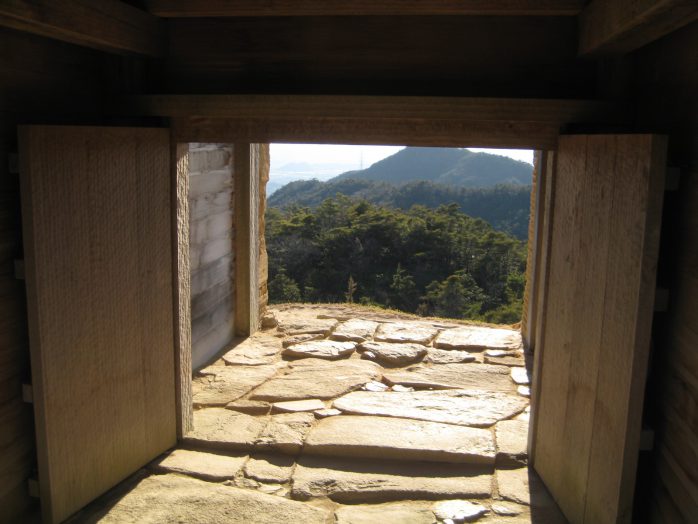 Around middle of 7 century, there were two countries “Baekje” and “Silla” in south area of Korean Peninsula.

After that, it is considered to be the ancient mountain castle that was built in various places in preparation for the invasion of Tang and Shilla.

It seems that Kino Castle is also positioned as one of these defense facilities. However, it is not leave from the range of speculation. The following enhances that mystery. 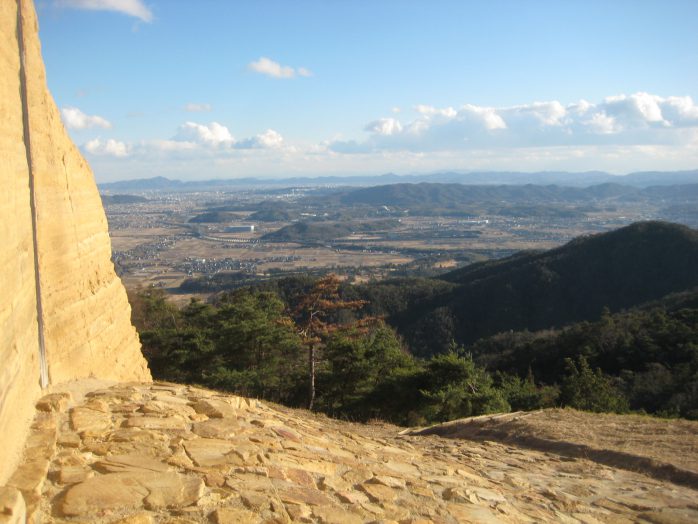 I will continue the explanation.

It seems that Nihon Shoki e.t.c, write that 12 ancient mountain castles were built at key points in western Japan, but Kino Castle is not included in the 12 castles. Then, as I mentioned above, it is not written at all in the other history books.

As described above, mountain castle which is not left in the history book, is called Kogoishi type mountain castle, and 16 castles have been discovered in various places in Japan. 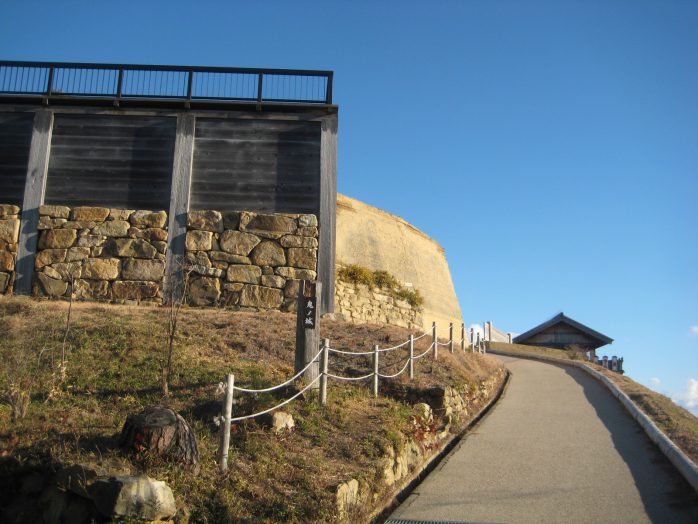 By the way, Kino Castle is not recorded in the history book, but it seems to appear later in the literature such as “Kino Jo Engi” etc. It is called “Ura legend, and it links to the Momotaro folklore.

A foreign ogre came to Kibi. He was prince of Baekje, and name was Ura. He eventually built a castle in Niiyama of Bitchu. He sometimes robbed goods sent from the West Country to the city, and he also robbed woman. So, people were afraid and called Ura’s castle “Castle of Oni”. 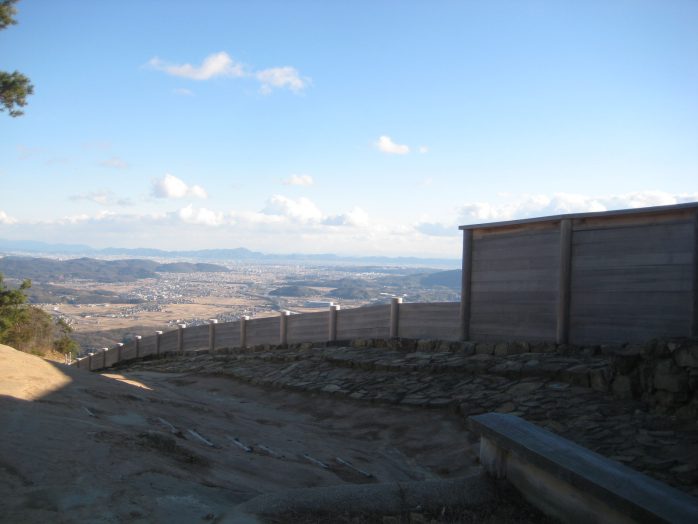 Kino Castle that is not written in the history book. Hero Momotaro in the story. These two combination rouse our imagine.

Not only history, but there are many things that have not been elucidated yet in the world. It might be able to think that modern science has not yet reached the level to be solved mysterious phenomenon. We would like to see things from like that viewpoint, and broaden our horizons. Don’t you think so? 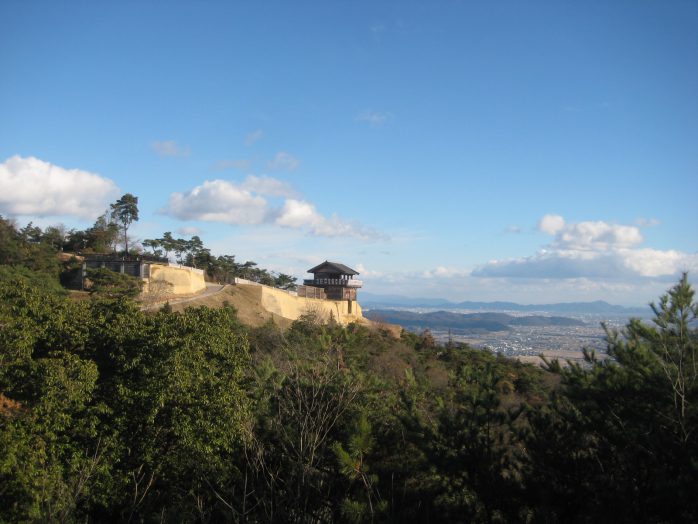 The road to Kino Castle is narrow, and a car barely can pass through. If I write like this, you might feel you really go to the castle of Oni, but please relieved. The area around Kino Castle is tidily maintained, and also in the exhibition room of visitor center, the information about Kino Castle is introduced in an easy-to-understand manner by using panels and models.

And above all, you can overlook the superb view of the Okayama Plain from observatory of elevation of 400m!

Did the Oni also see this scenery? 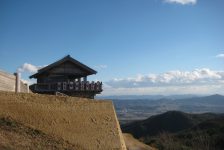 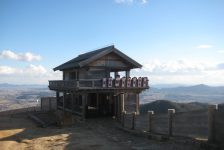 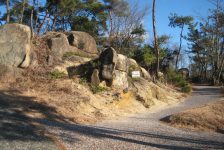 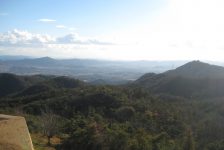 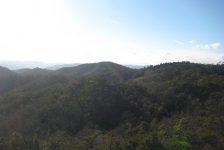 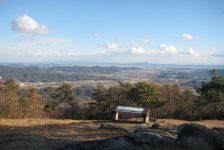 facebook Tweet
Things that you can see at Daisenryo Tomb
What should we use medicinal plants of Mt. Ibuki for?
Scroll