Mt. Ibuki is beautiful mountain that strides between Shiga prefecture and Gif prefecture, and the elevation is 1,377m.

Basho Matsuo who is the most famous poet of the Edo period (1603-1868) in Japan composes for Mt. Ibuki as “Mt. Ibuiki is excellent mountain by itself even without support of moon. 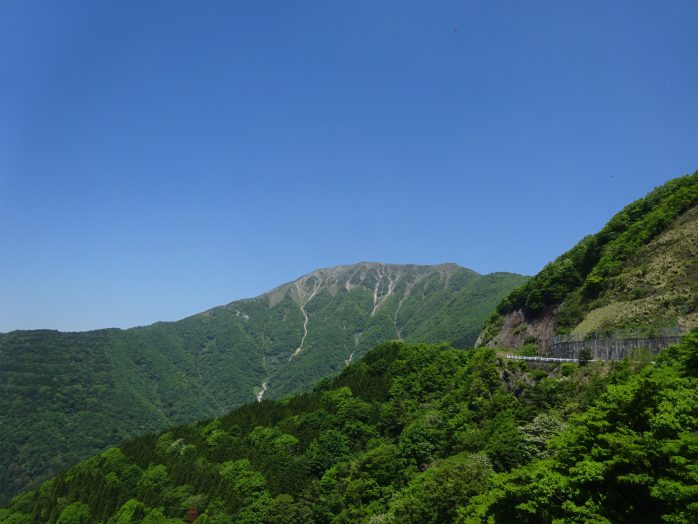 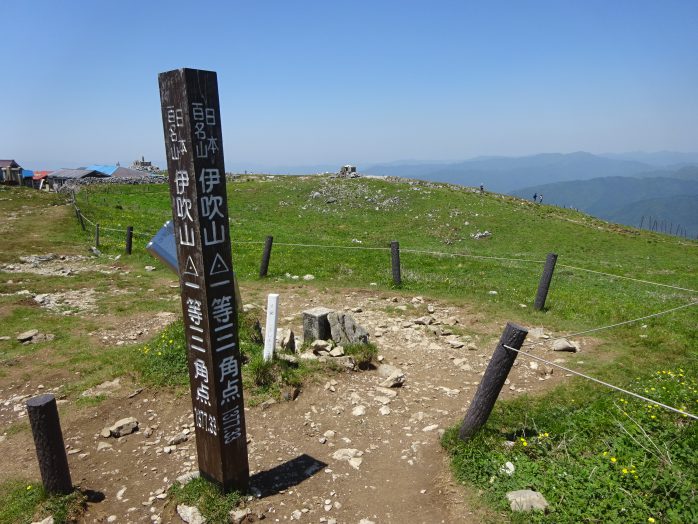 ↑The summit of Mt. Ibuki 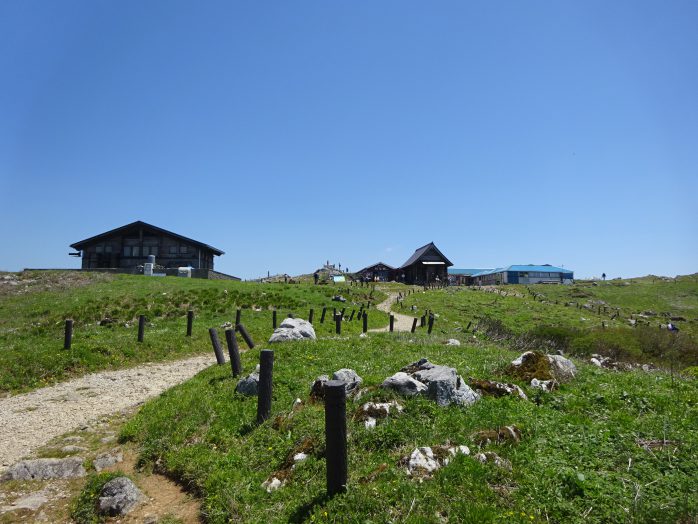 ↑The around of summit of Mt. Ibuki 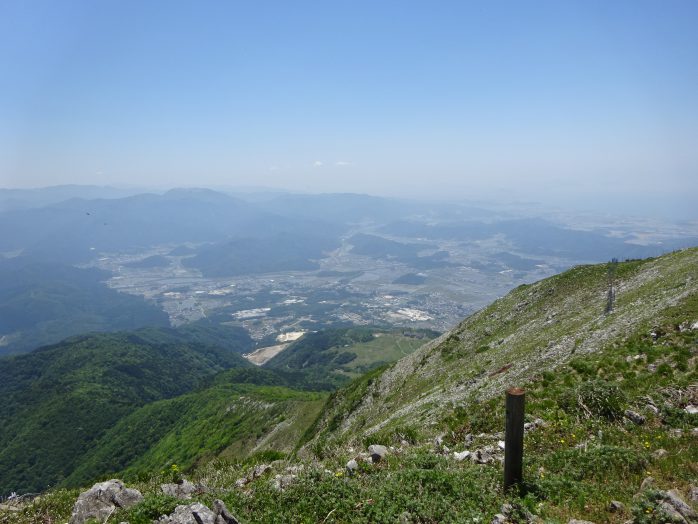 ↑The view from summit of Mt. Ibuki

Regarding the above poem, I think Basho composed by observing the surface, the plant that is covering the surface is also one of the attraction of Mt. Ibuki.

According to the survey results, Mt. Ibuki has many kinds of plants in second in Japan.

As if substantiates it, we can see the Mt. Ibuki’s unique plant species in the flower garden at the summit. Because of their high diversity, these plants have been designated as the National Natural Monument “Mt. Ibuki peak grassland plant community “ as having very high academic value. 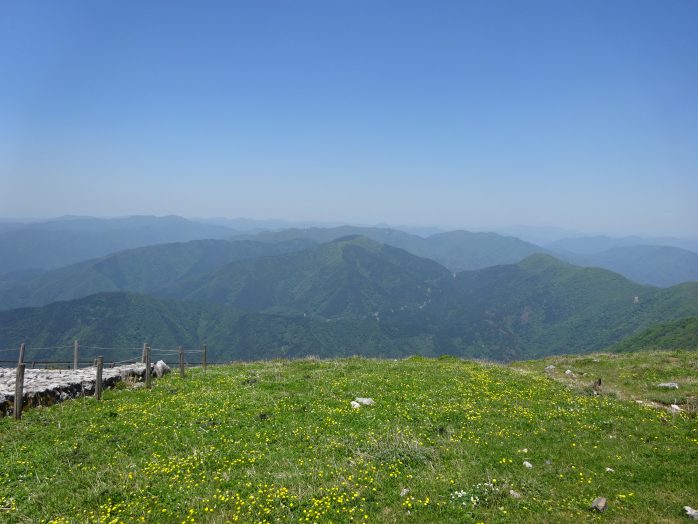 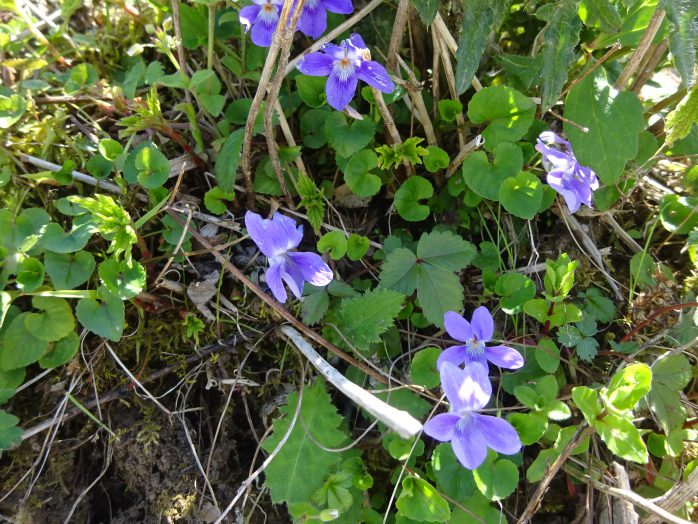 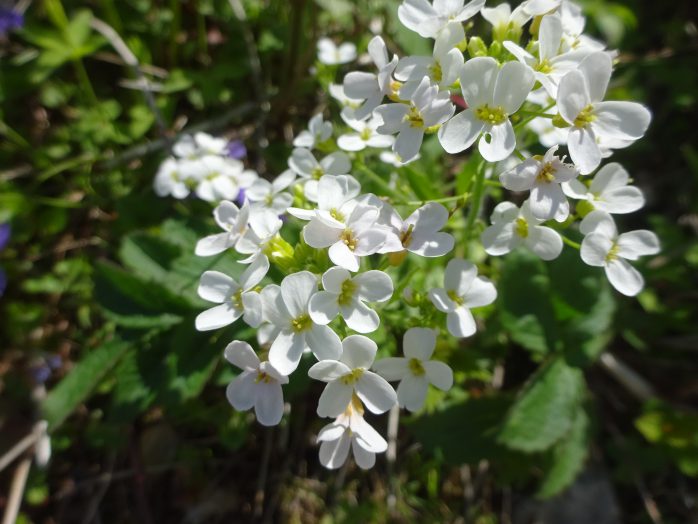 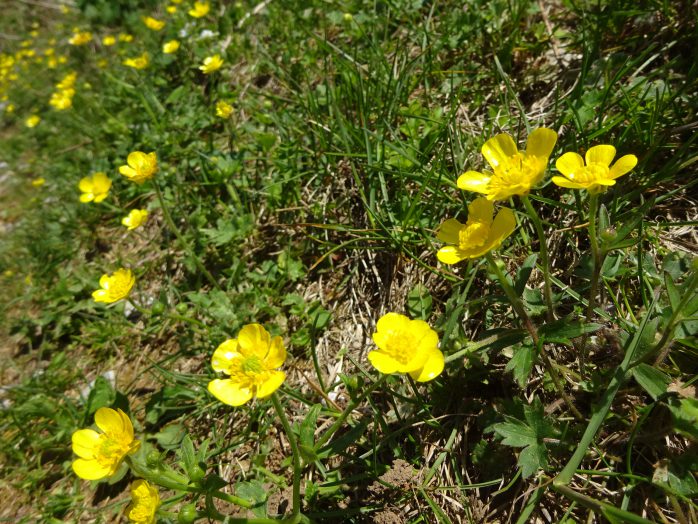 ↑The flowers of flower garden.

The story deviates, but Mt. Ibuki that is surrounded by beautiful flowers has a side that it was a place for hard mountain training until the Edo period in contrast with the soft image of flowers.

Nihon Sandai Jitsuroku (The True History of Three Reigns of Japan) write down what Sanshu who is monk of Early Heian period (794-1185) built mountain temple on Mt. Ibuki, and it reminds that Mt. Ibuki used to be a place of mountain faith.

Ibukiyama temple on the top of the mountain, revived in 1989 can be said to be the remnants of it. 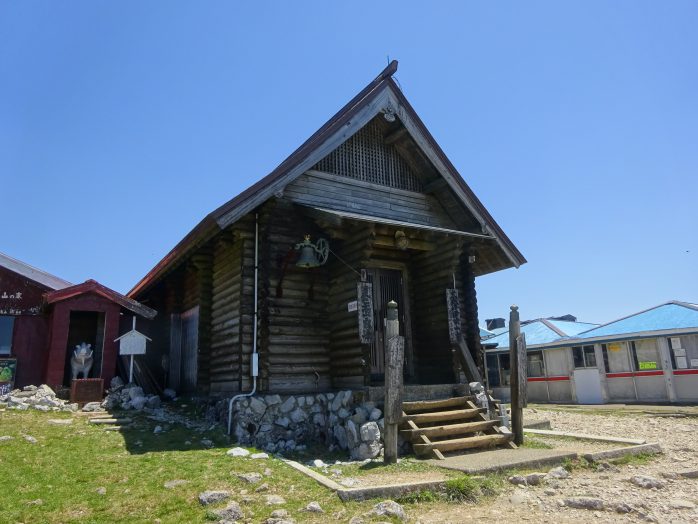 Likewise, it is said that the area of Mirokudo temple on the summit is the tomb of Sanshu. 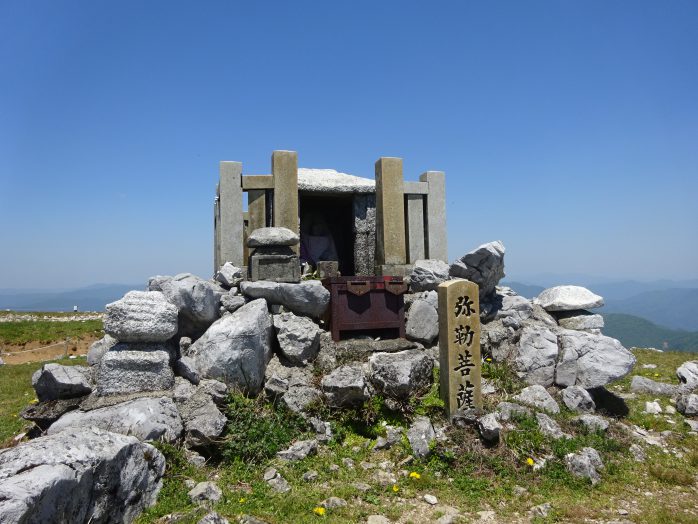 As described, Mt. Ibuki appears in a fragment of history from ancient times, but the oldness can back to the era of mythology such as “Kojiki (Records of Ancient Matters)” and Nihon Shoki (The Chronicles of Japan).

*Kojiki is the oldest extant chronicle in Japan, dating from the early 8th century (711–712).

White boar appear in Kojiki and Big snake appear in Nihon Shoki as a raging god of Mt. Ibuki, and Yamato Takeru who tried to calm this was said to have died on the way back to Ise after fighting.

Mt. Ibuki can be said to be the place where Yamato Takeru got fatal wound. 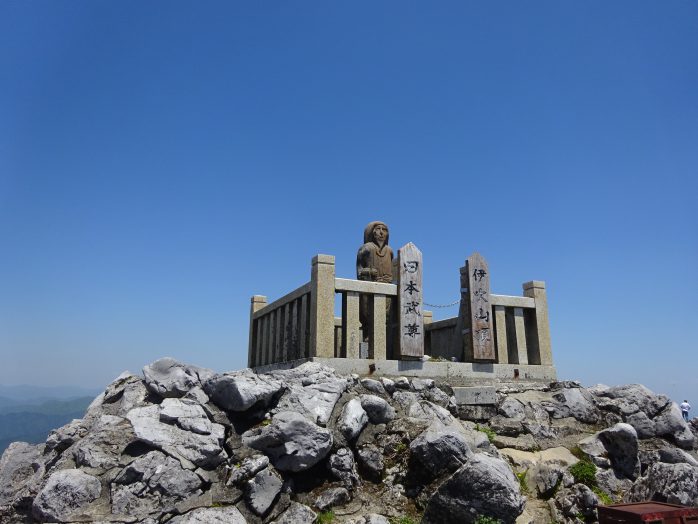 ↑The statue of Yamato Takeru on the summit of Mt. Ibuki 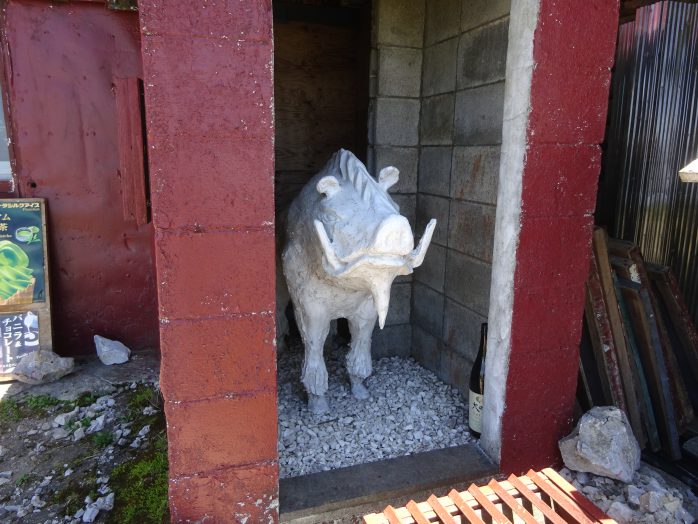 ↑The statue of White boar on the summit of Mt. Ibuki

Well, I will return the story to plants of Mt. Ibuki.

It is noteworthy that especially medical plants among the plants of Mt. Ibuki.

About 280 species of medical plants including Artemisia princeps, Angelica acutiloba and Cnidium officinale that are said to be “Ibuki three major medical plants” are inhabiting on Mt. Ibuki. 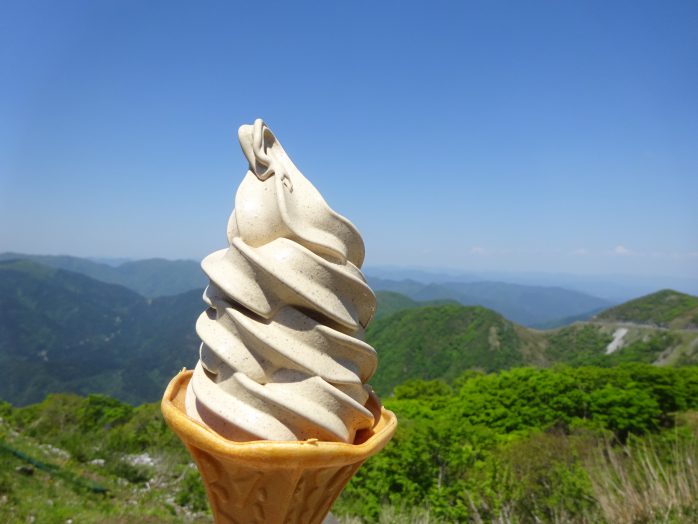 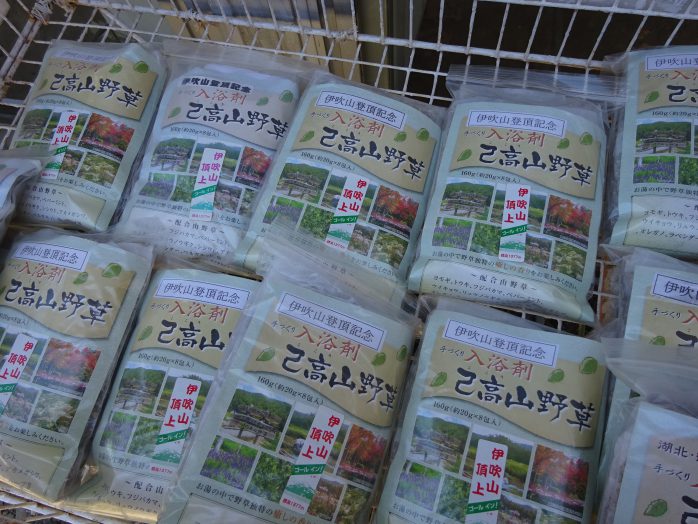 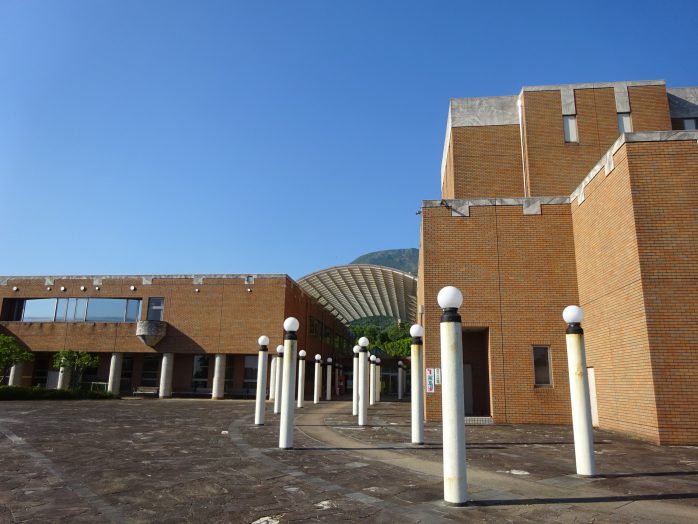 Please enjoy for these when you visit Mt. Ibuki!

By the way, we can medical plants use as opposite worth. It’s poison.

For example, Aconitum is a highly poisonous plant that is that is one of the Japanese three major poisonous plants, but it becomes herbal medicine if prescription is given properly.

I will return the story to Yamato Takeru again.

If Kojiki and Nihon Shoki are literatures that write as narrative style for events of that time, actually, it is possible to inflate the imagination that Yamato Takeru was hit by an arrow of Aconitum when he faced off against local ruler whose power was extended to around Mt. Ibuki.

That’s why Mt. Ibuki is mountain that inhabits medicinal plants, the mythology might had been born.

Nobunaga is a famous warlord in Japan, who was active about 450 years ago.

It seems that the description of this medicinal plants garden have been recorded in several documents in the early Edo period.

Then, there is an interesting theory as one of the reasons why Nobunaga created the medicinal plants garden.

How do you think about?

We can say that Aconitum and also Artemisia princeps will become quite different things depending on where you seek the value.

GPS, the Internet, or MRI are technologies that are originally developed for military use, but are now used peacefully.

Whenever we do something new, not limited to technology or things, we would like to try to think about giving happiness to the other person from the beginning.

The medicinal plants of Mt. Ibuki have become a good medicine to make notice such a thing.

Information of souvenir for Shiga Prefecture.

Traditional Japanese candy? what is in inside?

Why famous Samurai Nobunaga got pretty angry by sushi ?

Let’s join in the lakeside district boat tour and observe the reed in Ohmihachiman!

Mysterious “Kino Castle” that truth is not elucidated
Satsuma shochu is a by-product of a certain purpose?
Scroll