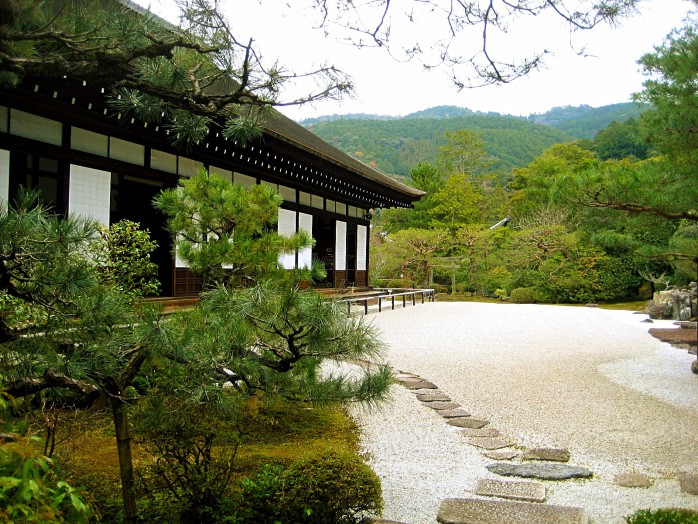 He is called Universal Man, and left many achievement for picture, engraving, architecture, music, science, mathematics, engineering, invention, anatomy, earth science, topography, botany and so on.

Consequently, he is called Leonard da Vinci of Japan.

It is enviable he has versatile ability!

This is off the topic,but there is a Konchi-in Temple that is sub-temple of Nanzen-ji Temple in Kyoto. 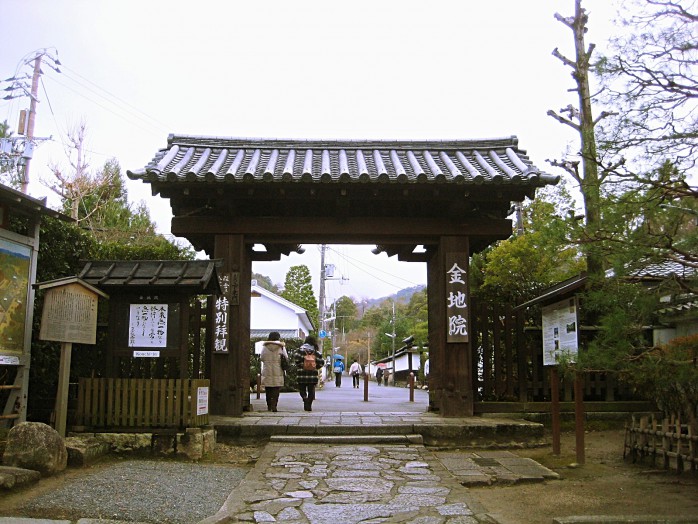 Konchi-in Temple was founded around 1400 by the 4th shogun of Muromachi regime in the north area of Kyoto, after that, it was dismantled and reconstructed to the east area of Kyoto (current place) by Konchiin Suden who was a right-hand man of the 1st shogun Tokugawa Ieyasu of Edo regime. 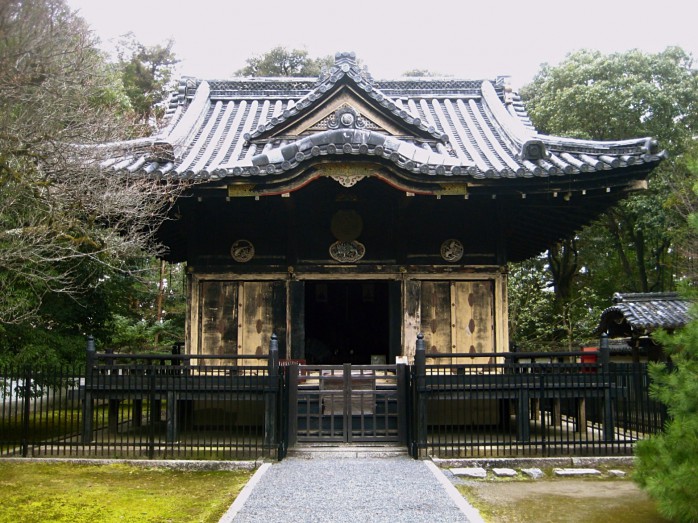 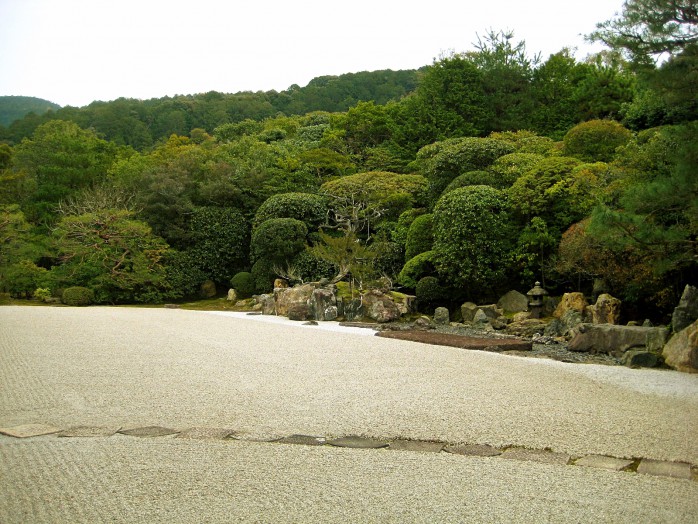 There are many gardens that is said designed by Kobori Enshu, but Konchi-in Temple’s garden is only one garden that accurate the historical document is left.

By the way, when you listened to name of Leonard da Vinci, didn’t you call “The Da Vinci Code” to mind?

It became a popular topic of conversation with mystery novel that was made into movie of American author Dan Brown.

It is thrilling story symbologist Robert Langdon of Harvard University solves the mystery hidden in the Da Vinci’s production “Last Supper”, “Vitruvian Man”, “Mona Lisa” and so on.

On the other hand, has Japanese Leonard da Vinci written something code in garden of Konchi-in?

I will proceed with questionnaire mode.

Do you know what mean the spread white sand in front of the main building of the temple? 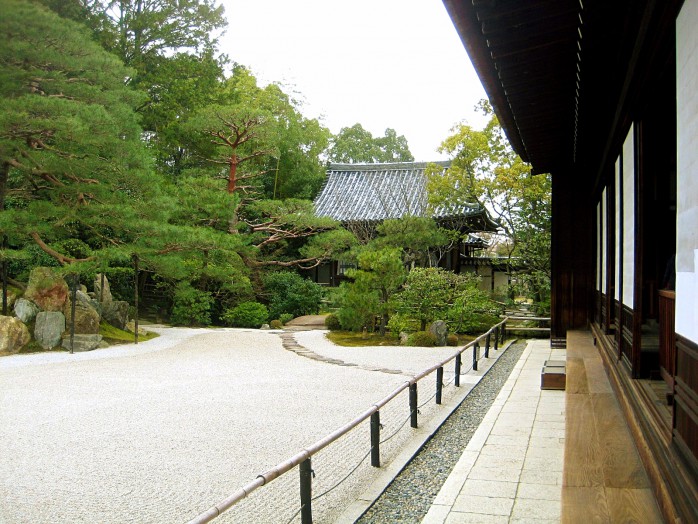 The answer is ocean.

Then, what’s this stones crowd? 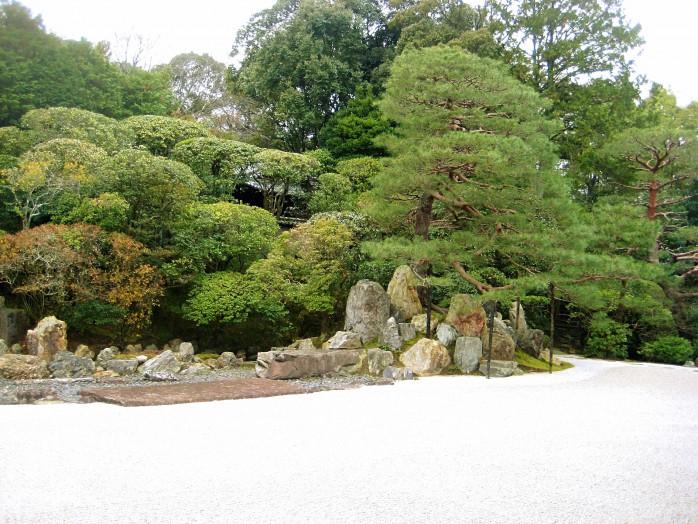 The answer is “crane”. 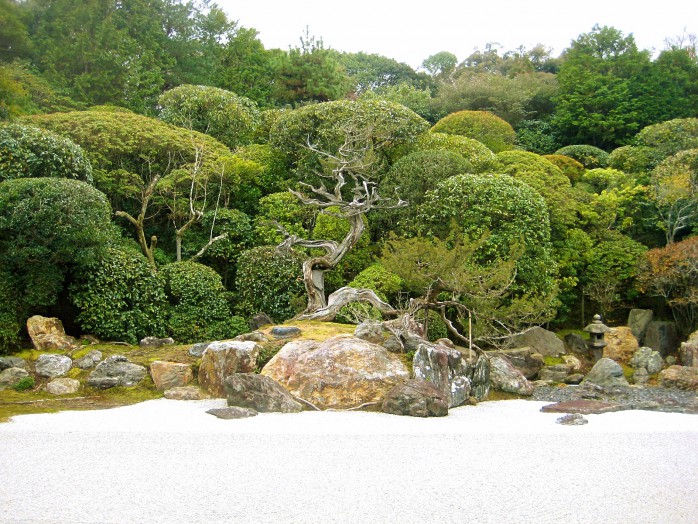 The answer is “turtle”.

This garden is called crane and turtle garden, so we can judge what is described in advance.

The code is not hidden, but contrivance that delight eyes of visitors is worked into the garden.

Eyestop is object that is placed deliberately so that people can attract attention. Stone lantern and stone monument play the role in   Japanese traditional garden. 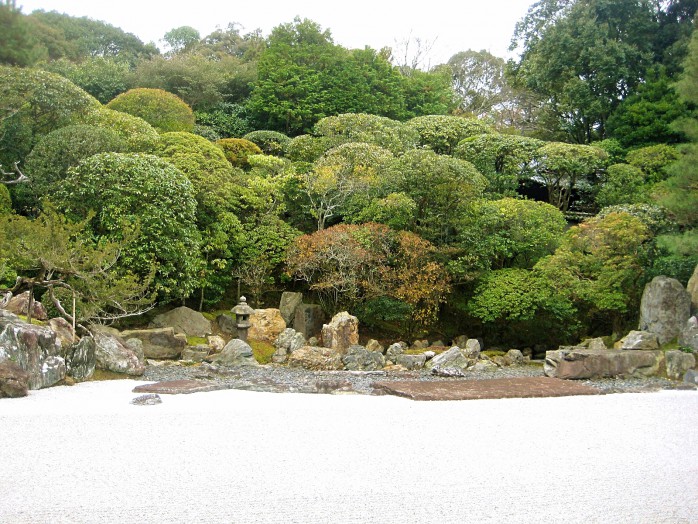 By the way the rectangle stone between crane and turtle was placed in order to worship Tosho-gu Shrine.

When you visit Konchi-in Temple, let’s enjoy the garden from various angle.

People who have many arts like Leonard da Vinci and Kobori Enshu are limited.

On the other hand, there is a proverb “Art brings bread”.

It means, if you acquire an art, it will be helpful for you, and it might become foundation to make your livelihood.

Some people might think I don’t have no art.

For example, if there is a man who is good at getting up early, the man can use the early morning time effectively.

It is not unuseful art now, but it might become useful some other time.

Let’s found anything your art! 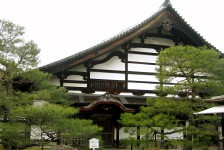 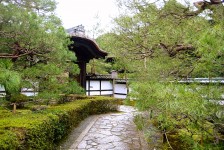 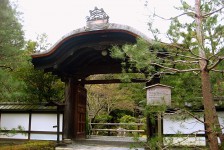 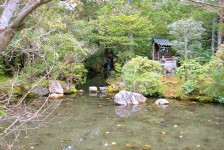 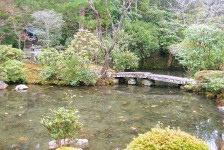 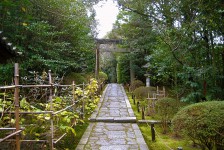 The evolved Konpeito is produced in “Ryokujuan-Shimizu” in Kyoto

Let’s play the leading part on the stage of Kiyomizu Temple!