It’s a depression made by volcanic activity. The one that rainwater accumulated there and became a lake is called a crater lake. Lake Shikotsu is one of the crater lakes representing Hokkaido. 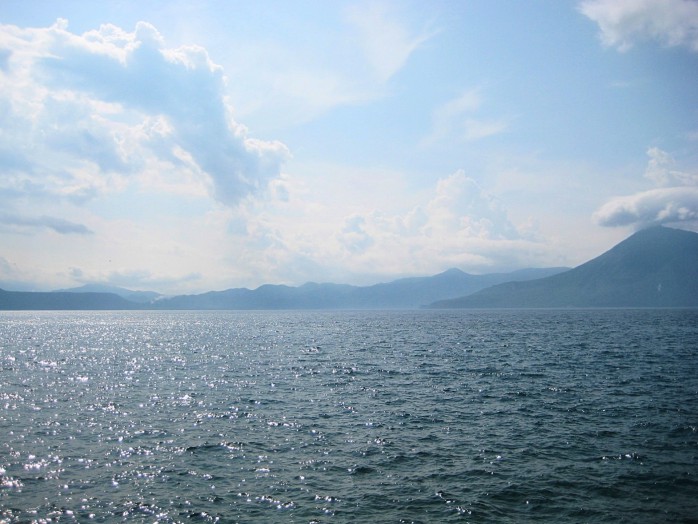 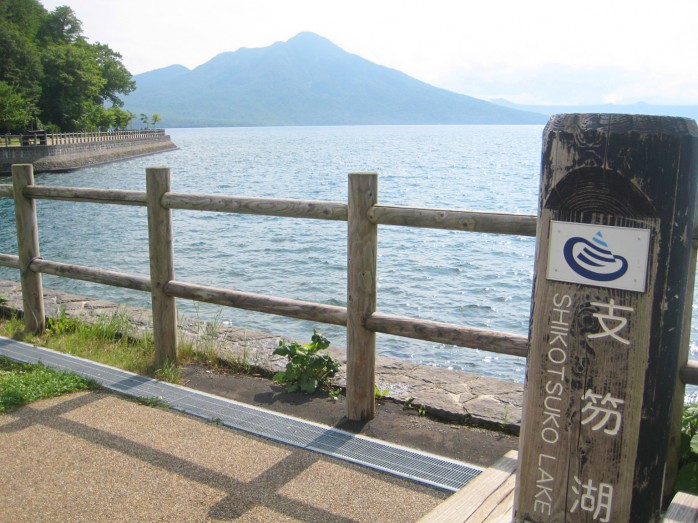 The biggest lake in Japan is Lake Biwa, but though the area of Lake Shikotsu is 1/9 of Lake Biwa, the volume of water kept in store is the second next to Lake Biwa in Japan.

That is obvious, because the depth of the water is also the second in Japan (the maximum depth is 360m). 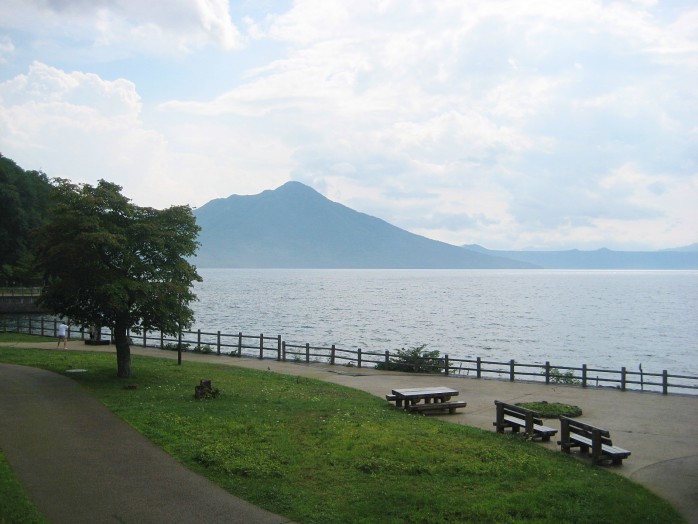 Furthermore, it is fulfilled by high transparency water. The most transparent lake in the world is Lake Baikal of Russia. The second lake is Lake Mashu of Japan. The transparency of Lake Shikotsu is nearly equal to these two lakes. 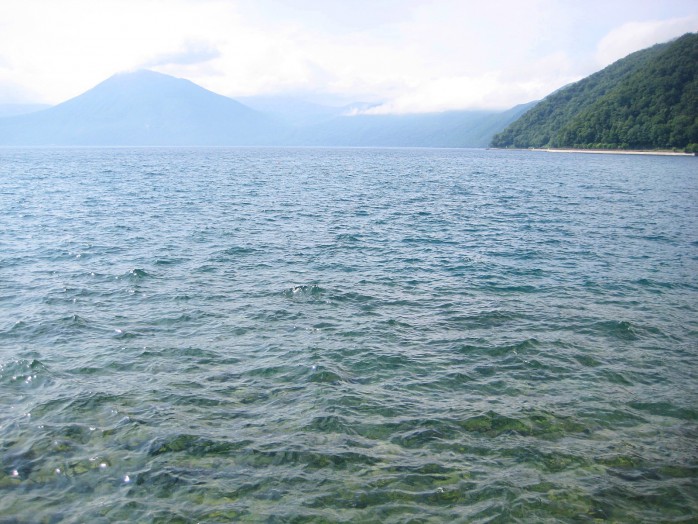 The lake that is surrounded by silent forest and fulfilled by abundant blue and clean water fascinates visitors.

Lake Shikotsu is in distantly related to Japanese history, because it is in untouched vast nature.

However Lake Shikotsu surrounded by the vast nature is related considerable to Japanese history. 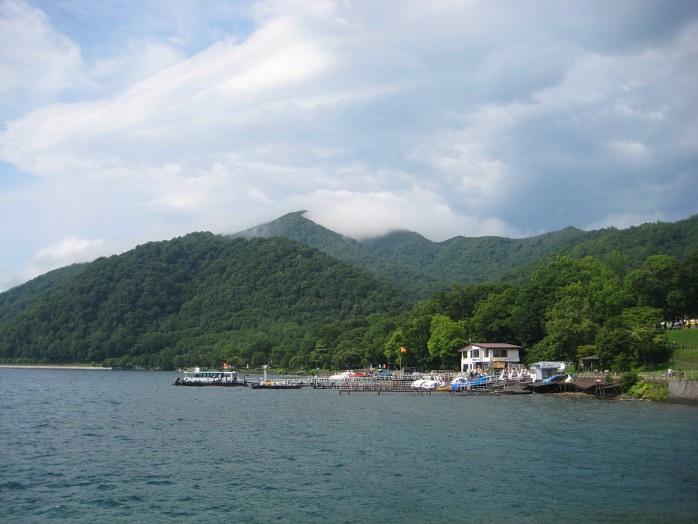 Japan had closed the country until the middle of the 1800s, but they moved ahead with Europeanization policy to catch up with national power of European and American developed countries after the Meiji Restoration.

The Japanese government increased social occasion with honored guests and diplomats from overseas countries for the purpose of being recognized as a civilization nation. Then, Japan attained the opportunity that might be able say culmination of it.

It was the Enthronement of Emperor Taisho of 1915. The invited guests from all over the world would attend in the enthronement, and a diner party would be hold. Japanese government that needed to show that Japan is the first-class power that achieved Europeanization had to serve the highest quality cuisine in the diner party.

Why was cuisine placed emphasis on?

There is an idiom “cuisine diplomacy”.

In the beginning of 19th century, when France lost in the Napoleonic Wars, they were hospitable with the highest quality French cuisine day and night while going on with the negotiation for post-war process. As a result, though France was defeated nation, they were able to get favorable terms.

Well, I would like to return to the topic of the Enthronement of Emperor Taisho. The person who was selected for executive chef of the diner party was Mr Tokuzō Akiyama. He trained himself in Hôtel Ritz Paris that is the greatest of French cuisine, and also he is the first court chef who mastered genuine French cuisine. He had another name “The Emperor’s Chef”. 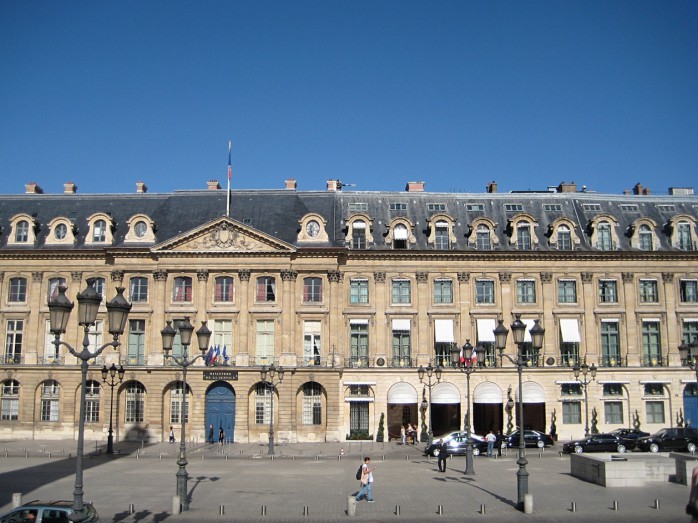 Tokuzō decided to use a crayfish for cuisine of the diner party.

There isn’t custom to eat crayfish in Japan, but there is custom to eat it in Europe. Tokuzō thought, if the invited guests appreciate crayfish cuisine, Japan is able to show the level of as modern nation.

Crayfish inhabit in a marshy place, so if we try to cook it, the offensive odor can’t be removed. So, Japanese crayfish that inhabit in a mountain torrent of circumference of Lake Shikotsu was focused. To it’s surprise! Japanese government dispatched army to Lake Shikotsu and made them catch crayfishes of about 3,000. 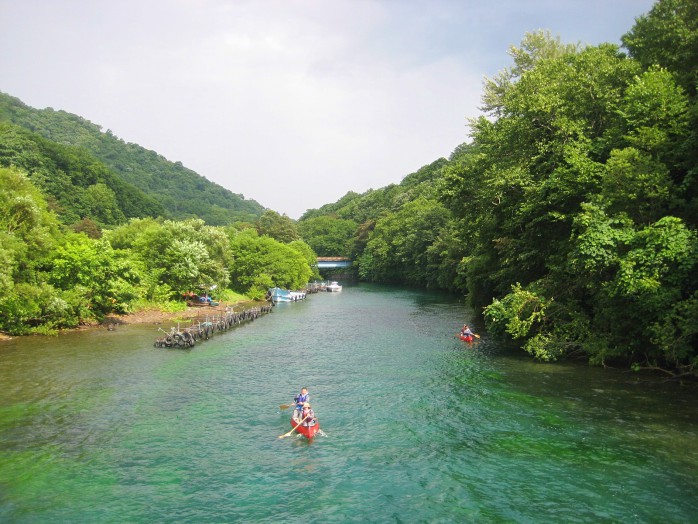 Then, soup used crayfish was served as soon as the dinner party start. The result was perfect! The soup wowed the invited guests. The highest French cuisine was served one after another starting with crayfish soup, and the diner party succeeded.

Eventually, the outcome appeared after 5 years. Japan accomplished to join in a permanent member of the United Nations.

The vast nature and history are unrelated seemingly, but Lake Shikotsu relate with history. That can be said in everything. Lake Shikotsu might want to teach it. 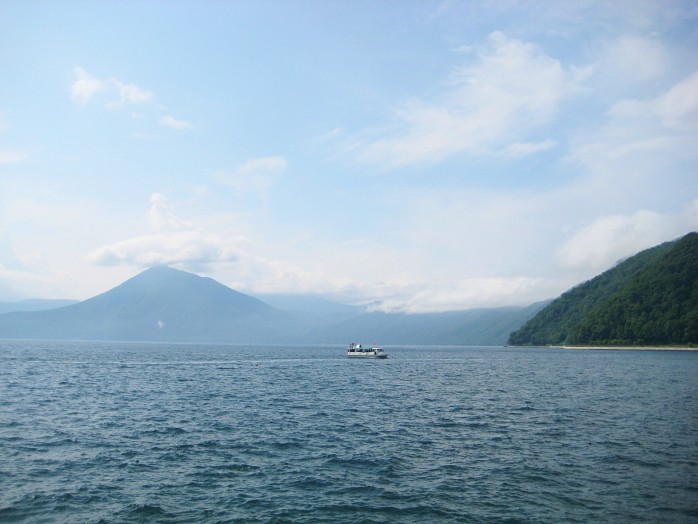 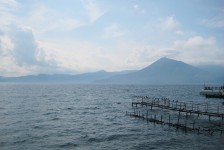 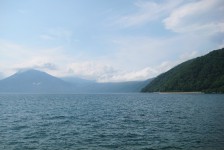 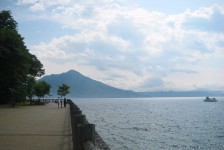 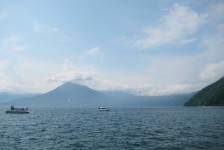 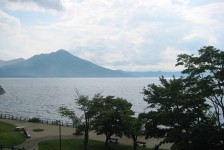 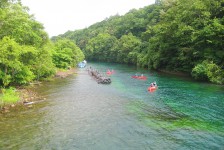 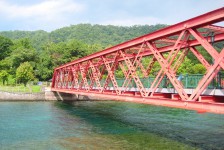 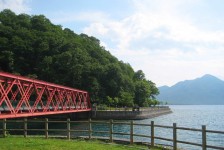 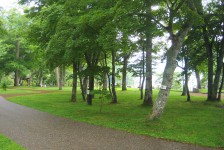 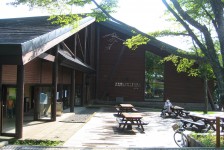 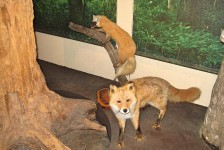 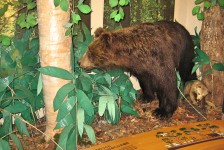