The number of source for natural hot spring is more than 2,300 places!

It holds one-tenth in Japan!

And, the scenery where white vapor rises from the streets of the city is impressive!

Beppu is a hot spring resort worthy of the name of Hot Spring City both in name and reality. 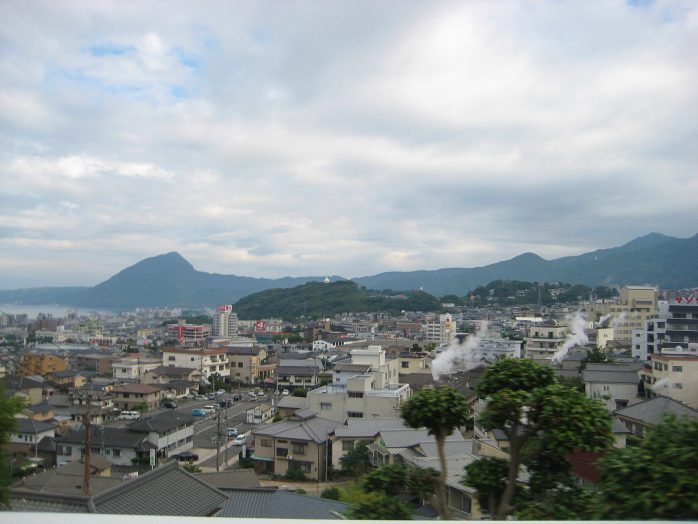 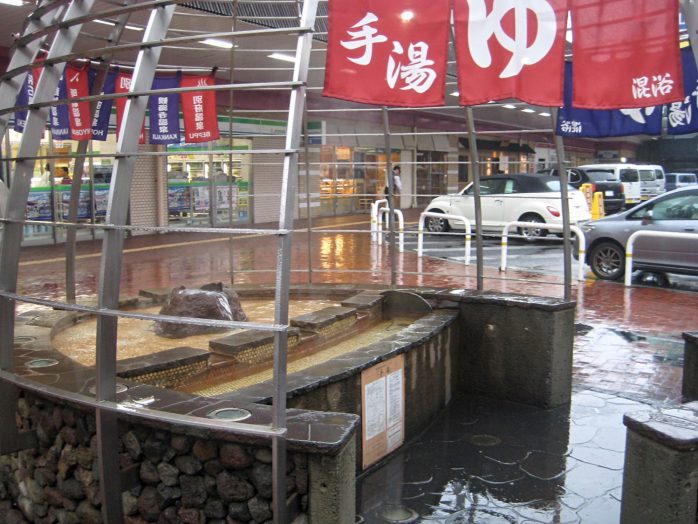 ↑Hot spring for hand in front of Beppu station 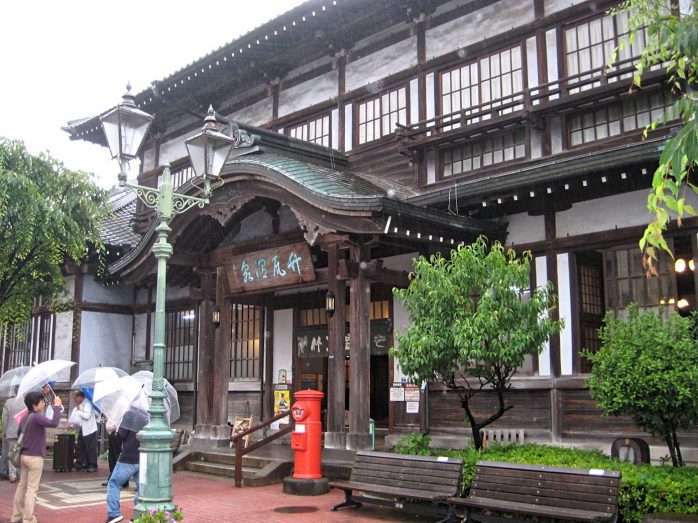 Fudoki are ancient reports on provincial culture, geography, and oral tradition presented to the reigning monarchs of Japan, also known as local gazetteers.

It seems that we can confirm the existence of hot spring of Beppu in “Iyokoku-Fudoki” of Nara period (710-794).

It is said that it is also written in “Bungo-Fudoki” of the Nara period as well.

Or, there seems to be a record that a sanatorium was built to heal the wounded warrior as the affair of Kamakura period (1185-1333).

Furthermore, in Edo period (1603-1868), Mr Ekiken Kaibara who was herbalist and biologist recorded for hot spring of Beppu in his own travel writing.

Well, Beppu is famous for “Jigoku-Meguri”. The meaning of that is “Hells Tour”.

“Hells” are hot springs that is nationally designated “Place of Scenic Beauty ” in Beppu. The “hells” are for viewing rather than bathing. 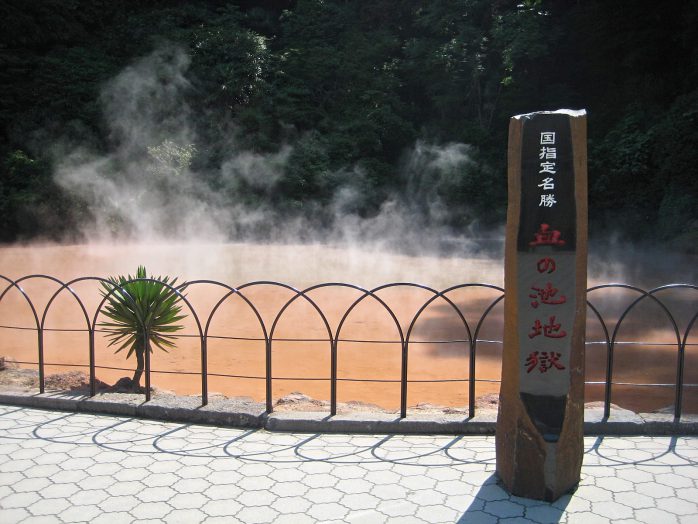 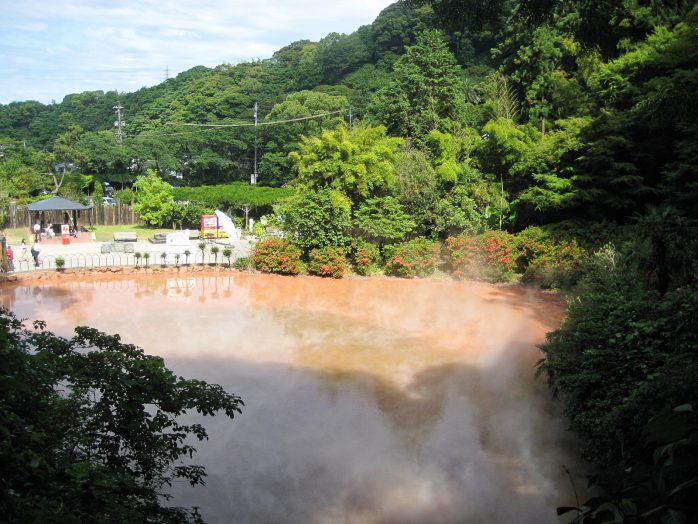 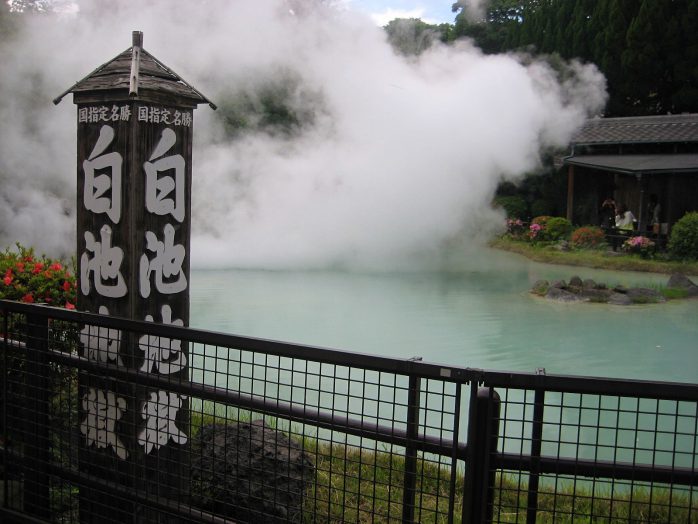 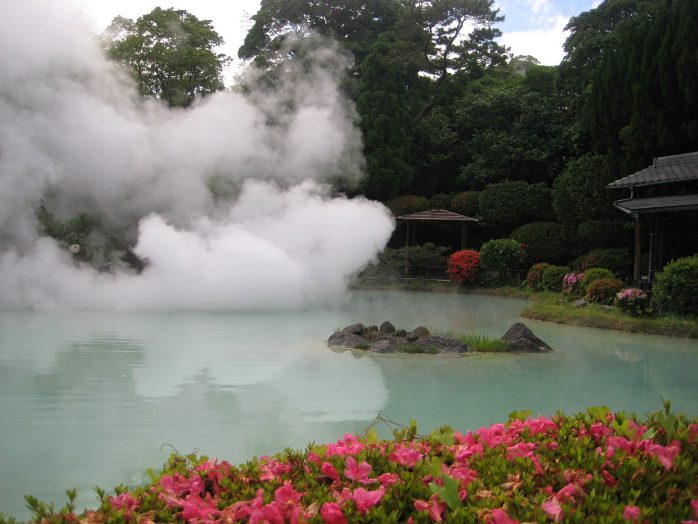 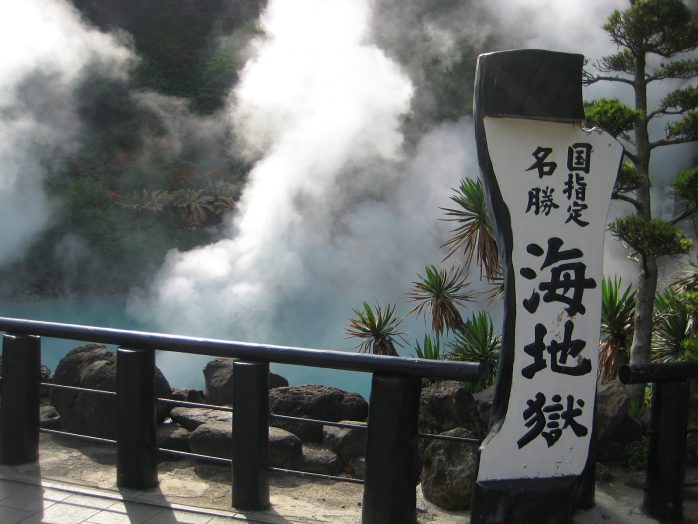 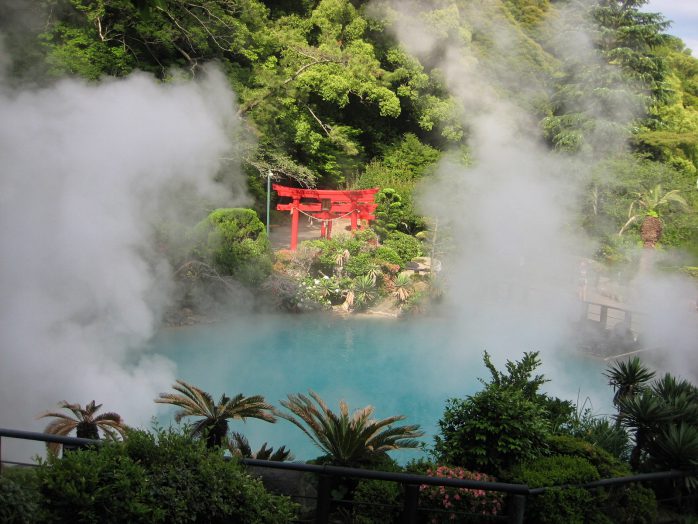 Speaking of hell, many Japanese will imagine a demon.

We can see the many goods, title and place name for demon in Beppu, but it seems that the relation between Beppu and demon is not altogether far from historical fact. 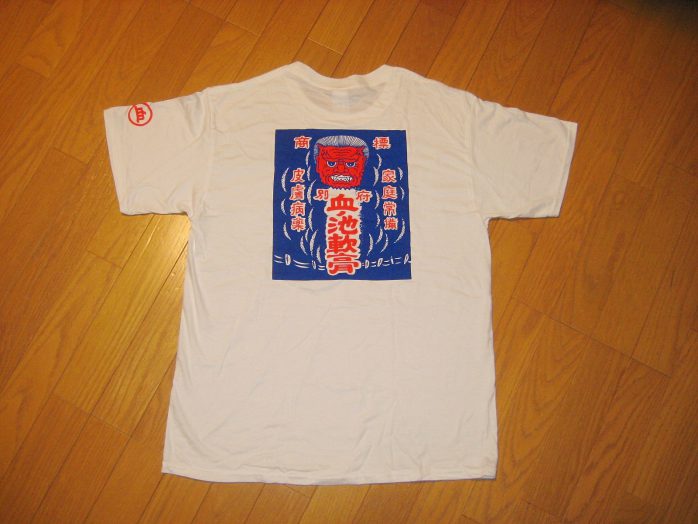 Demon will be translated into Oni in Japanese.

It is said that thought and word for Oni from China and Korea was brought to Japan together with Buddhism in the 6th century. In those days, the race that came and was naturalized as Japanese citizen from Korea peninsula is called Wani.

It seems that Wani were causing power struggle and rebellion in the area including Beppu.

From the above, there is an opinion that thought of Oni, and Wani who were causing power struggle and rebellion (It reminds us that Oni behave violently) and Hot Spring such as Chinoike-Jigoku that reminds us hell were mixed and left afterimage of Oni in Beppu.

It might be able to say that overlapping various events can be cause of new things to be born.

Let’s become friendly with Oni and soak in hot spring of Beppu! 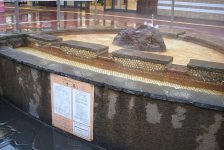 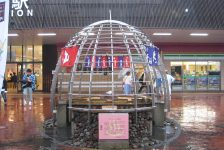 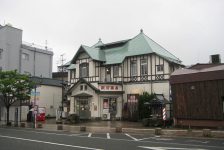 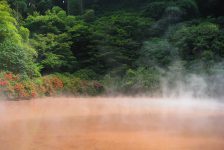 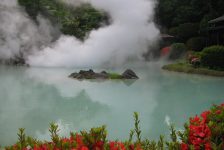 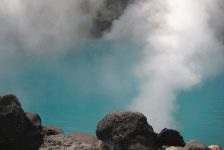 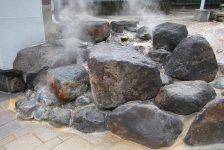 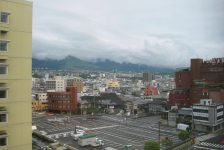 Who is Japanese famous man who protected beautiful landscape of Kyoushuhou?
Himeji Castle is protected by invisible power
Scroll