Kyoushuhou is a scenic spot where high steep peak of rock and trees on there make beauty scenery with superb contrast. 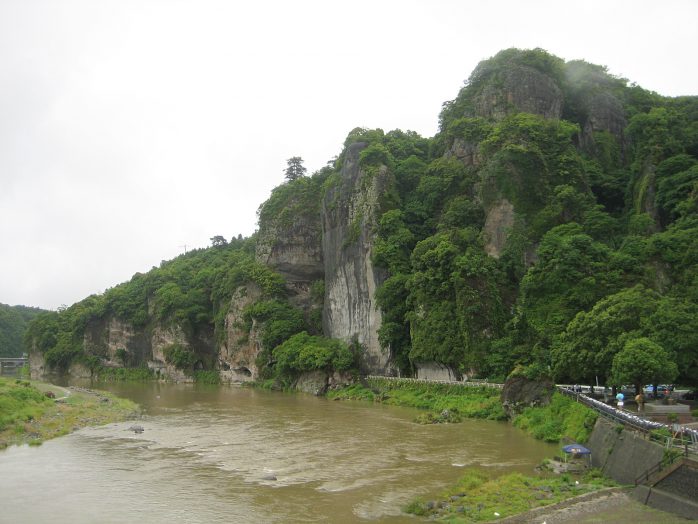 When I visited there, it was ill-timed rainy day, so my feeling was also threatening to rain. However the faint hazy peaks made mysterious landscape where as if legendary wizard lives, and the landscape swept away my gloomy feeling. 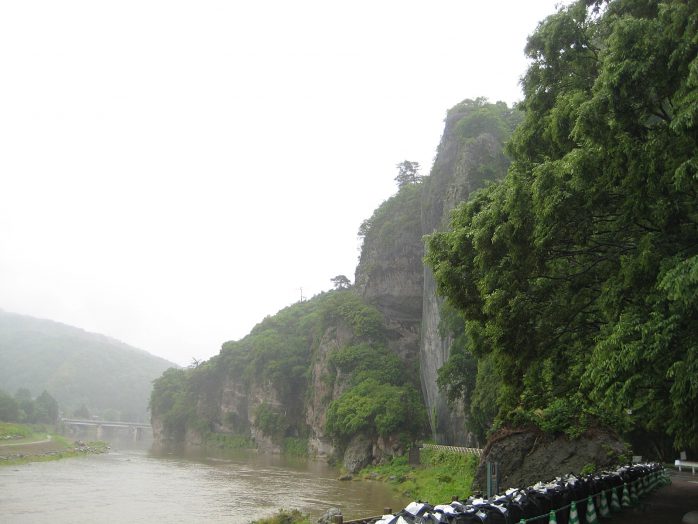 Aonodōmon (meaning “blue tunnel”) that Buddhist priest named Zenkai dug 250 years ago is on the skirts of such a Kyoushuhou. 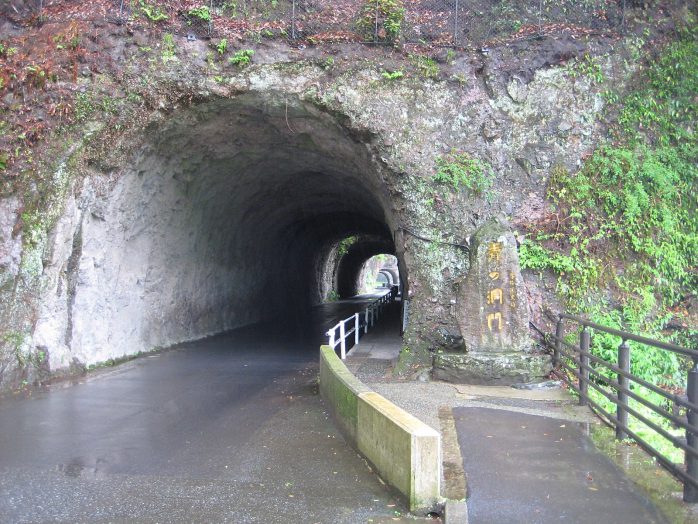 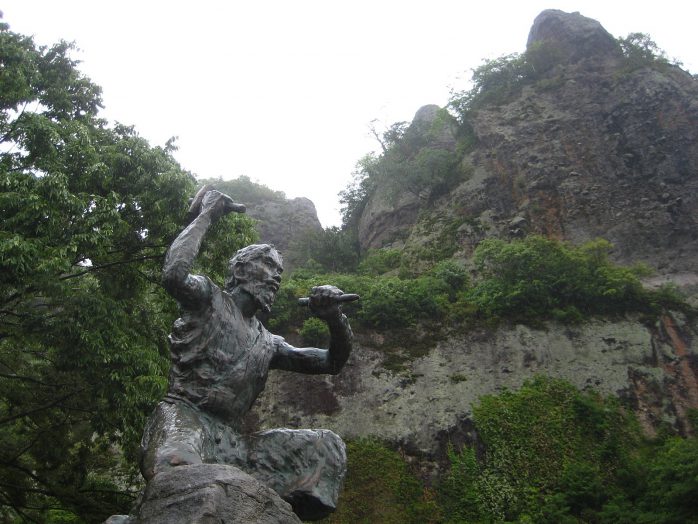 ↑The statue of Zenkai and Kyoshuhou

When Zenkai stopped at here during his itinerant, here was dangerous spot that road with connecting only chain was on a precipitous cliff. Zenkai was confronted with pedestrian lost a life, so he decided to dig tunnel and build the safe road. It is said that he dug through for 30 years with only chisel and hammer. 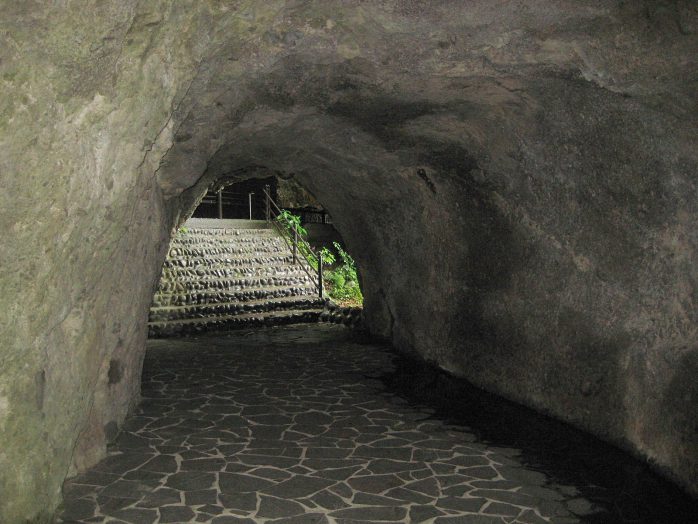 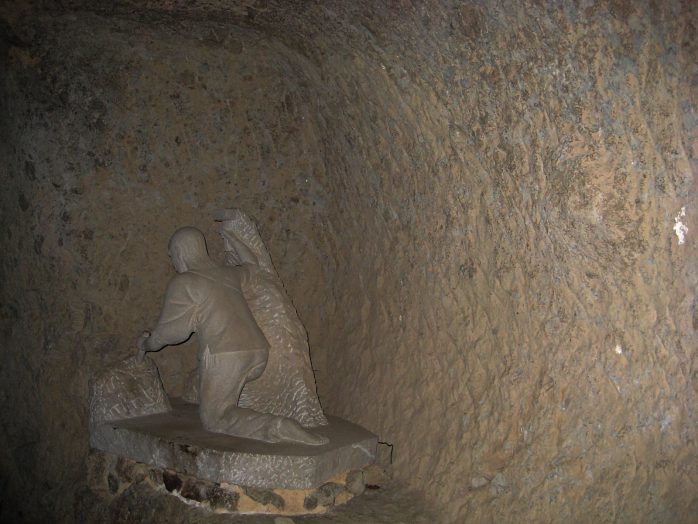 ↑Aonodōmon and The statue of Zenkai

It is said that the passerby was collected a toll after completing the first phase construction in 1750, so it is also said Aonodōmon is the oldest toll road in Japan. 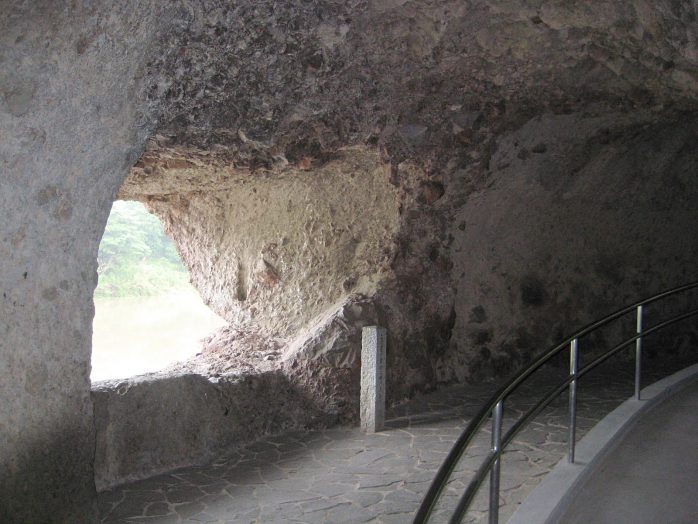 Now that about 250 years passed after the completion of Aonodōmon was dug with just chisel and hammer, Japanese digging technology of tunnel became one of the best technologies in the world. In 1988, Japan has completed the world’s longest Seikan tunnel (total length 53.85 km) as a tunnel that people come and go.

Let’s turn our eyes to the world.

Bosporus that divides Istanbul the biggest city in Turkey into two areas is a strait that make border between Europe and Asia. The undersea tunnel that connects these areas is completed in October 2013 under the support of Japan. 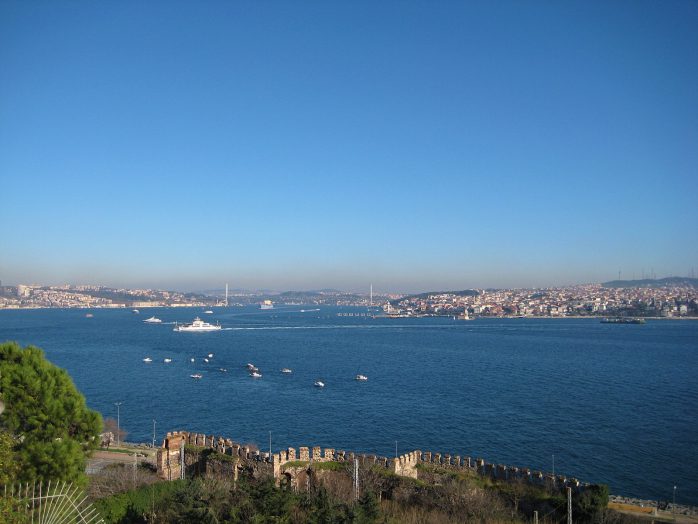 When it comes to tunnel, next to, we can image bridge. 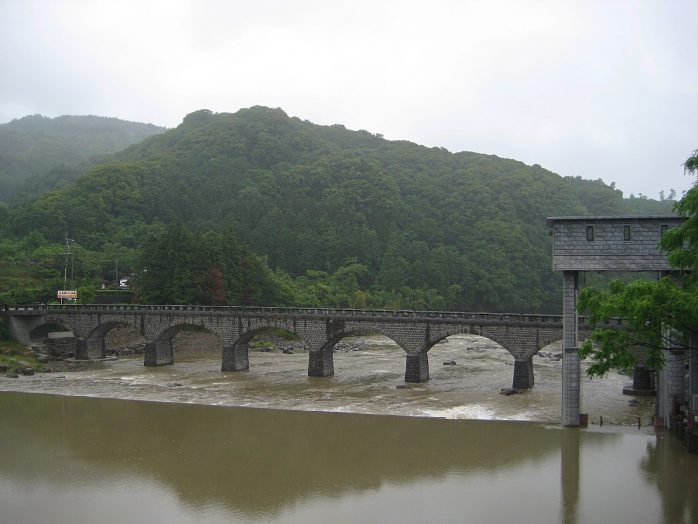 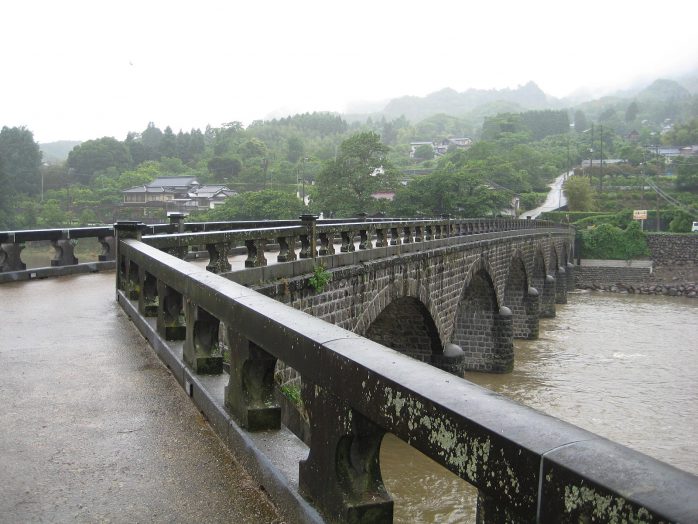 By the way, formerly, Kyoushuhou and the neighborhood had been put on the sale, and it had been devastated. 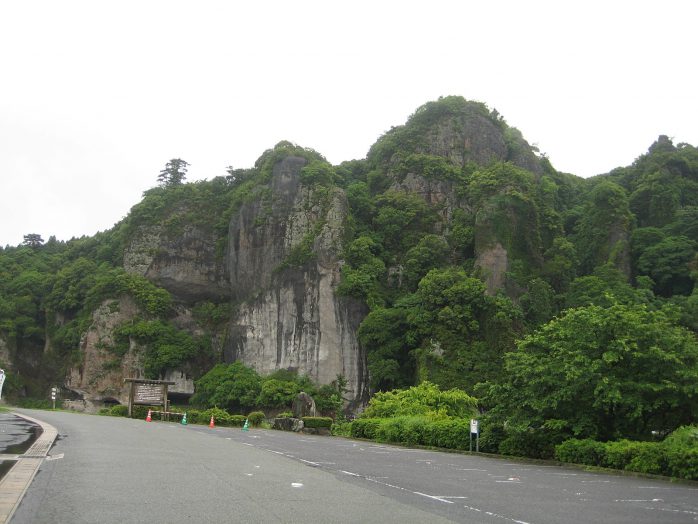 A person saved this crisis. The person is one of the people the current Japanese often see. Who do you think?

Please look at the 10,000 yen note for the answer. The answer is Mr Yukichi Fukuzawa.

Yukichi purchased Kyoushuhou and the neighborhood to protect the landscape in 1894 (He was 59 years old).

Do you know the word “National Trust”?

National Trust is a volunteer organization that was established in UK for the purpose of conservation for historical buildings and nature scenic spots. There is acquisition of nature environment to protect from environment destruction as one of the activity of National Trust

Yukichi might be pioneer of National Trust in Japan.

Yukichi wrote a book “An encouragement of Learning”. And he has left the famous phrase in Japan on the book as following.

“It is said that heaven does not create one man above or below another man.”

He might have realized that the top and bottom is meaningless in front of the nature. 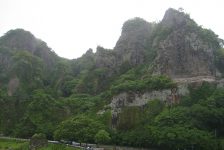 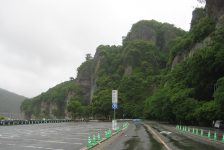 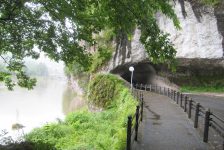 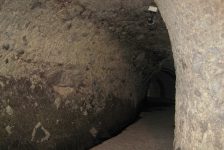 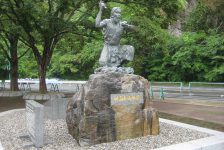 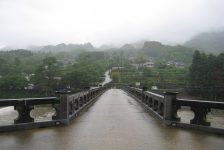 How was water supplied to Ako Castle?
Did the demon really exist? What’s the origin of demon of Beppu?
Scroll