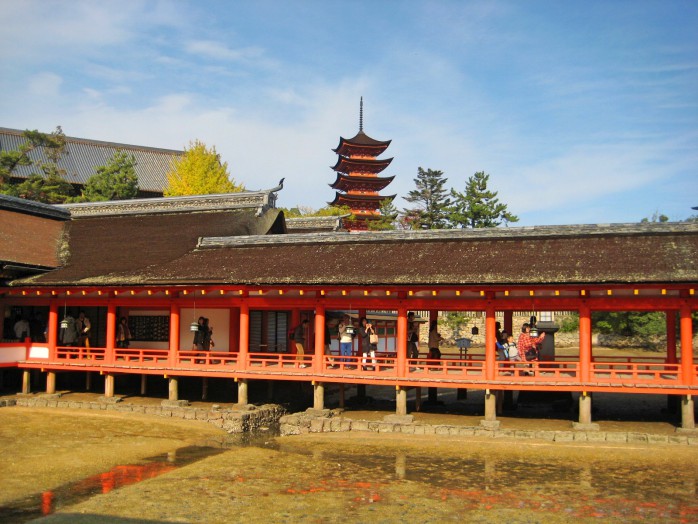 This beautiful shrine is situated top class in every respect of Japan as followings.

●Miyajima is one of the three most scenic spots in Japan together with Matsushima and Amanohashidate. 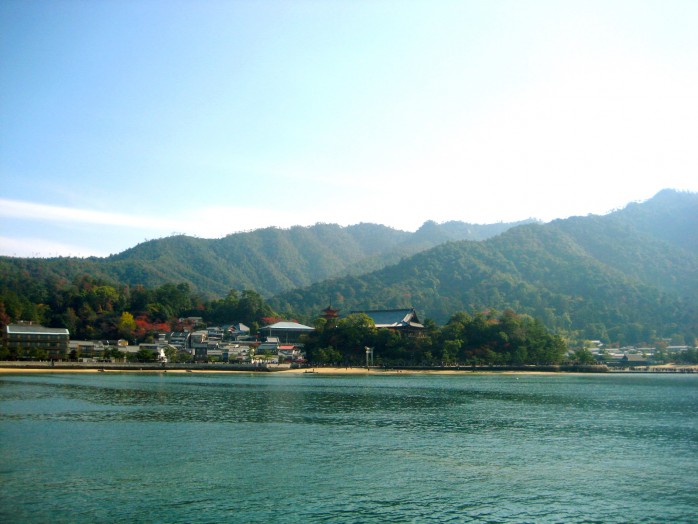 ●There is a stage in front of Itsukushima Shrine. The stage is one of the three major stages in Japan together with Shitenno-ji Temple and Sumiyoshi Shrine. 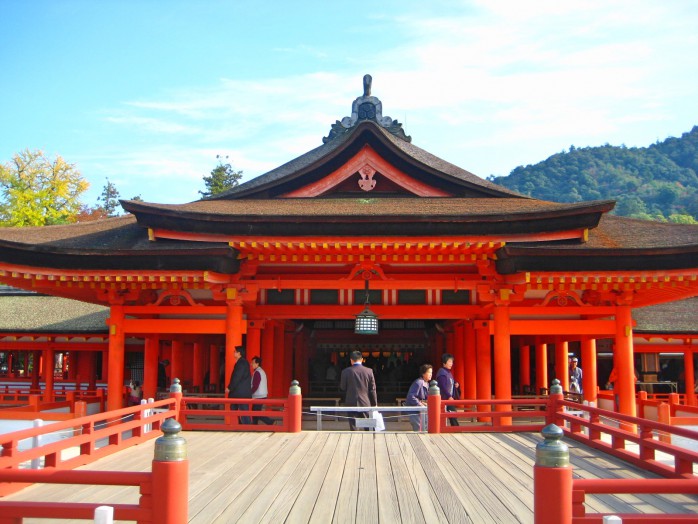 ●The big torii of 16m high on the sea is one of the three big torii together with Kasuga-taisha Shrine and Kehi Shrine. 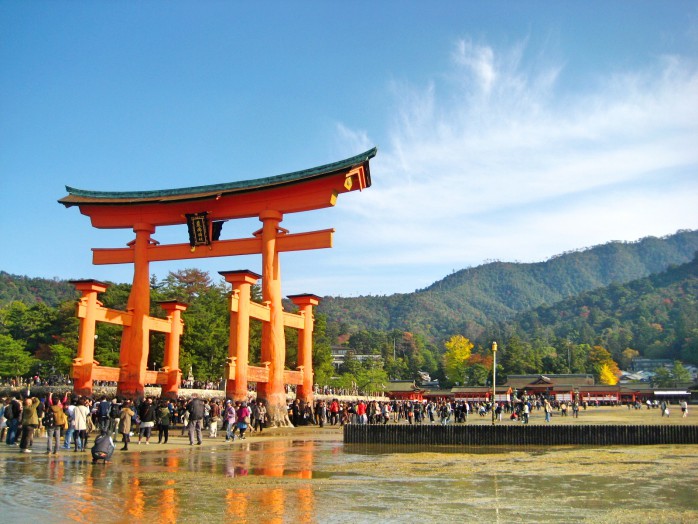 ●It was designated a World Heritage site in 1996.

●It is the head Shrine of 500 branches of Itsukushima Shrine in Japan.

Itsukushima Shrine is time-honored. It was established in 593, but the structure of maritime shrine as currently was built in 1168. Recently, Hatsukaichi city formed tourism friendship city agreement with Mont Saint-Michel of France. 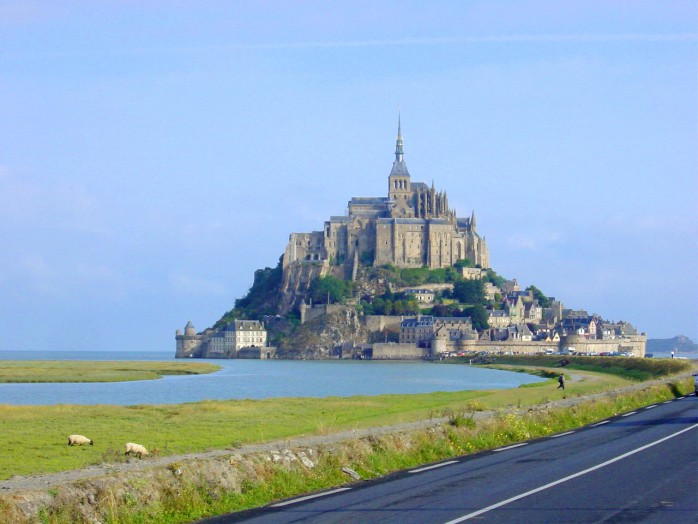 In passing, the reason for friendship city with Mont-Saint-Michel is due to a point in common as followings.

●Maritime heritage floating on the sea.

●More than 1,000years history as sanctuary of faith.

●It is a tourist resort that represent of each countries.

Why was Itsukushima Shrine built on the sea?

One of the theories is as following.

It seems that Itsukusihma is derived from “Island serve to God”. In short, the whole island is God. It means we can’t afford to injure God. From this reason, the shrine was built on the sea.

Even though the Shrine is on the sea, it does not mean special construction techniques have been used. In passing, the base of the big torii is not buried deeply in the ground, it is standing alone by self weight. 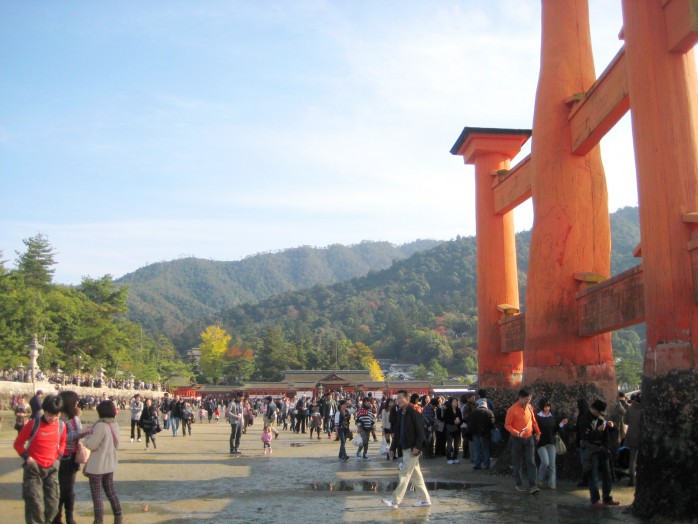 ↑Base of the big torii

If pressed for contrivance of maritime structure, there is a gap between board and board on the corridor. The gap perform to protect the shrine by letting the tidewater off at the time of the typhoons and abnormal tide level. 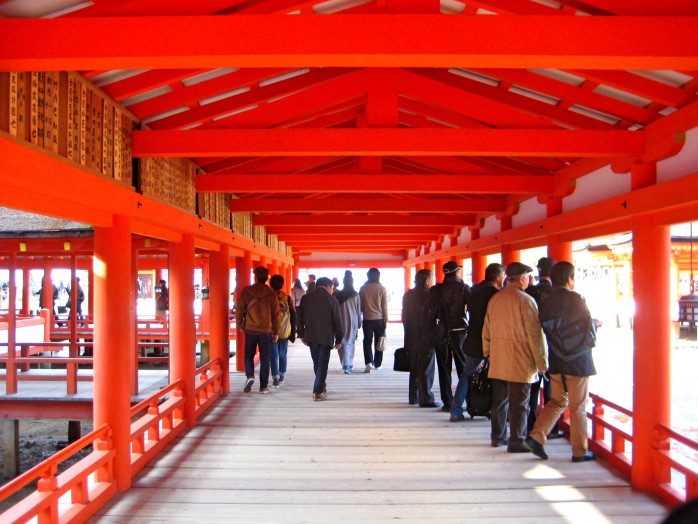 8 boards are lined between pillar and pillar.

In reality, 8 is key number for Itsukushima Shrine.

●The measurement between pillar and pillar on the corridor is 8shaku (nearly 2.4m).

●The number of pillars on the corridor are 108.

●The number of hanging lanterns on the main building are 108. 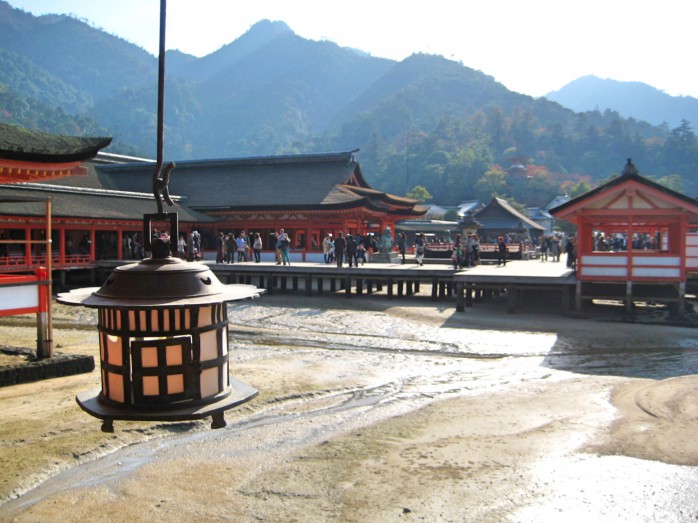 ●The number of stone lanterns on the entrance path are 108. 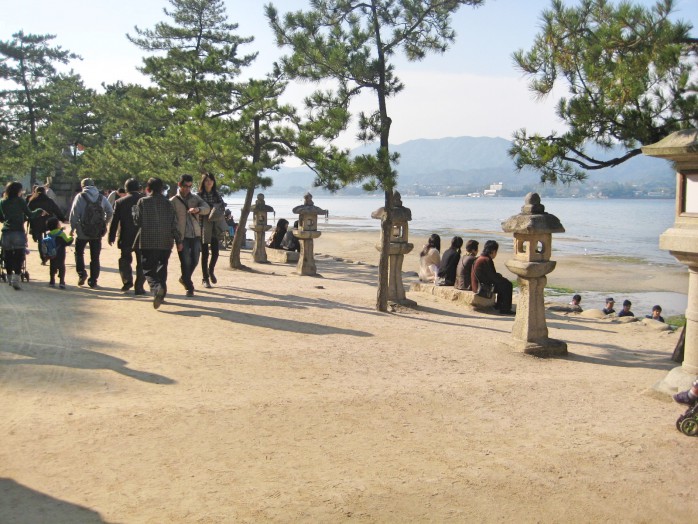 ●The measurement from the main building to the big torii is 108ken (nearly 194m).

●The measurement from Hitasaki to the big torii is 88ken (nearly 158m).

(*Hitasaki is the tip of Shrine’s jutting point) 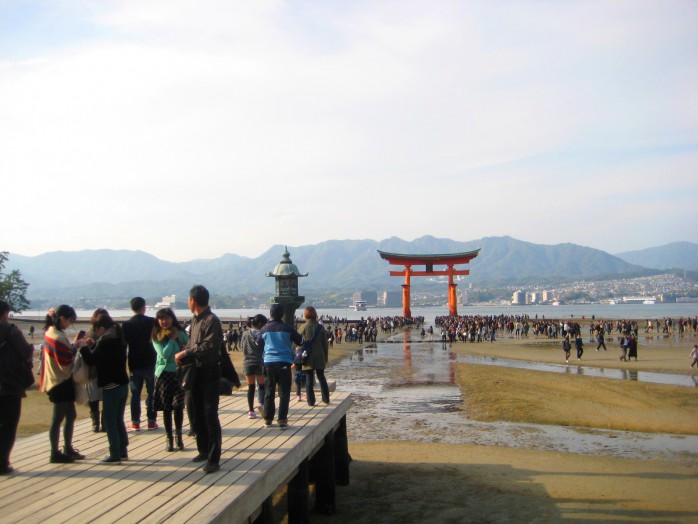 8 is lucky number for Japanese. In short, Itsukushima Shrine is greatly lucky Shrine.

Get your lucky in Itsukushima Shrine that is gathering Japanese lucky number 8! 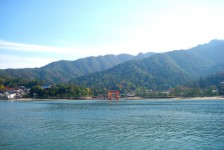 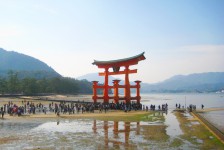 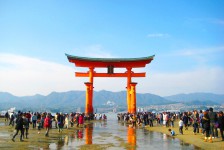 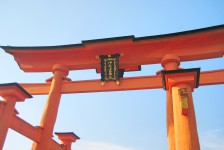 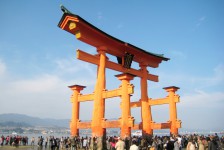 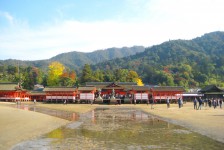 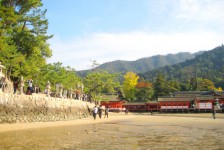 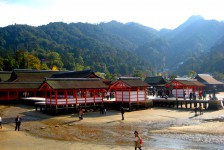 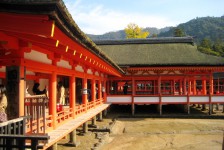 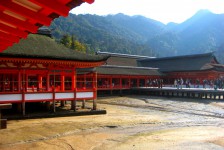 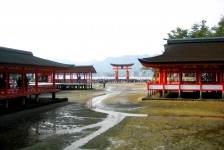 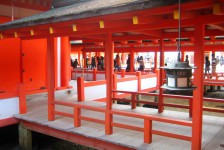 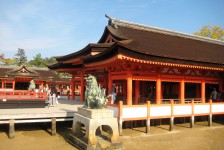 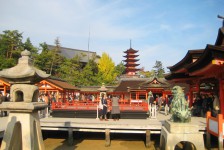 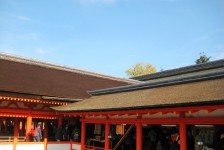