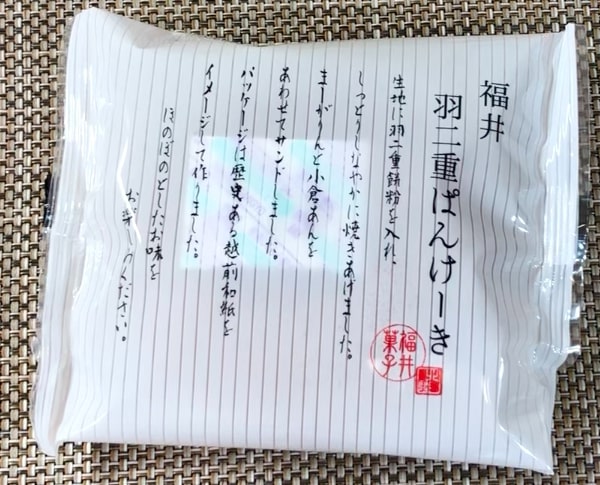 We are going to introduce you Japanese Omiyage. （*Omiyage is Souvenir or Gift of Travel） Speaking of Fukui Prefecture, Tōjinbō is famous where sometimes counted as one of the three major world rate scenery. It is known for scenery which raging waves of Sea of Japan beating the cliffs. Fukui Prefecture is also famous for producing textiles. So, we will introduce Omiyage with fabric motifs. 【Japanese WEB】 http://japan-history-travel.com/?p=10796 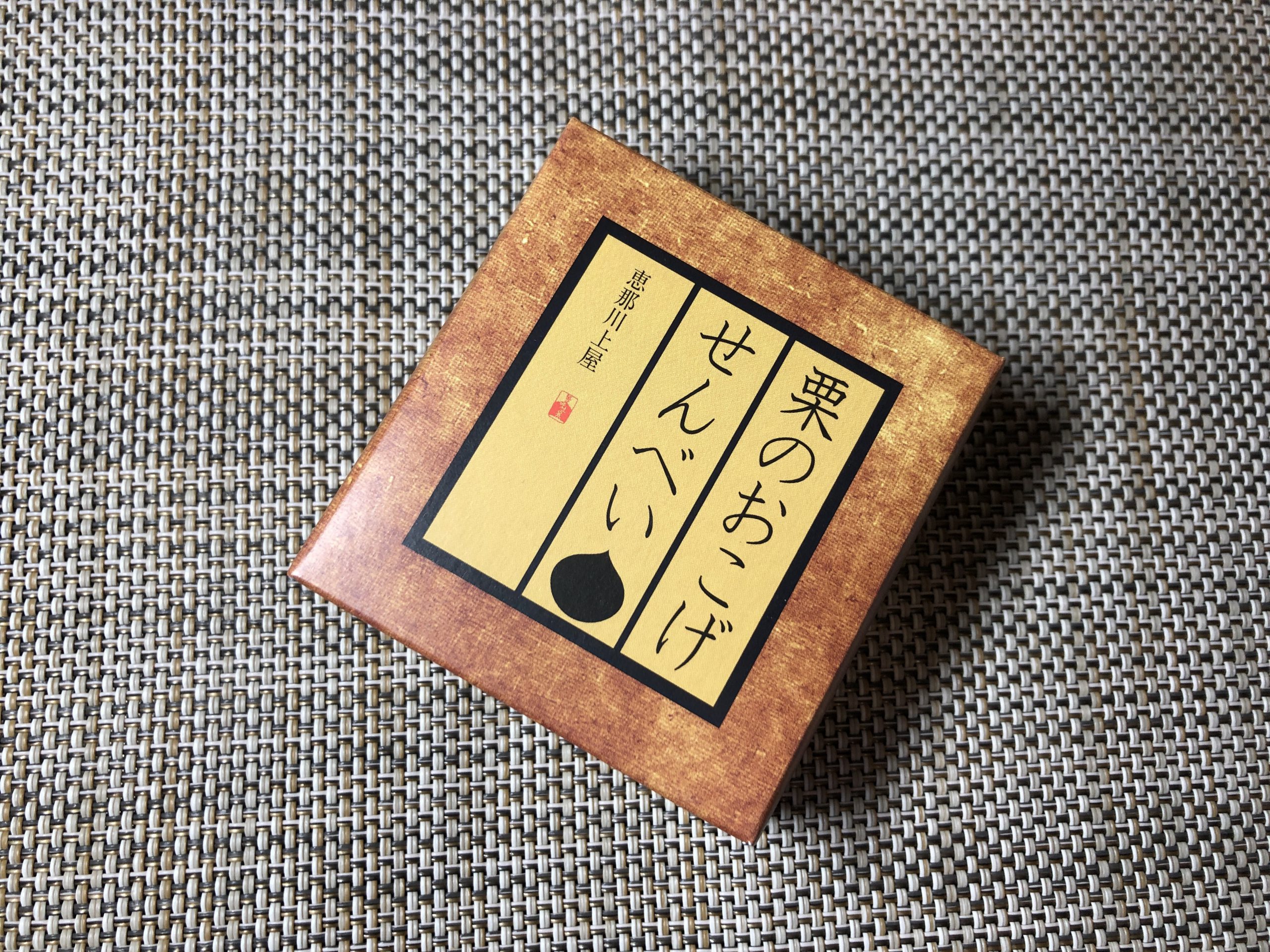 Read More
Open: Amazing history of dry bread; how to eat it in Japan. 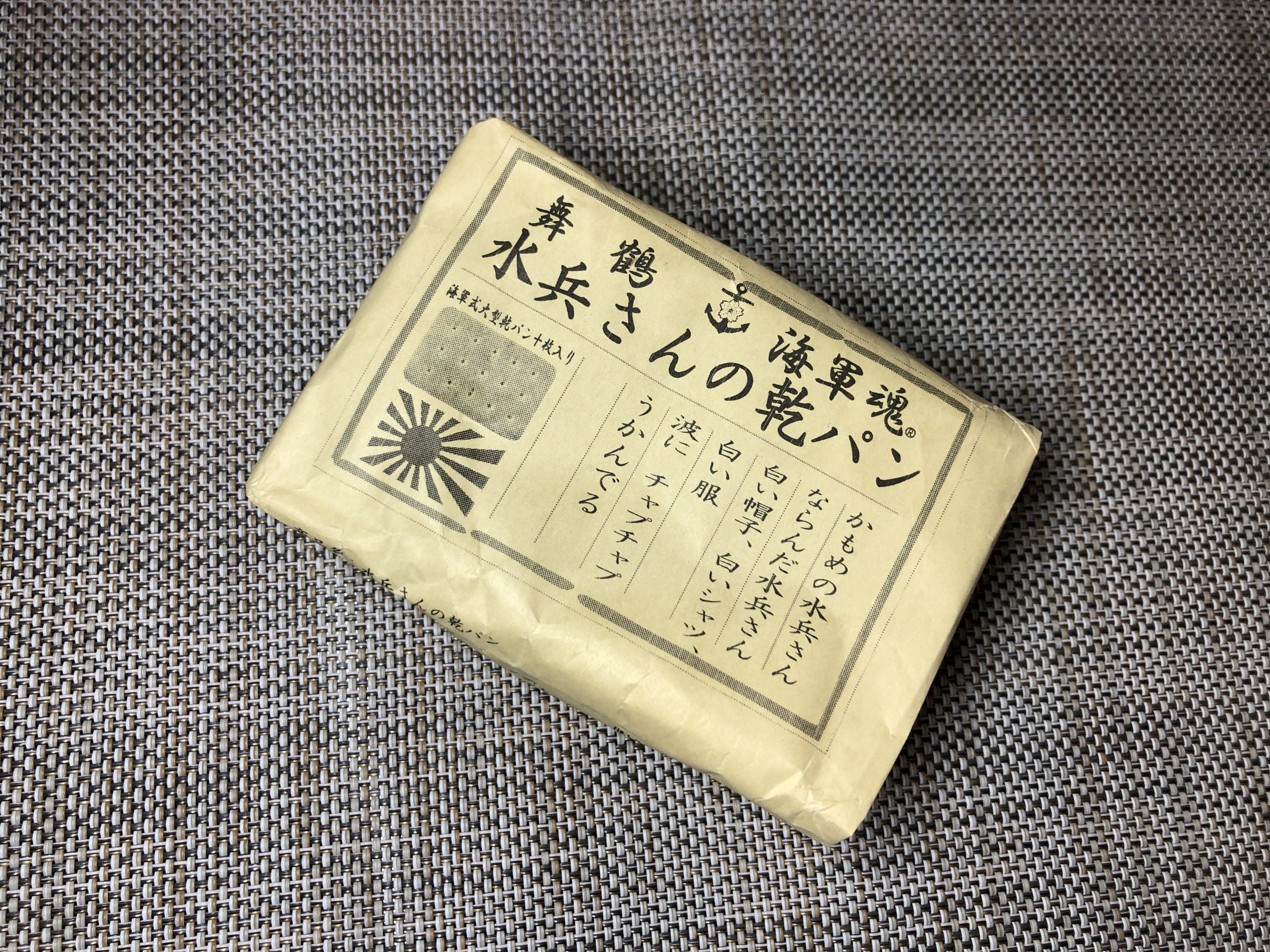 We are going to introduce you Japanese Omiyage. （*Omiyage is Souvenir or Gift of Travel） This time, Maizuru of Kyoto Prefecture. Maizuru is known as port city for Red Brick Warehouse or Military base of Japan Maritime Self-Defense Force. We bought an omiyage called “Dry Bread of Sailors”. 【Japanese WEB】 http://japan-history-travel.com/?p=10778

Read More
Open: One dog that has continued to protect the city of Otaru with a traditional atmosphere 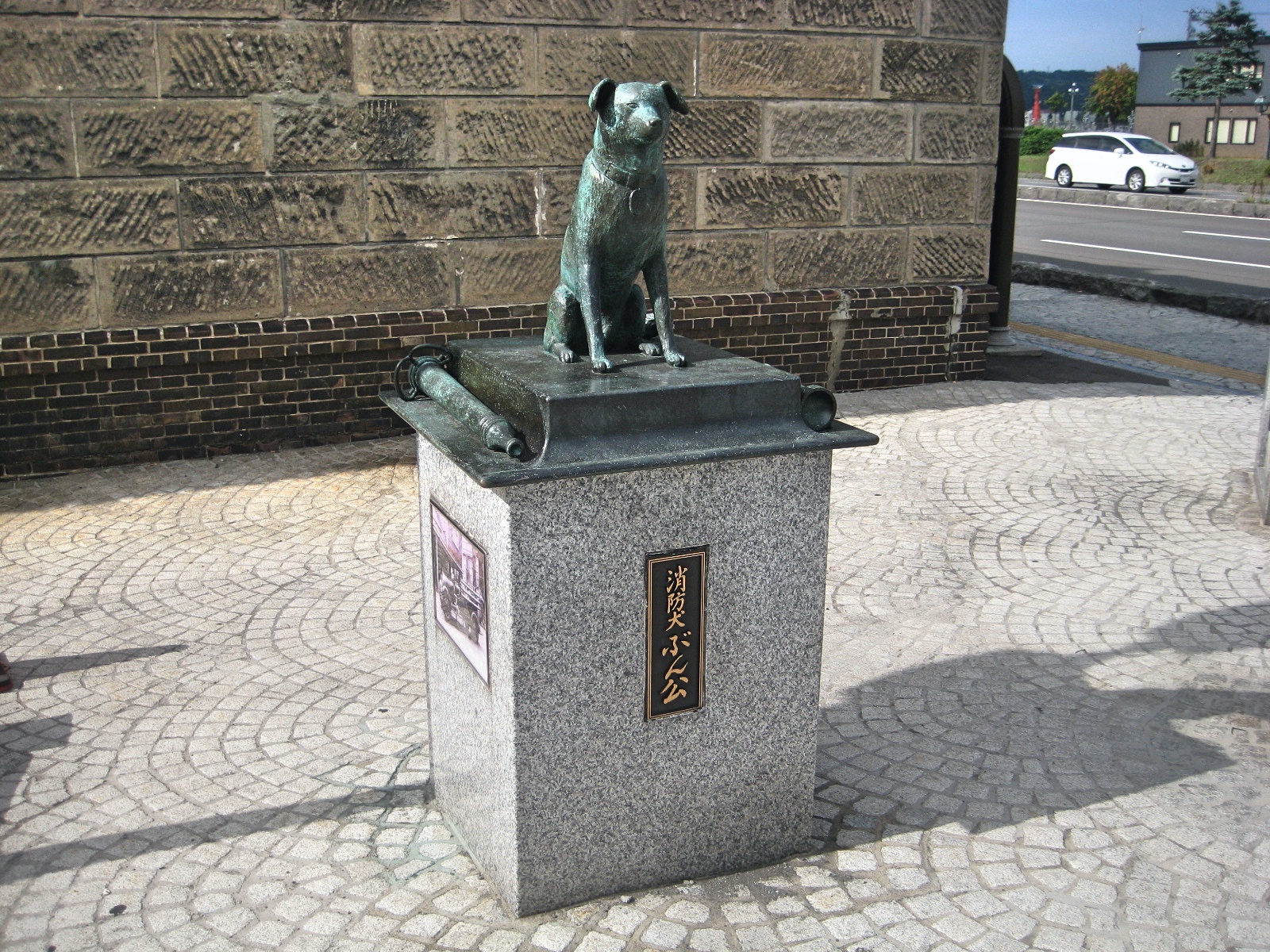 Otaru in Hokkaido has developed as a port city from long ago.↑Otaru Especially the modernization policy of the Meiji Restoration (1867~1889) has accelerated the development of Otaru. At that time, Japan was focusing on industrialization as a national policy in order to be on par with the Western powers. One of the essentials for that was coal. The government, which knew that high-quality coal could be collected in Horonai area, decided to install a railway between Sapporo and Otaru. Only six months after the start of construction, the third route in Japan was completed, following Shinbashi-Yokohama and Kobe-Osaka, in 1880. Otaru, which played an important role in promoting national policy, … Read More 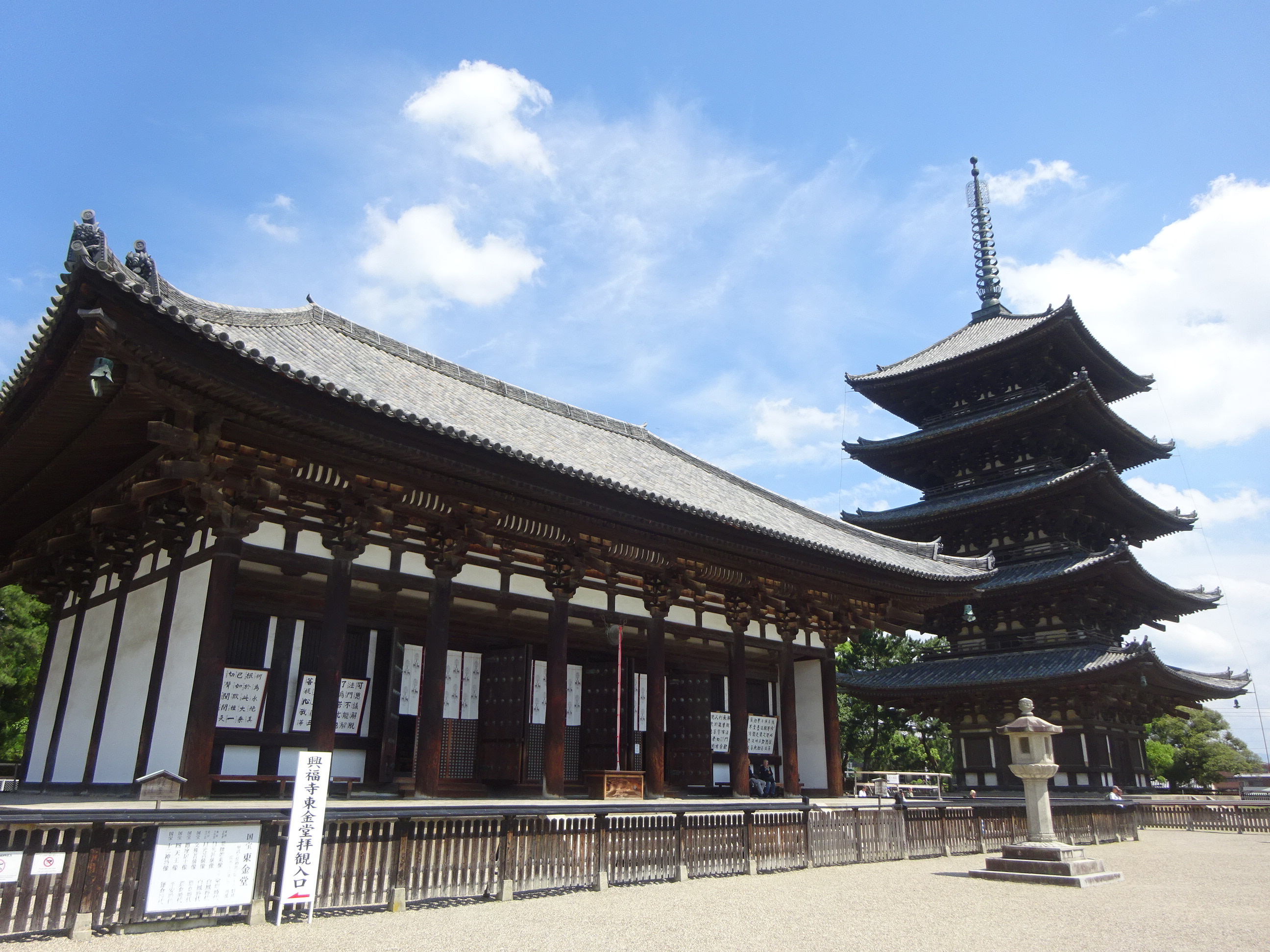 The sign of antiquity wraps the skin softly. There is nothing like a sense of intimidation there despite there is powerful. If anything, it will bring calm to your heart. Tō-kondō (East Golden Hall) of Kōfuku-ji Temple and Five-story pagoda in Nara prefecture standing majestically behind it have such the atmosphere. ↑Kōfuku-ji Temple_Tō-kondō & Five-story pagoda But this is our sense of living the present day. It was the clan temple of “Fujiwara clan” that is said the largest clan in Japanese history at the time of establishment. It can be imagined that it was probably overwhelming because it was a powerful force from ancient times to the Middle Ages. The … Read More

Read More
Open: Satsuma shochu is a by-product of a certain purpose? 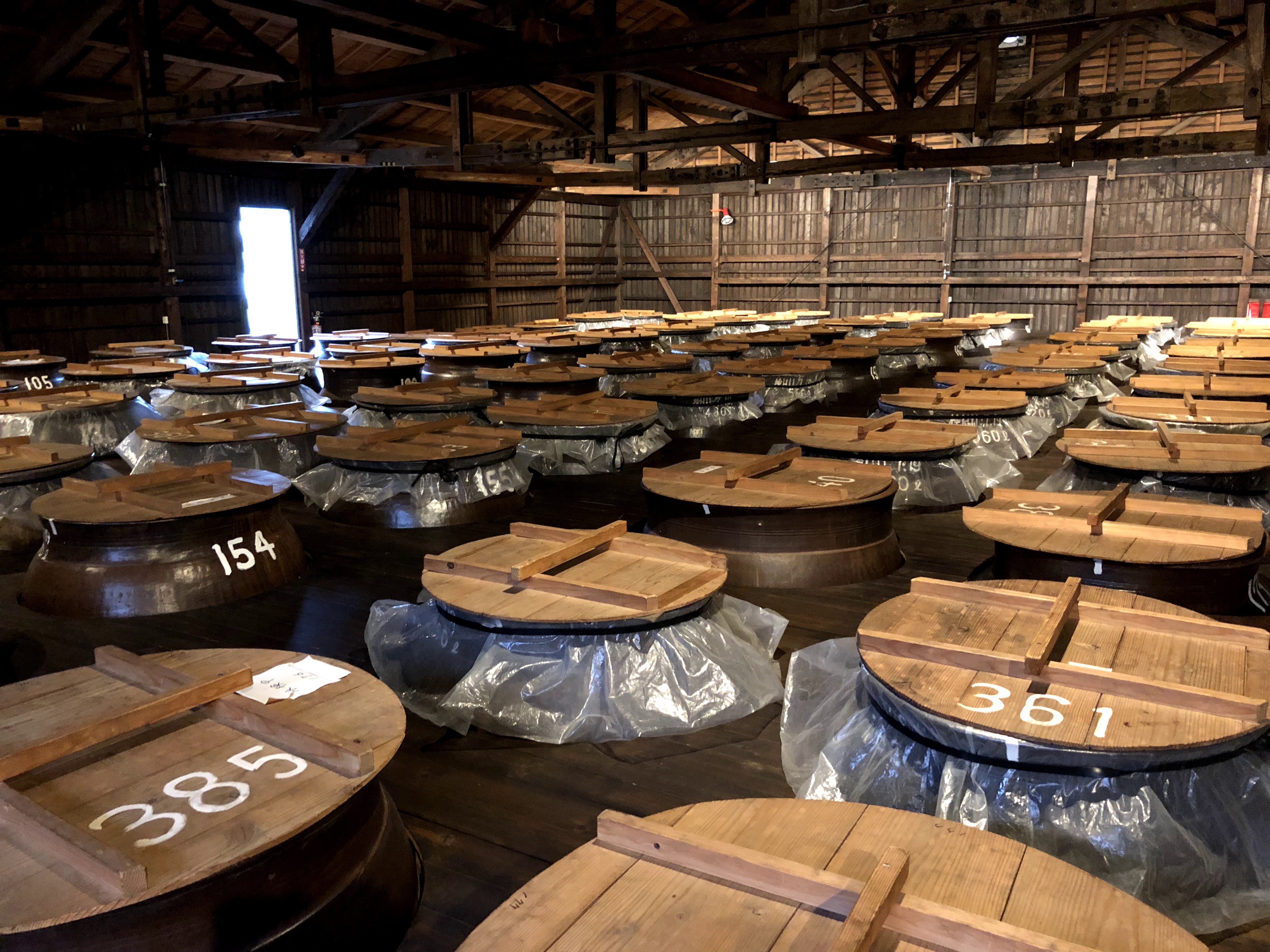 A sweet smell that I can’t express well is breathing in the building, and it makes me feel like I am in the air. One of the typical special products of Kagoshima prefecture is Satsuma shochu. *Shochu is a kind of alcohol. Ichikikushikino is one of the best shochu production areas in Kagoshima prefecture. I visited Denbeegura of Hamadasyuzou. *Denbeegura is plant of shochu. *Hamadasyuzou is company name. So, let’s learn for Satsuma shochu with photos of Denbeegura this time! I will explain for shochu simply. Shochu is a kind of spirits, and it is classified to pot distillation and continuous distillation in Liquor Tax Act of Japan. I think … Read More

Read More
Open: What should we use medicinal plants of Mt. Ibuki for? 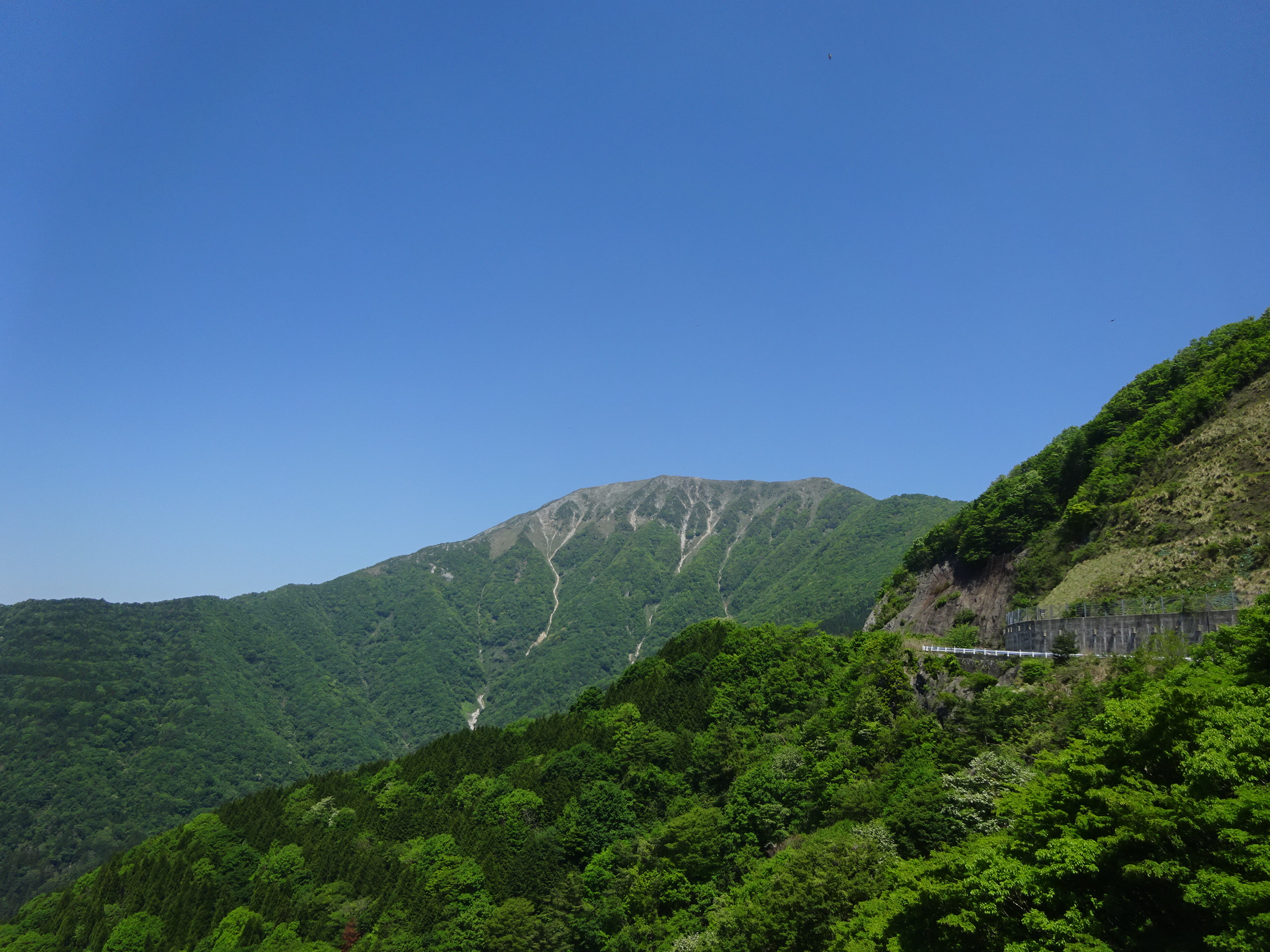 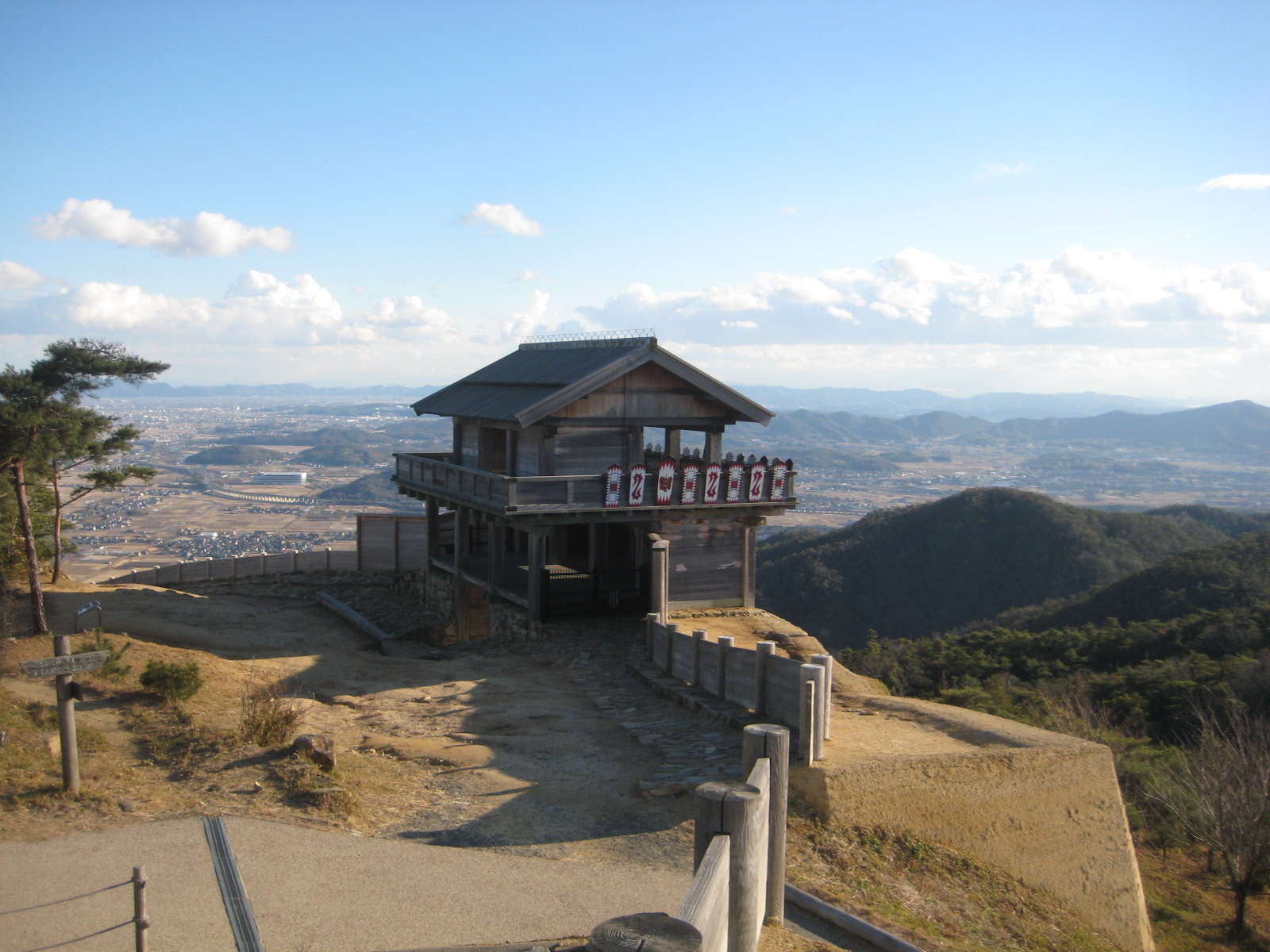 A mysterious mountain castle that is not written at all in the history book, and the truth is not elucidated yet. The castle name is Kino Castle. The literal meaning is castle of Oni (Oni is demon or ogre).↑Kino Castle There is an old tare called “Momotaro” that every Japanese people know. Momotaro is translated as Peach Boy. It is story that Momotaro who was born from peach gets rid of the Oni who ransacked a village. Kino Castle appears as a castle of Oni in the Momotaro folklore.↑Kino Castle Although the castle is surrounded by mystery, some guesses have been made. Kino Castle is belonging to “Ancient mountain castle” … Read More

Read More
Open: Things that you can see at Daisenryo Tomb 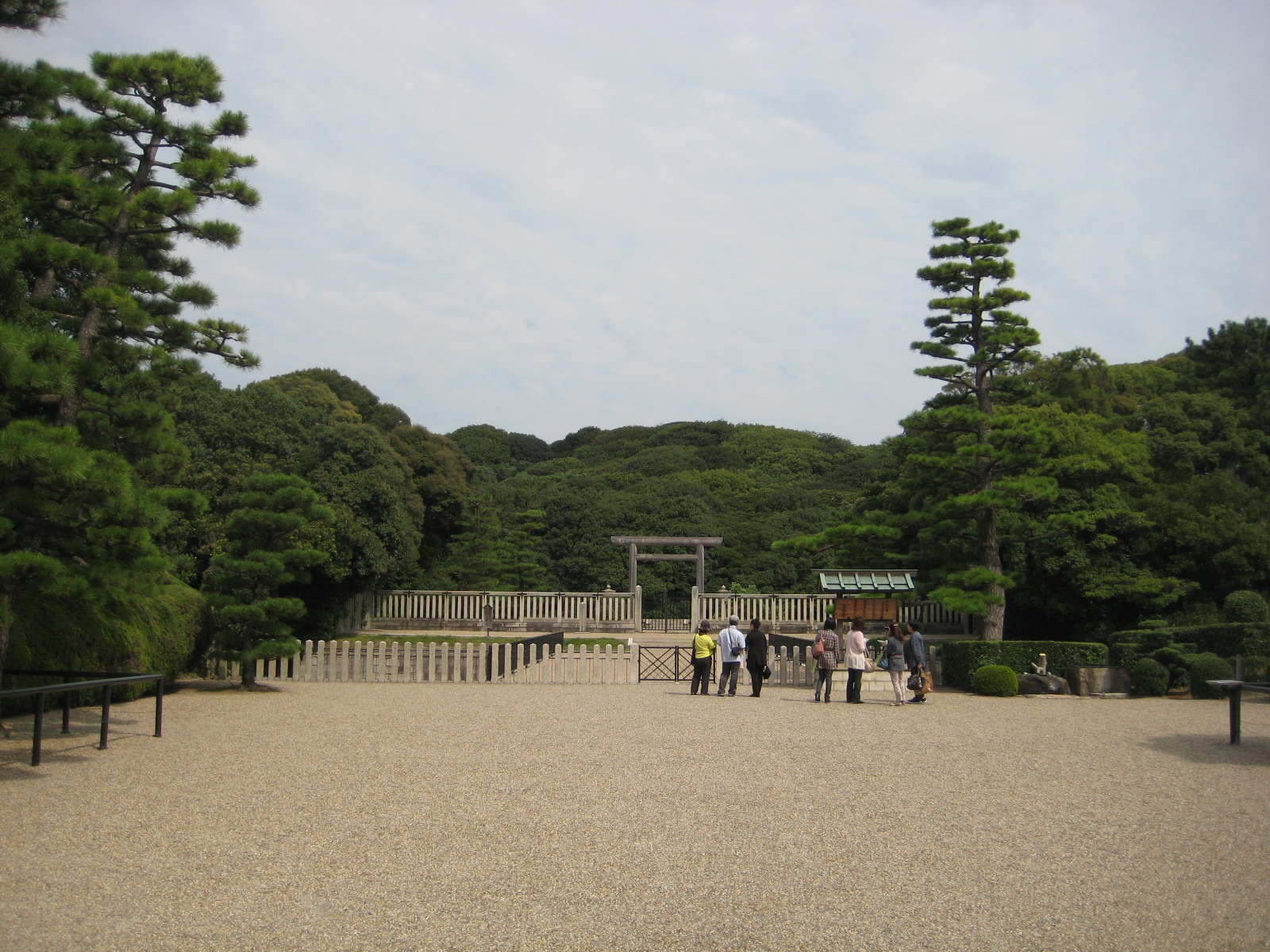 It’s the biggest ancient tomb in Japan! It’s the biggest ancient tomb for the surface area in the world! And then, it’s is one of the world three major tomb along with Pyramid of Khufu and Mausoleum of the First Qin Emperor. That’s Daisenryo Tomb! It shape is the large keyhole.↑Daisenryo Tomb (Reference: Wikipedia) The concrete dimension is as followings. Length=486m Front Square portion: Width=305m, Height=33m Rear Circle portion: Diameter=245m, Height=35m It is the super huge grave! But, but, but…Unfortunately, when we see the grave nearby, it is just small hill. If nobody tells, we can’t understand what it is.↑Daisenryo Tomb However, there is a hot topic that Daisenryo Tomb … Read More

Read More
Open: The relationship between the clock that has been stored in Kunozan Toshogu Shrine and Ieyasu 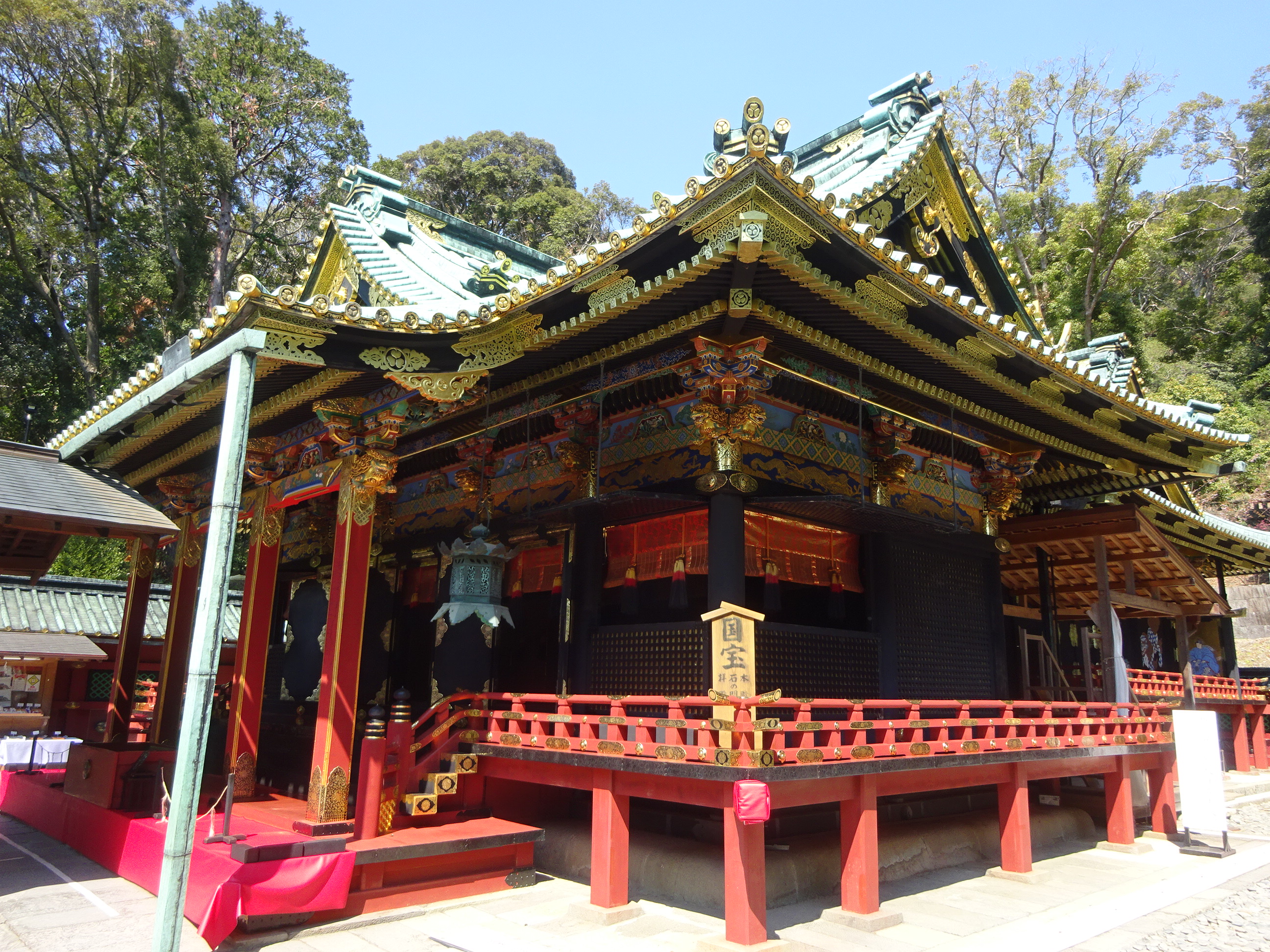 Shine and bright colors of gold foil that reflected by sunshine and throw to the eyes will leave as intense memory. Kunozan Toshogu Shrine whose Honden (the literal meaning is ‘main hall’), Ishi-no-ma (the literal meaning is ‘stone room’), and Haiden (the literal meaning is ‘worship hall’) are designated as a national treasure is a place where the deceased person was buried by the testament of Ieyasu Tokugawa.↑Kunozan Toshogu Shrine The shrine decorated luxurious and delicately was constructed in a short period of only one year and seven months from May 1616 to December of the following year by the order of the second Tokugawa Shogunate Shogun Hedetada. It’s amazing … Read More