This error message is only visible to WordPress admins


Error: API requests are being delayed. New posts will not be retrieved.

Error: API requests are being delayed for this account. New posts will not be retrieved.

Make sure this account has posts available on instagram.com. 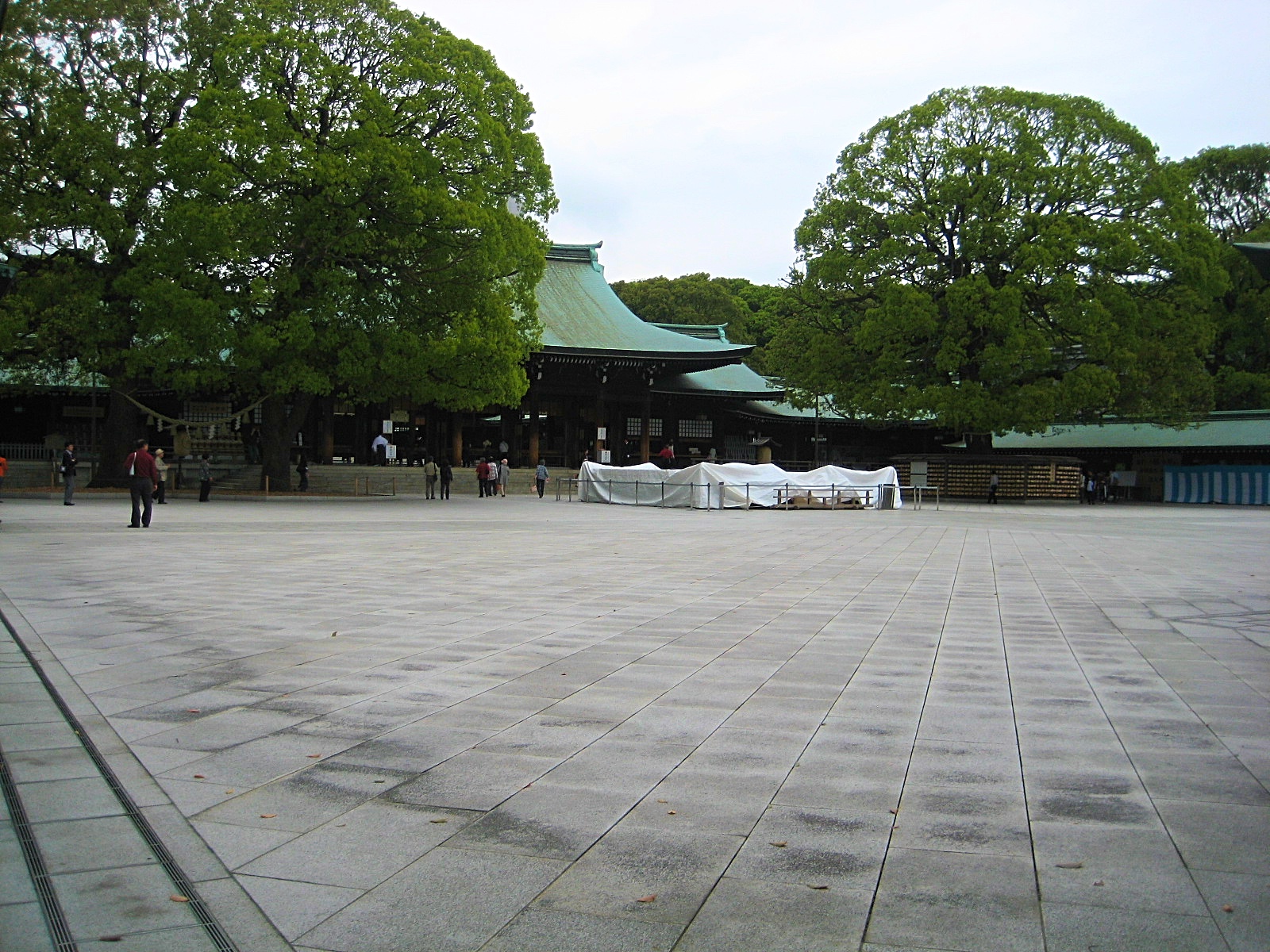 Tokyo of Japanese capital city was called Edo formerly. The Tokugawa regime that was established by Ieyasu Tokugawa was located in Edo for 250 years from 1603 to 1868. It seems that population of Edo was more than 1 million in the beginning of 18 century. The representative city of Europe in the beginning of 19 century were London 860 thousand and Paris 540 thousand, so it is presumed that the population of Edo in the beginning of 18 century was the greatest in the world. After changing name from Edo to Tokyo, the city has grown, and now it was metamorphosed into the biggest megacity in the world. The … Read More

Read More
Open: Is there Kobori Enshu CODE in the garden of Konchi-in Temple? 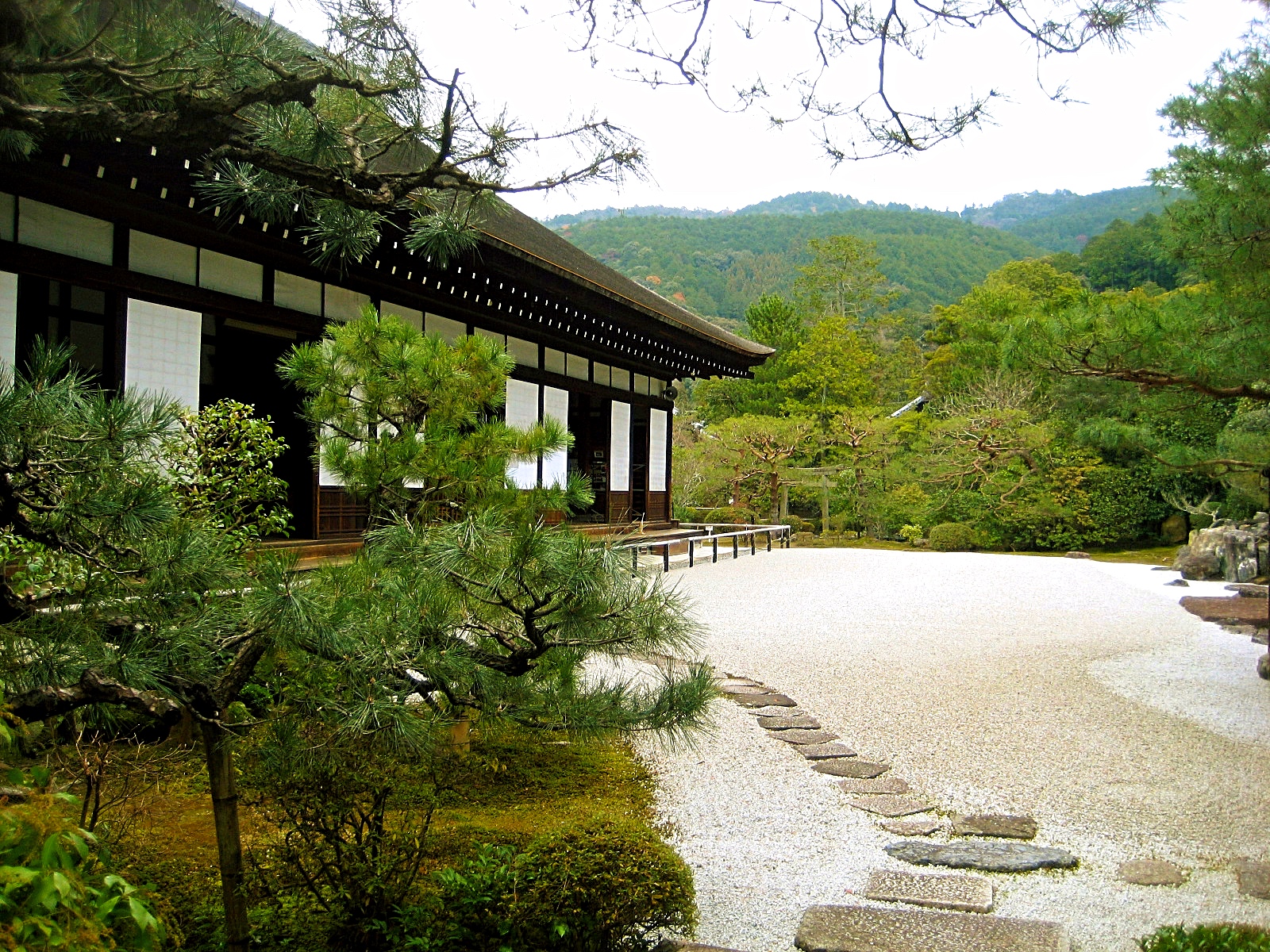 Leonardo da Vinci He is called Universal Man, and left many achievement for picture, engraving, architecture, music, science, mathematics, engineering, invention, anatomy, earth science, topography, botany and so on. Kobori Enshu was the 2nd lord for the domain of Bichu Matsuyama,the after that, he became the 1st lord for the domain of Omi Komuro, but he also took an active part in the tea ceremony, the art of flower arrangement, architecture, garden designer, ceramic art, invention, calligraphy, poem and so on. Consequently, he is called Leonard da Vinci of Japan. It is enviable he has versatile ability! This is off the topic,but there is a Konchi-in Temple that is sub-temple … Read More 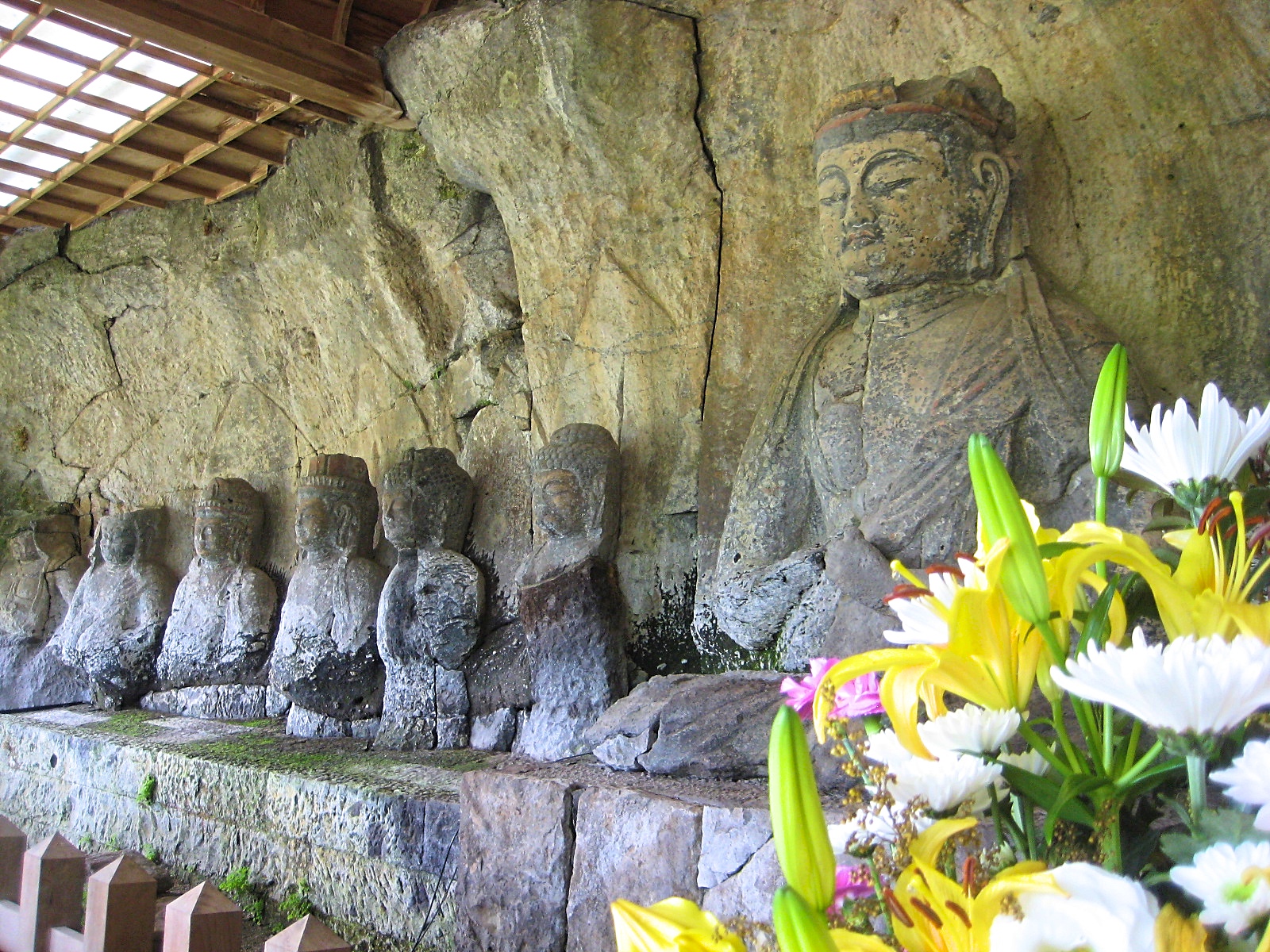 A ship was washed ashore in Usuki of Japan in 1600. The name of ship was Liefde that was the Dutch ship. The chief navigator was English person William Adams. Adams was given Japanese name “Miura Anjin”. He was active as negotiator and interpreter with foreign missions under Ieyasu Tokugawa who was first Shogun of Tokugawa regime. He also educated geometry, mathematics, navigation and so on to the executives of Ieyasu. His name appears on history textbooks in Japan, so he is famous among the Japanese. By the way, there is a theory William Adams became model of novel “Gulliver’s Travels”. Japan is the only existent country among the fictional … Read More 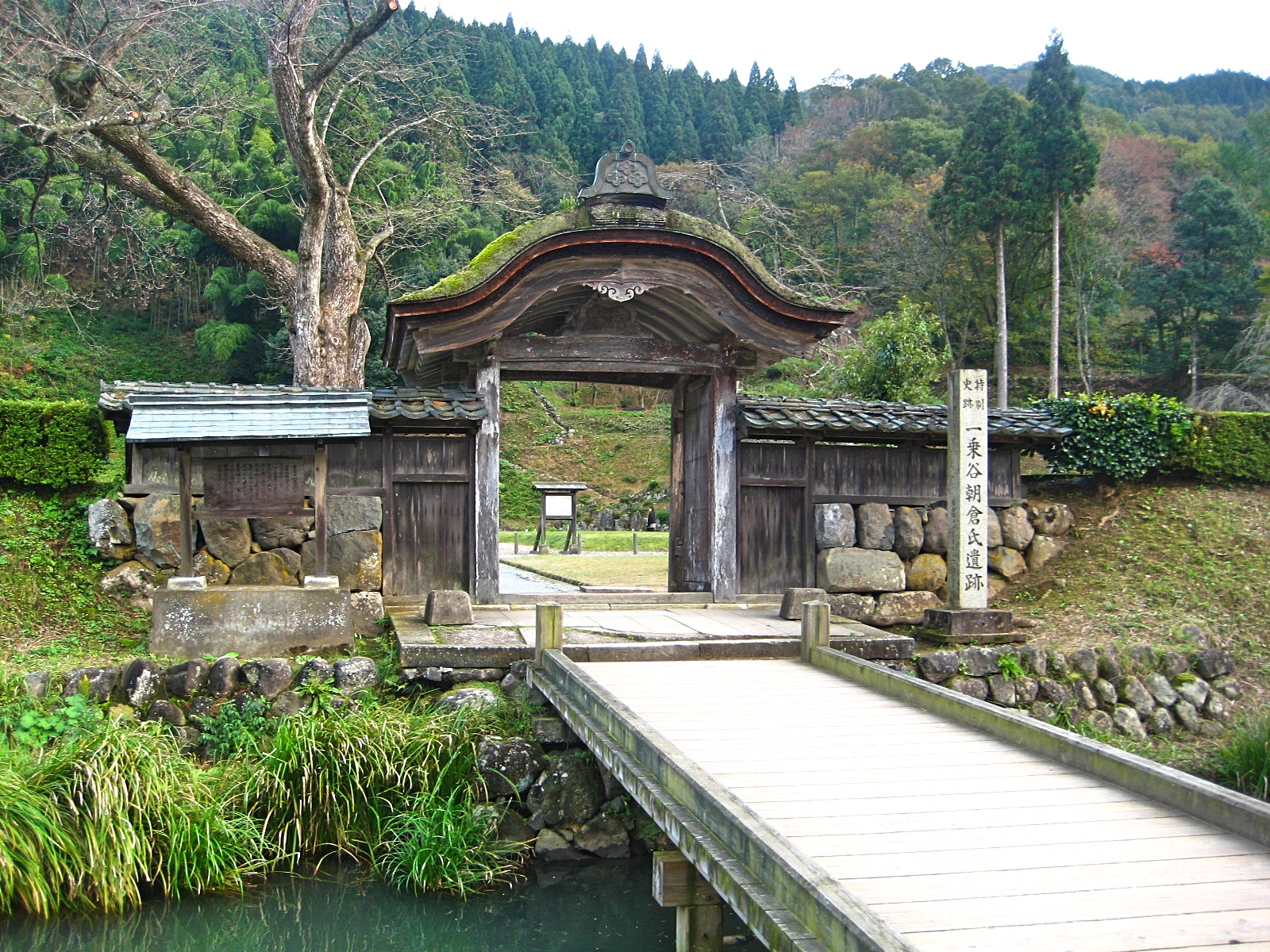 Pompeii of classical Roman city in Italy its population was estimated 10,000 or 20,000 people was buried under the volcanic ash and stone by the eruption of Mount Vesuvius in AD 79. The excavation of this ancient city has been started in the middle of 18 century, and then it was awakened from sleeping of 1700 years. Approximately 2.5 mil tourists visit this world-famous ruins every year. It says the Japanese version of Pompeii is Ichijodani Asakura Family Historic Ruins! About 450 years ago, Japan was in the midst of the Age of Civil Wars period. Asakura family was a powerful family who was at the height of their prosperity … Read More 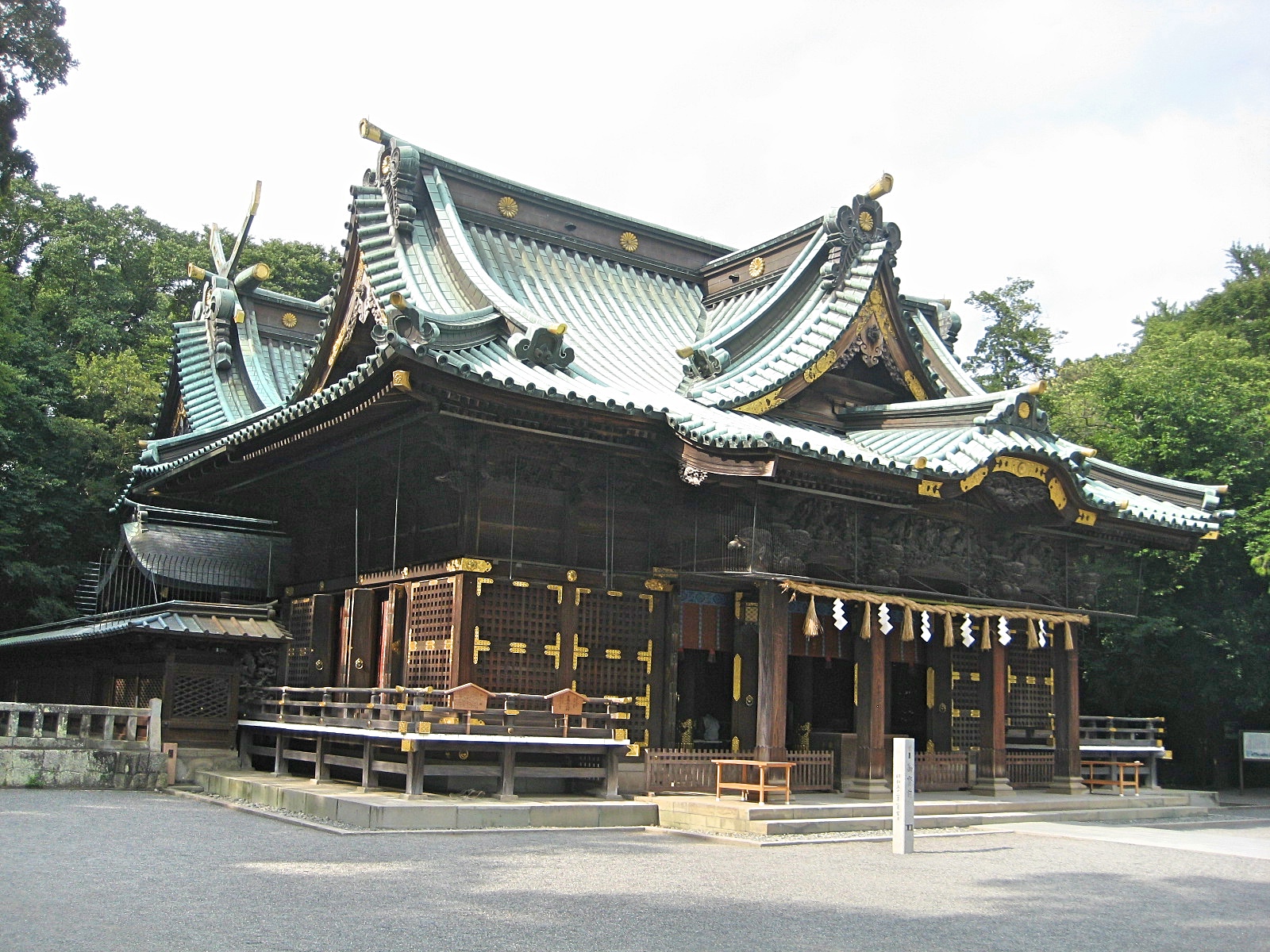 Let’s first start with history of calendar in Japan. It was in 604 the calendar was started to use in Japan. In Japan, at that time, lune-solar calendar was used, and the calendar had been used until beginning of Edo era (Edo is from 1603 to 1868). Japan dispatched the mission to China, and got the calendar. However the error of 2 years occurred, because the information of revision had stopped for more than 800 years since the mission to China was abolished in 894. Edo shogunate (regime) commanded to correct that, and it was completed in 1685. The calendar was named Joukyou-calendar. The revision after an interval of 800 … Read More 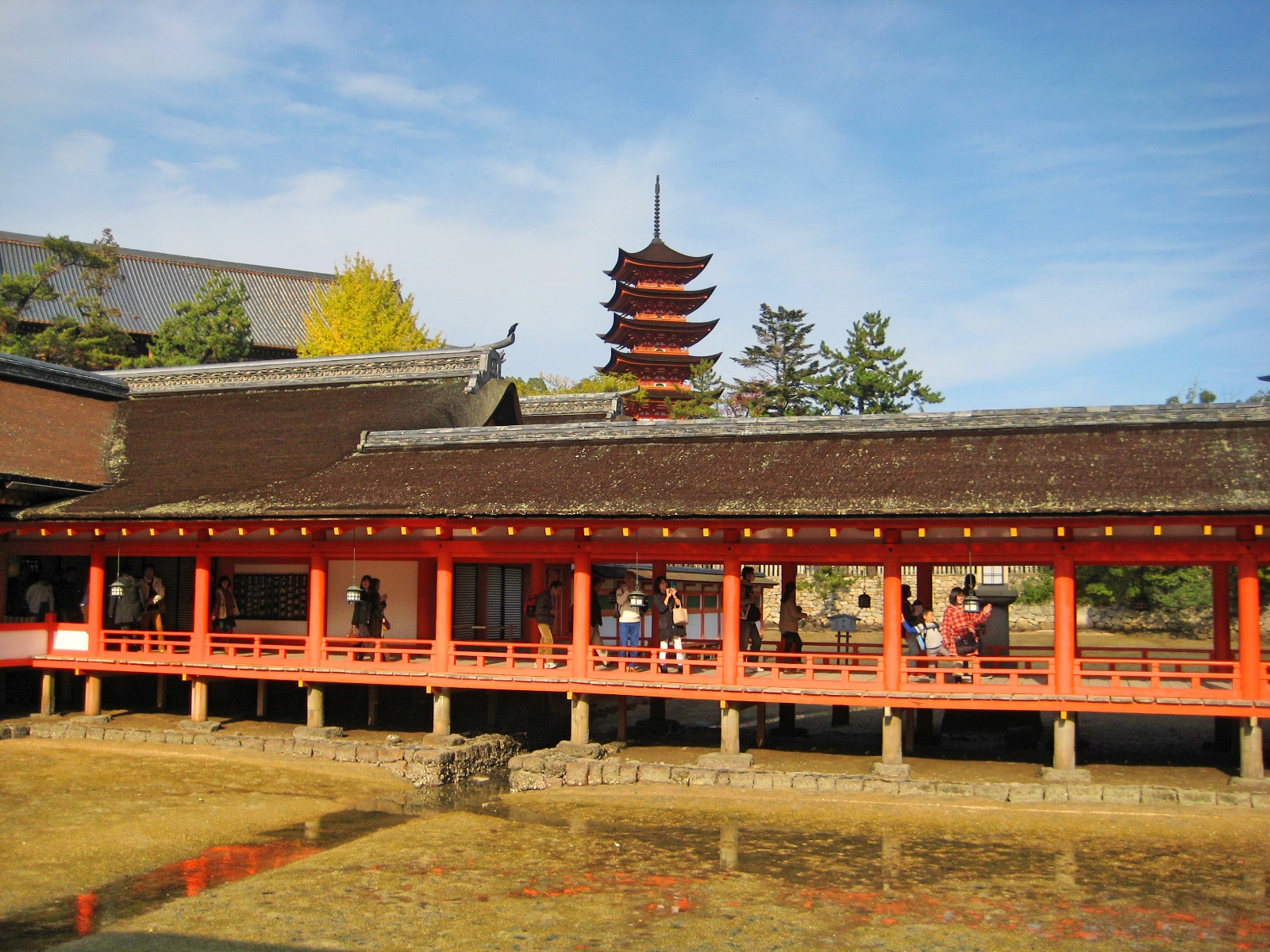 Read More
Open: The fundamental idea of iPhone were transmitted from Eihei-ji Temple? 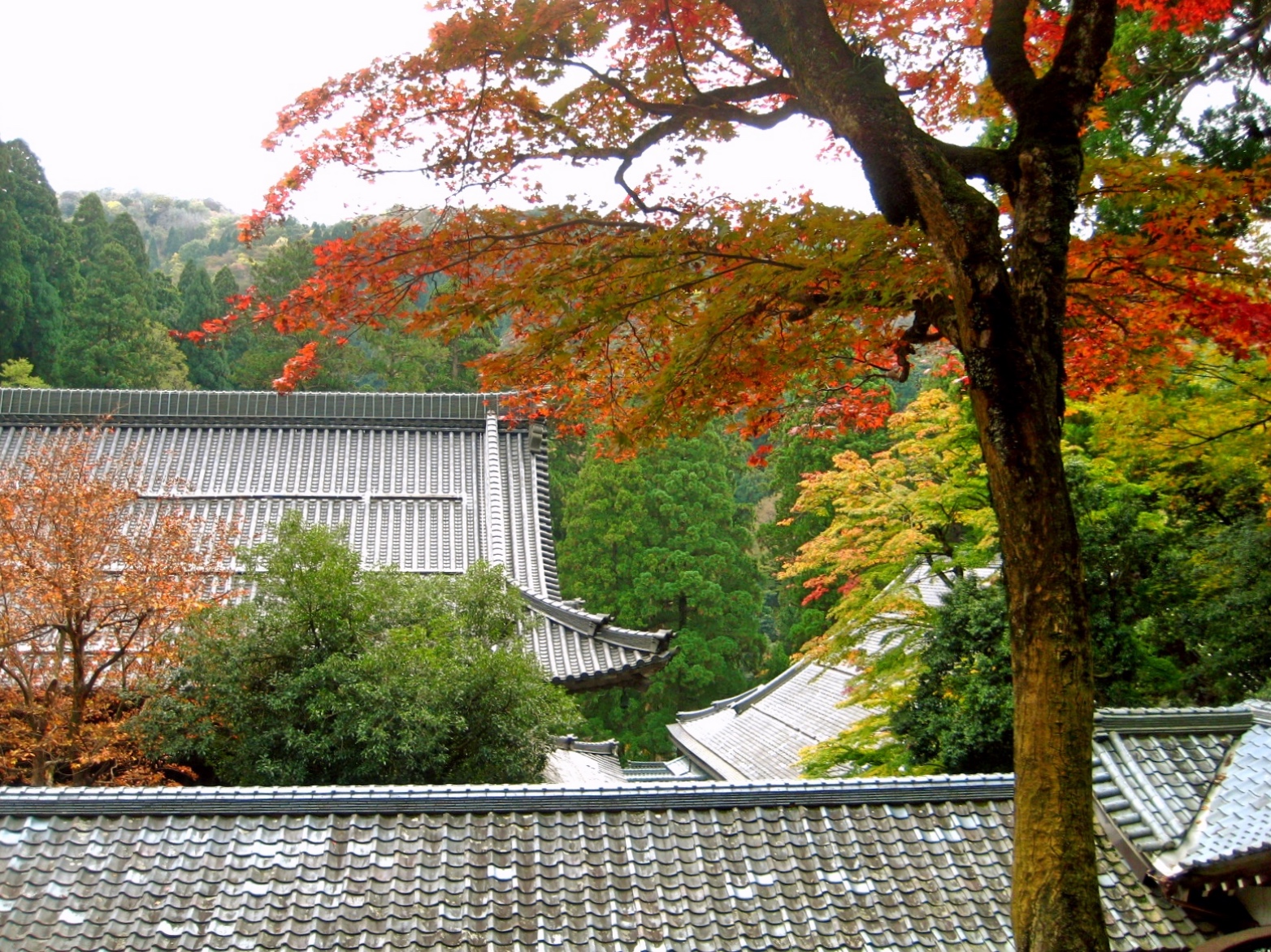 He is one of the founder of Apple, and also develper of iPhone. Do you know who it is? That’s right! He is Steve Jobs. There is an anecdote as following for Jobs. He came into contact with Zen in his adolescence. He met buddhist priest of Sotoshu sect, and studied. The basis of the teachings of Sotoshu sect is inside of Zen meditation. Jobs was fascinated strongly by Zen, so he tried to enter into priesthood at Eihe-ji Temple which is the head temple of Sotoshu sect, but he was dissuaded. Priest Dogen founded Eihei-ji Temple in 1224. Dogen wrote a famous thought book “Shobogenzo”. And also, there is … Read More 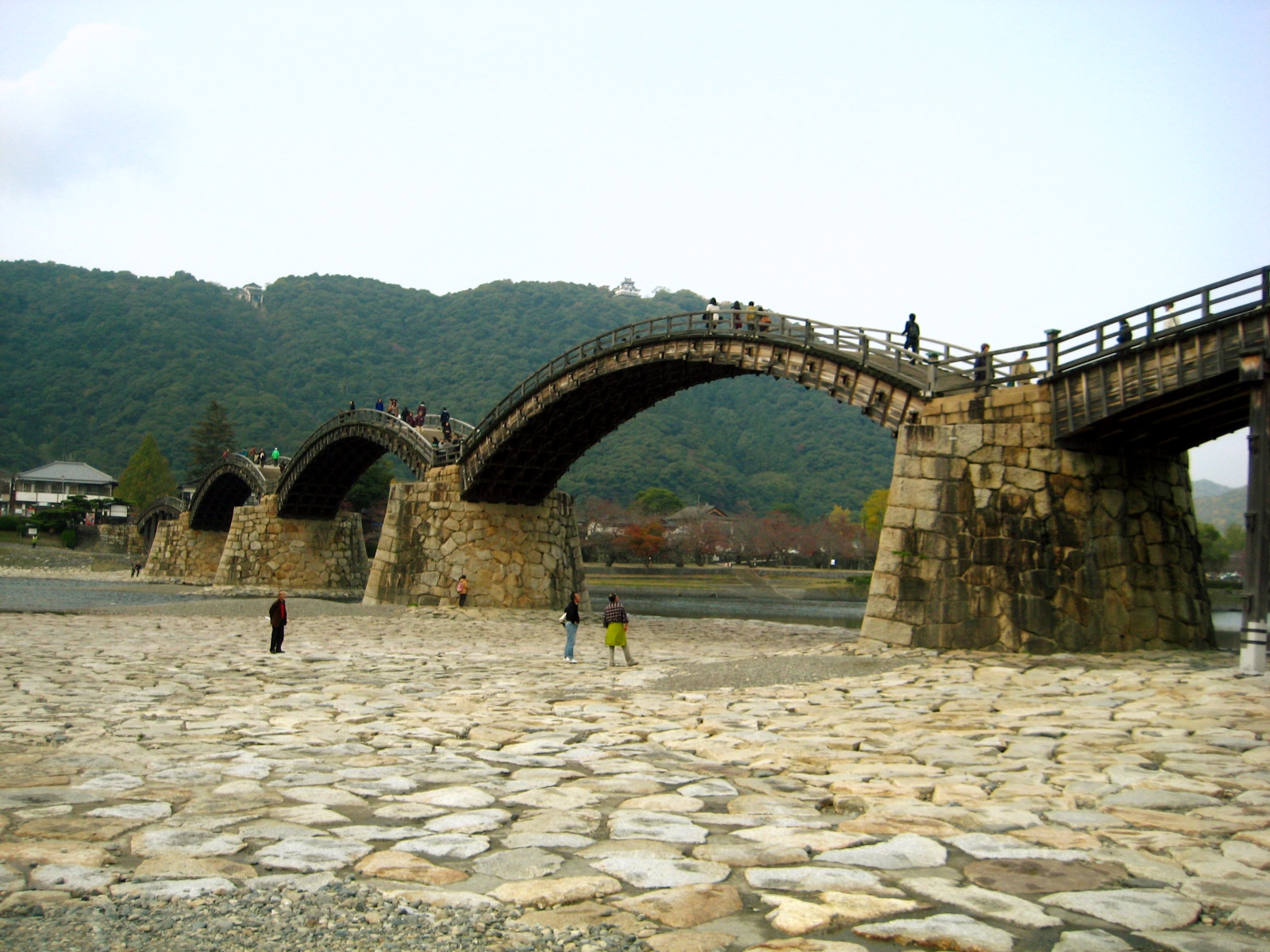 It’s like woodwork! We might be able to say Kintai Bridge is the huge work of art in the shape of bridge!   The unique structure is genuine woody arch bridge from the view point of dynamics, and also it is unparalleled only one bridge in the world which is called “Kintai style arch bridge”. Results of the investigation, it is too high-level bridge technically which is said “The method is consistent with the rules of modern mechanics and it is not room for any improvement”. In fact, the geometric wood combination looked up from under the bridge makes us feel the height art of building. Why the great bridge … Read More

Read More
Open: The History which is graved on the floor of the Tokyo Station and Shinkansen as the Japanese pride 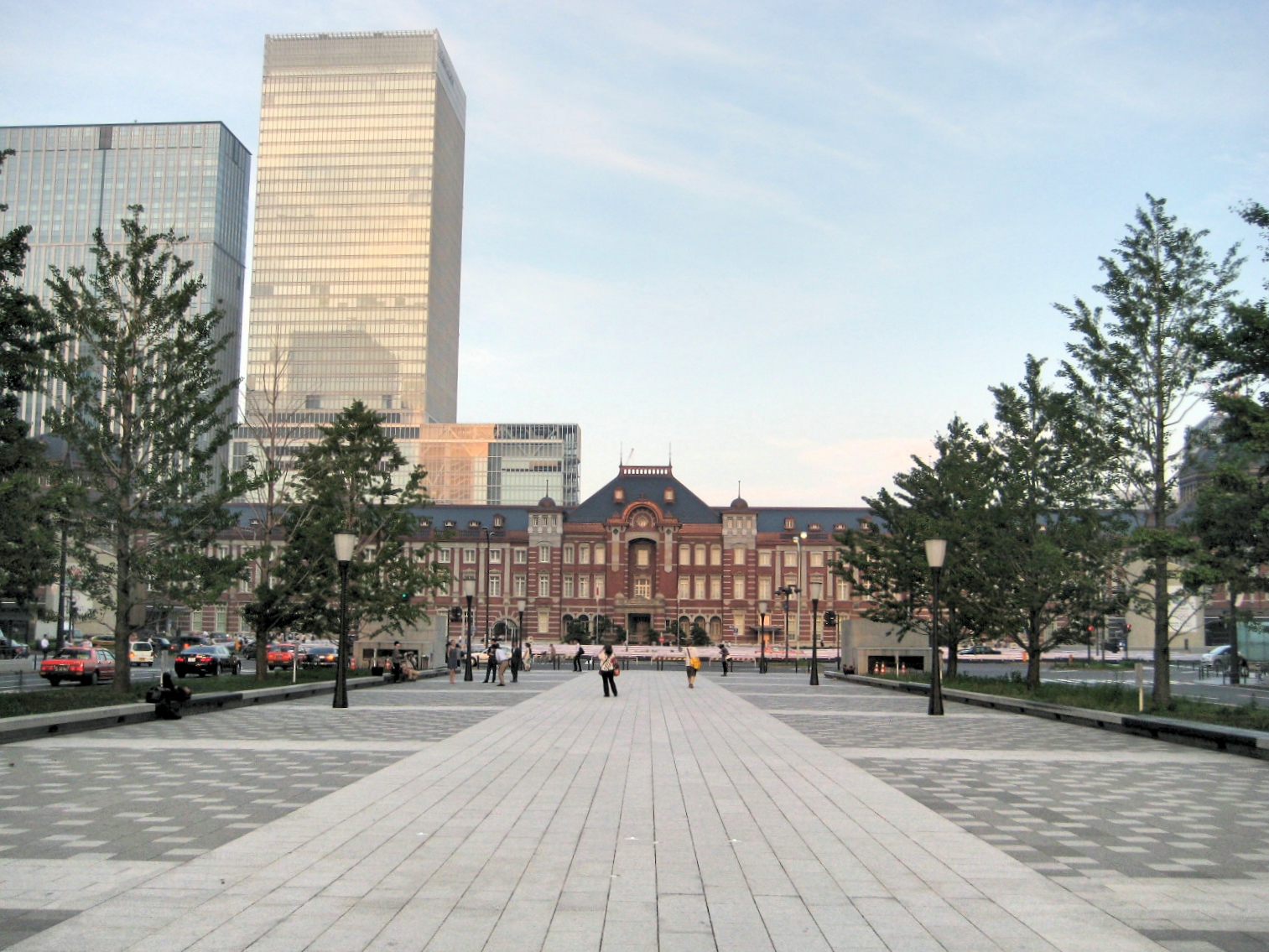 The skyscrapers form the modern townscape. The building has nostalgic appearance as if it resisted to the skyscrapers. Therefore the unobtrusive presence normally from speaking at the height of the building is the most conspicuous presence around. The elegant building made of red bricks which started operation in 1914 with name of the Tokyo Station has greeted 100th anniversary in 2014. By the way, if you would like to take a photo of the Tokyo Station, I recommend to go to the terrace of 6th floor of KITTE where is the front of south entrance of Marunouchi. ↑KITTE ↑The Tokyo Station from KITTE The large numbers of people have departed … Read More 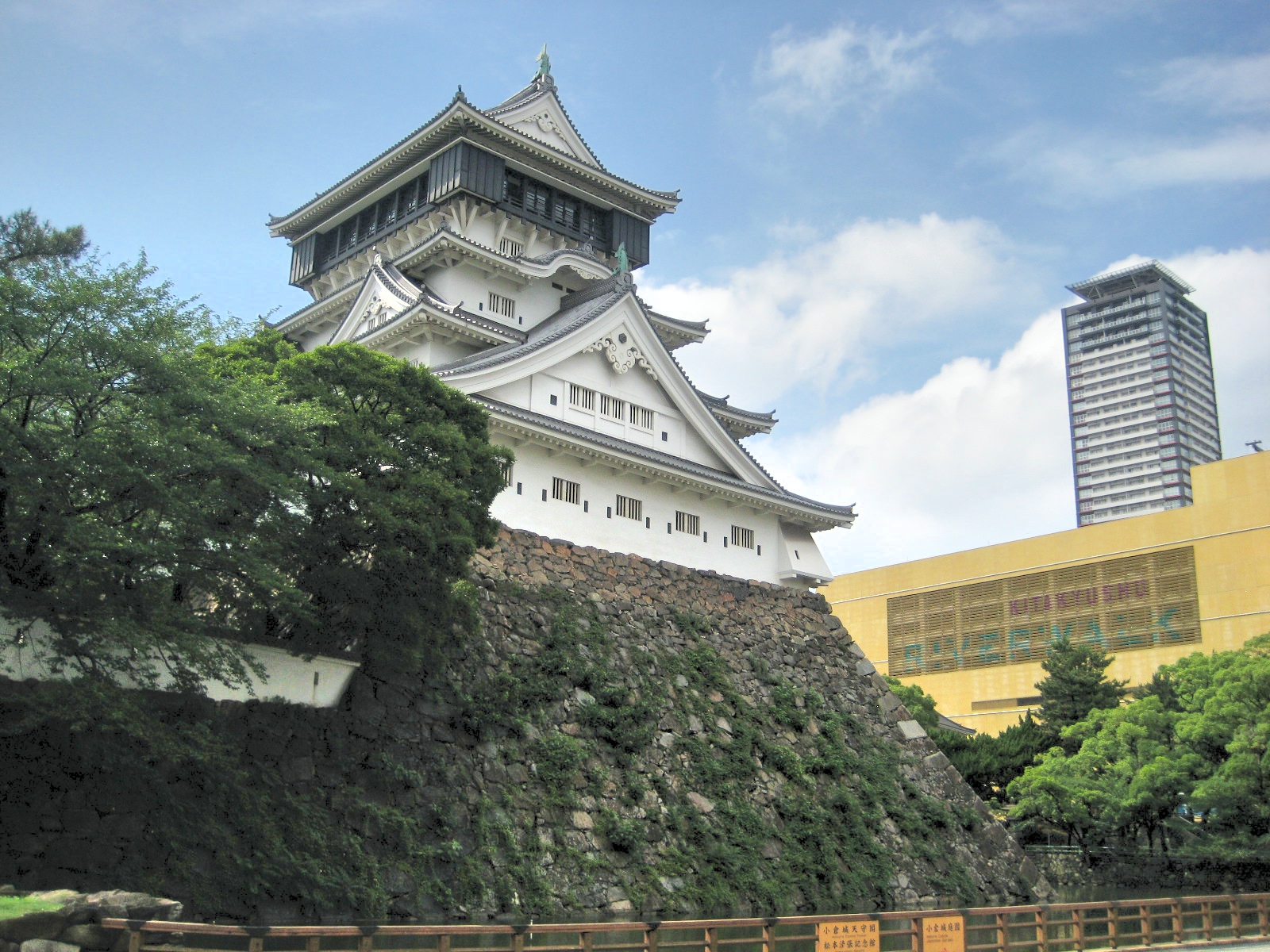 Kokura town of Kitakyushu city is the gateway of Kyushu. Tadaoki Hosokawa who achieved good results in Battle of Sekigahara in 1600 obtained territory of Kokura as reward. The town has developed greatly after that. ↑Current Kokura town of Kitakyushu city. Kokura Castle stand in the city centre was built by Tadaoki with 7years from 1602. Currently, inside of the castle is exhibition room which is introducing the history of Kokura Castle. There are Kokura Castle Garden and Matsumoto Seicho Memorial Museum around the castle which delights the eye of visitors. Kokura Castle Garden is area which is restored mansion of Ogasawara family who was the lord of Kokura Castle … Read More